Awesome Cake Designs To Surprise Your Parents On Their Anniversary

Celebrating your parents anniversary with utmost merriment and a thoughtful cake is your moral duty. And we know you have been outperforming the task ever since you have been able to do so. But the cakery that you have been purchasing the cake from hasn’t given you a variety of latest anniversary cakes design to choose from. 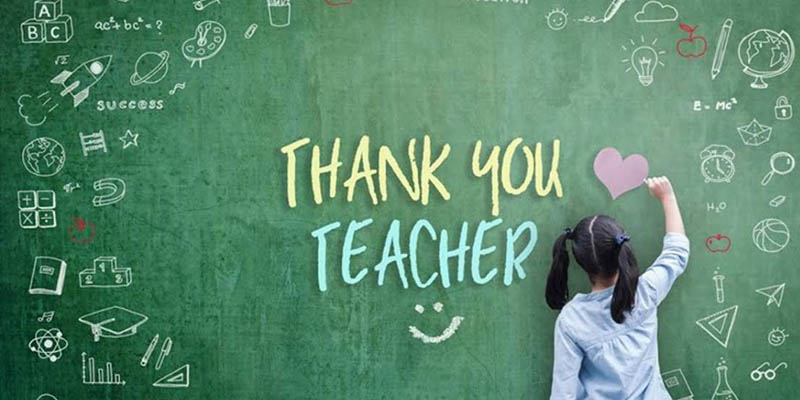 Today we bring you twenty awesome and beautiful cake design which will help the best to surprise your parents on their wedding anniversary. Apart from being a scrumptious treat to celebrate the momentous occasion like an anniversary, cakes can also define the eternal love and the journey of a couple with its design. You can have the design captured from here to be prepared by your favourite baker or can look for the anniversary cake online.

Without wasting a minute now, here we go:

Covered in whipped white cream with silver sprinkles and edible flowers on top, this is a match to celebrate 25 years of your parent’s togetherness. 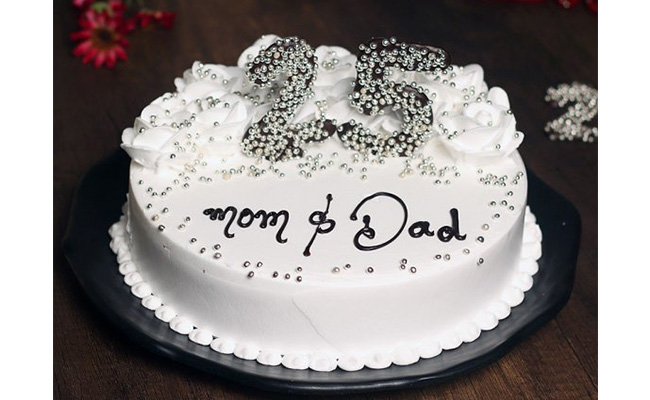 2. All Your Heart Anniversary Cake

Your day always had your mom’ back, and she has been leading married life with her thoughtful decisions and her home management skills. That’s what the cake defines!! 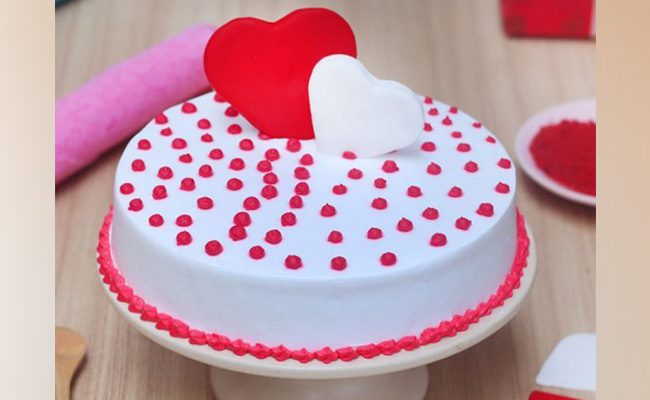 A beautiful white cake bound in ribbon-like design on the base side and topped with edible roses and fondant hearts is a perfect fit for anniversary celebrations. 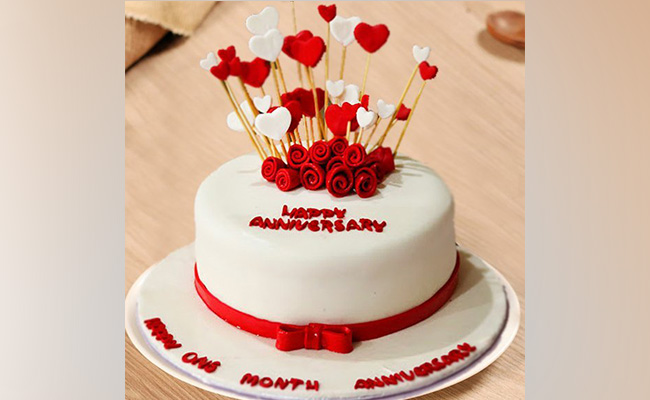 This one is a three-tier square-shaped cake with a design of chocolate dripping from every tier and topped with a miniature of a couple in wedding attire. 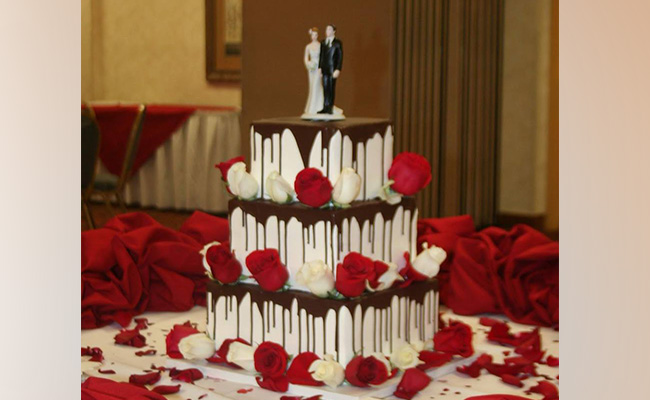 We bet your parents won’t stop smiling when you present them a cake so beautifully designed and toppers with the number equal to their anniversary. 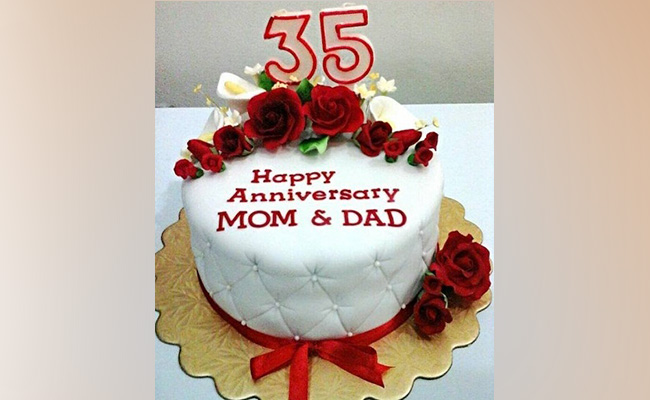 This cake has one of the best and eye-soothing cake design for parents anniversary. Along with the anniversary number, it also has space for their wedding date. 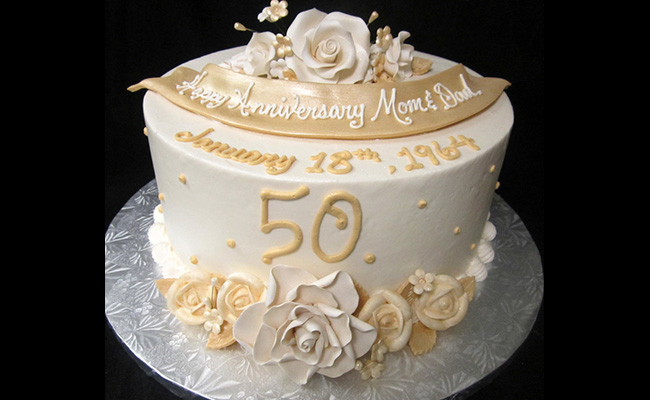 You can rely on anniversary photo cake to surprise your parents. Look at this one, with roses on top and throwback photos on the side; it makes the anniversary more special. 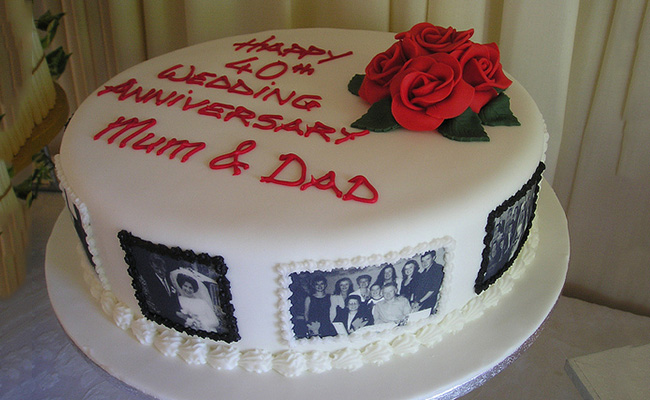 Sailing through the ups and downs of life, your parents old together. Present them a two-tier cake baked in heart shape and topped with an old couple miniature. 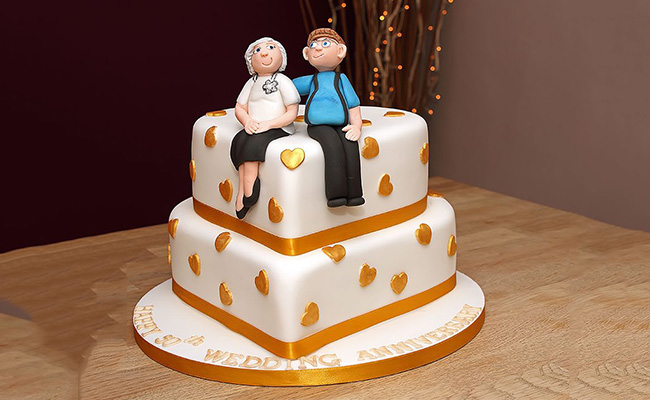 At first, this cake surely looks like a gift box. The cake design has cute little hearts all over it and a fondant wish card written ‘To Mum and Dad’ on it. 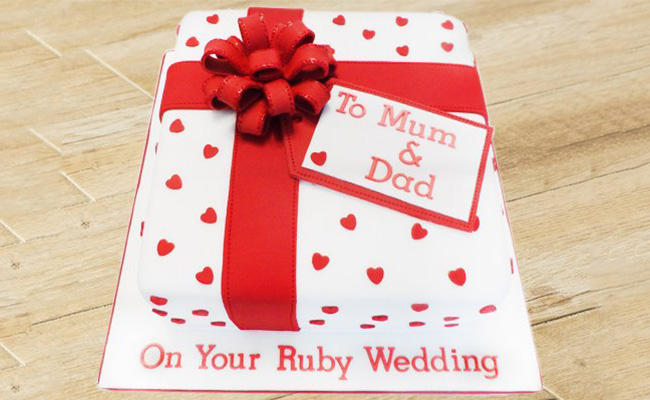 If you gift them a cake as romantic as this one, chances of them feeling shy will be high. But still, that’s what the anniversary should do - Injecting Romance! 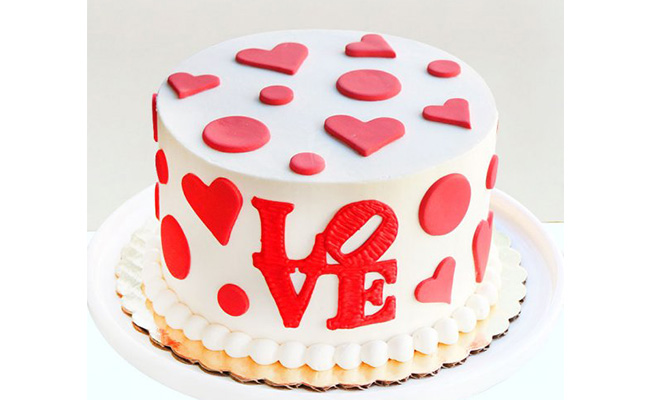 Whether you are looking for 25th anniversary cakes or 50th Anniversary Cakes, this amazing cake with an outlandish is a sure shot surprise. 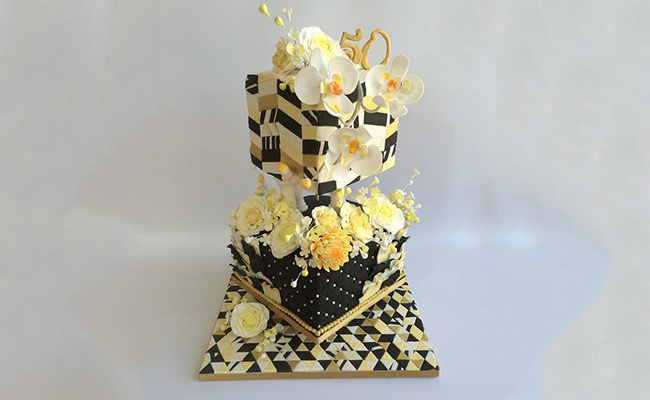 Yup, your parents have passed 25 years in Love and yet they feel like being just married. So here's a Just Married poster cake for their 25th anniversary. 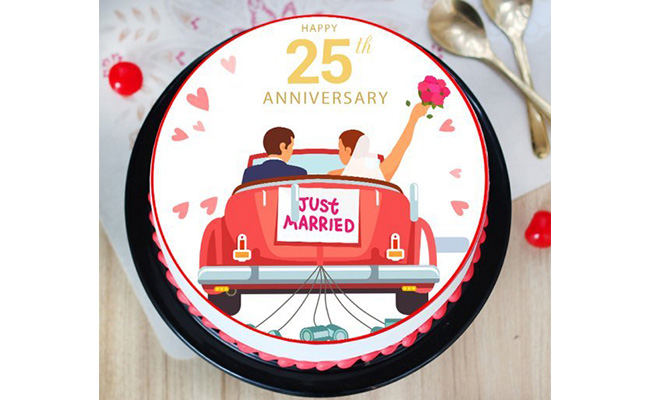 Daddy is the king of the house, and mommy is the queen!! This cake depicts the same thing and a quirky one for the anniversary celebrations. 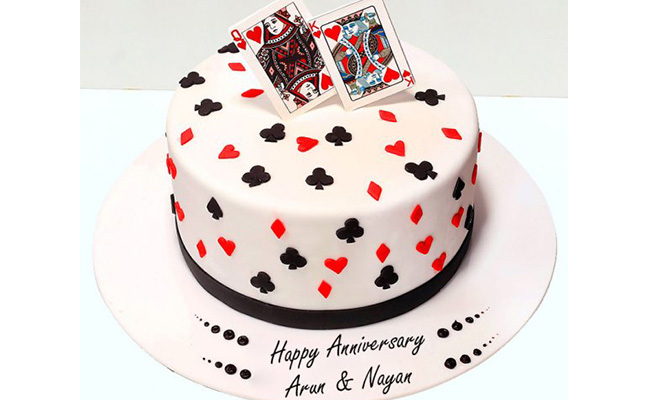 14. Made For Each Other Anniversary Cake

Your parents are in love and have been fighting throughout life together as their hearts are connected. Here’s a cake design outlining the same in style! 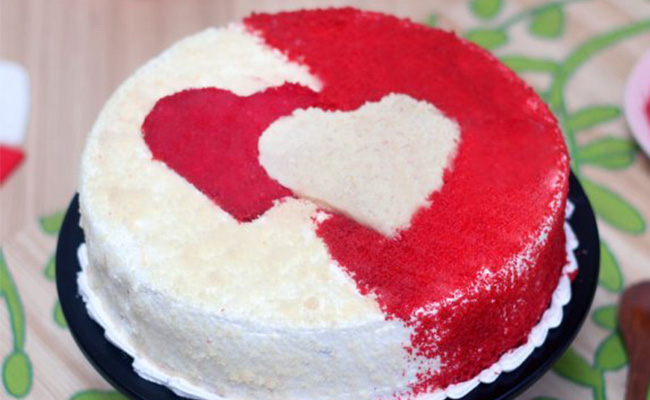 Simple and sweet cake design for parents anniversary to celebrate the 50 love-filled years of togetherness - Awwwsome! 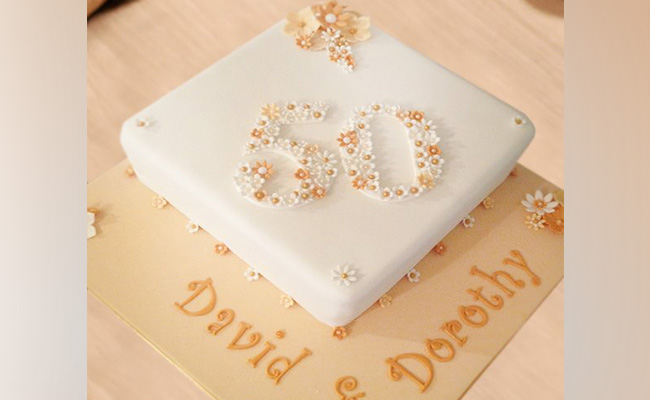 This cake has two-tier, base in square shape and top in round shape. It is topped with a shining decoration, just like the love of your parents. 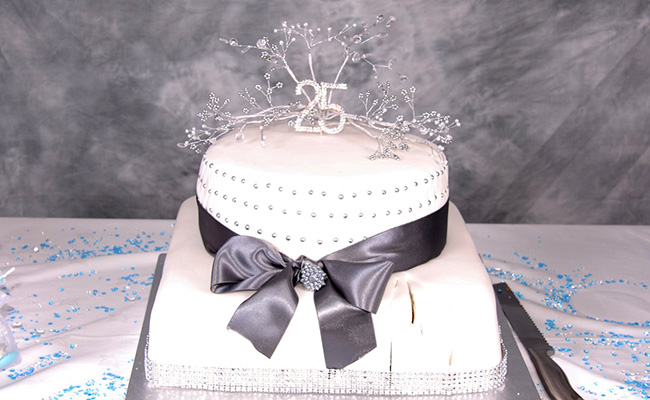 When a small size cake doesn’t seem like a perfect fit for your Mom and Dad’s anniversary, a rectangular-shaped beautiful cake like this is what you need. 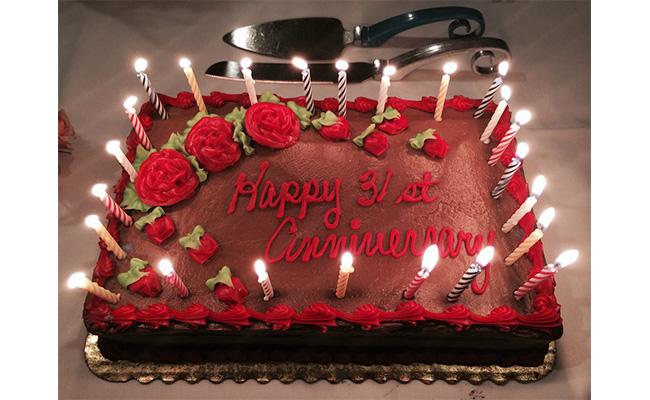 From the day they tied a wedding knot to till now, it’s been a long journey that your parents spent in love. Present them a cake defining a journey of a couple together. 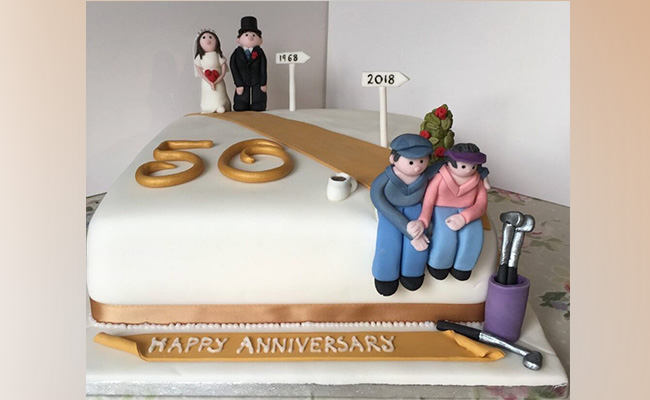 Your parents won’t take their eyes off from a cake as beautiful and classy as this one. The cake design is a perfect match for the silver jubilee. 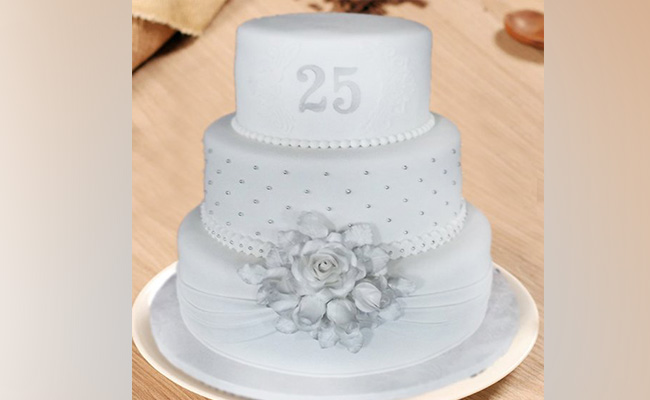 The cake has two delicious tiers placed so precisely and both designed with a wave of different size hearts. That’s the latest anniversary cake design! 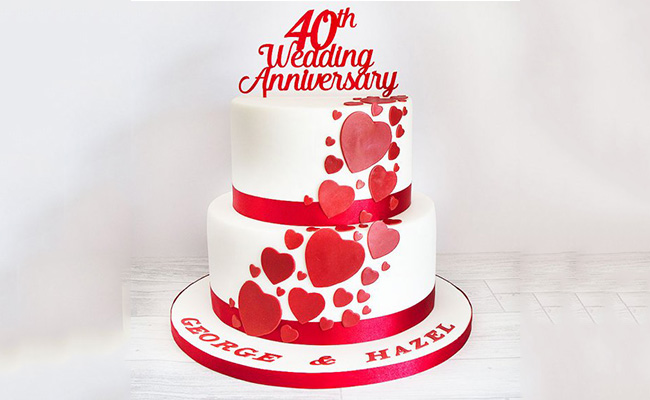 Happy Anniversary to your parents from our side!!