Every country has its own set of flora and fauna which tends to make it unique. Every country has its own national flowers as different flowers or flowering plants are endemic to their motherland. A floral emblem or national flower of all countries usually differs across one another. They tend to represent the different geographical locations to which they or their species belong. They can either have a sacred or unique position in the history or mythology of some country due to which it has been picked up as the national flowers of different countries. Or even they can be picked as per some long-held traditional belief. Here are a few countries and their respective national flowers that you probably didn’t know of. 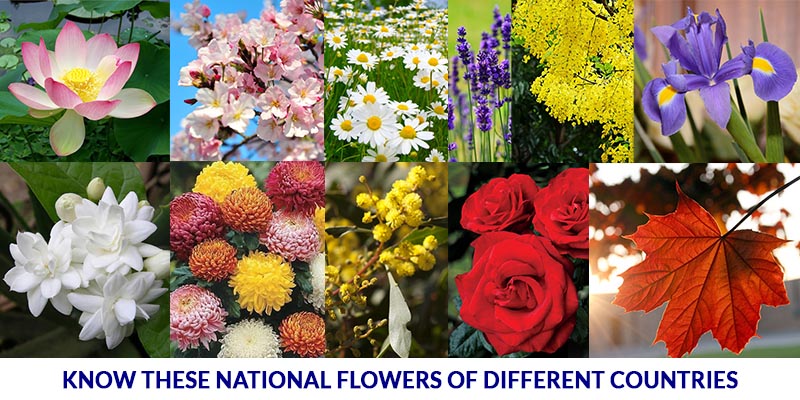 Being an aquatic flower, the lotus holds a special place in Indian history. It tends to grow in lakes and ponds and holds a special yet sacred place in the mythology of ancient India. In the Hindu holy book of Bhagavad Gita, the lotus has been seen as a symbol of detachment. It is even said to stand for the beauty and knowledge as Goddess Saraswati is portrayed as seated on it. 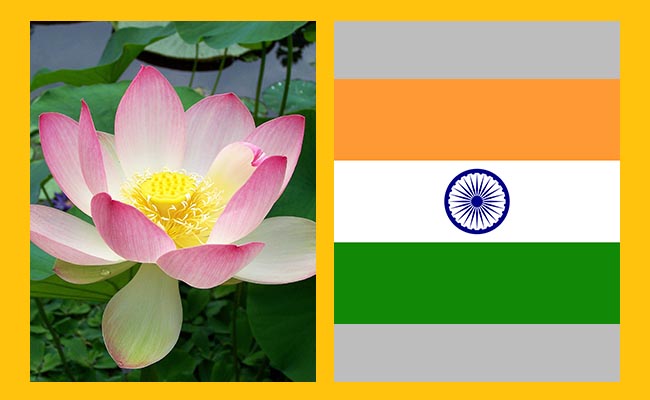 Tiny yellow flowers happen to be native to Australia’s Capital territory and have been etched to this country’s history. Quite literally, to speak of. Some of the first settlers of Australia used Acacias to build their wattle and daub homes. And that is how the nickname “wattle” was coined. Ancients even were seen to use these Golden Wattle flowers to craft weapons and tools. 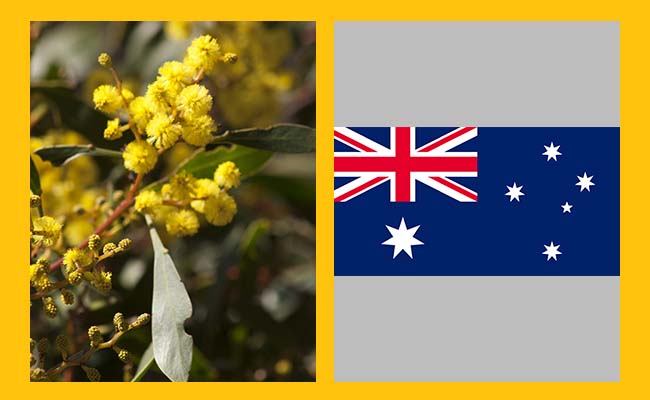 Fleur-de-lis aka Iris happens to be France’s national flower. Since the 12th century, these beautiful species of flower has been identified as both the country’s insignia and national emblem. Before becoming the national flower of France, it was the official flower of the Roman Empire’s ruling class. This flower takes its beautiful name from a Greek word called “rainbow”. 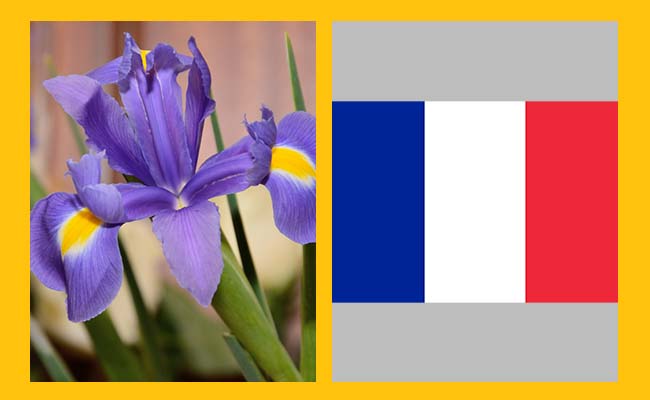 From their intoxicating fragrance to their tiny, star-shaped flowers, jasmines are known as the national flower of both Pakistan as well as of Syria. Its simplicity is what eventually casts a magical spell on others. And it's beautiful symbolism of purity and peace makes it an ideal choice of flower across various countries. 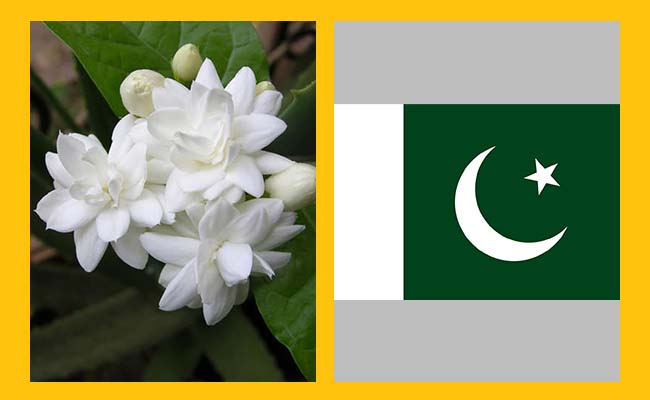 Japan is the only country which has got two beautiful flowers as its national flowers. While Japan blooms for just a short time, chrysanthemums have been used to celebrate the Japanese royal family for centuries. Each year, there is a festival called the “Festival of Happiness'' celebrated surrounding the blooming season of this flower. 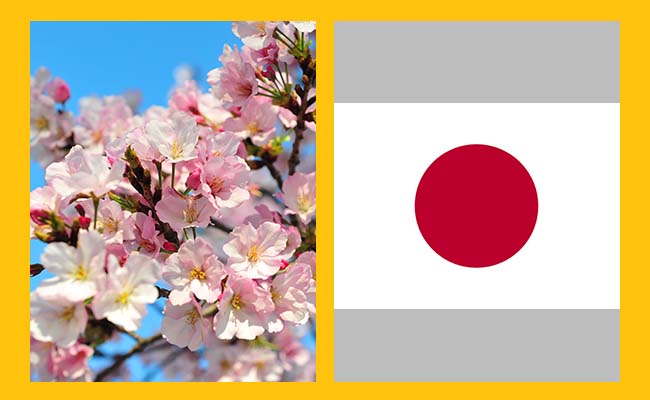 Camomile belongs to the daisy family of flowers. From its fruity, floral fragrance to its therapeutic relaxing properties, camomiles are used as an essential remedy in central Europe. It’s a native flower to the western parts of Asia and is known for growing freely and rapidly in number everywhere. 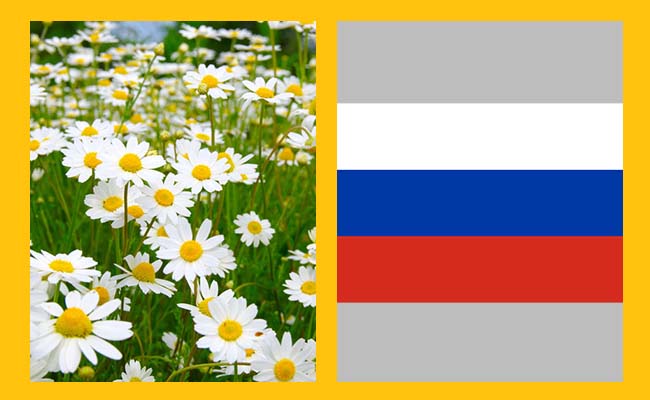 How many times have you gifted someone a beautiful red roses bouquet? Quite a lot, right? But how many of you knew that this beautiful flower is the national flower of Slovakia? We are pretty sure, not many of you! It is so because this beautiful flower first appeared in Slovakia approximately 35 million years ago. This is what made all the Slovakians consider a rose as their national flower, other than its mesmerising world-famous properties like its natural scent, beautiful symbolism and some amazing set of emotions etched into it. 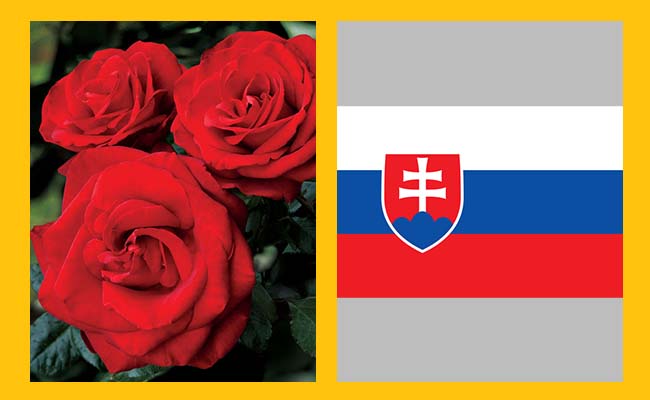 A cousin of the mint family, lavender is used widely as a herb across every Portuguese household. Lavender is used in perfumes, essential oils, cosmetics, and other health and beauty products. Which is what makes it such a popular flower. As lavender is said to have sedative properties, people in Portugal are even said to keep it under their pillow. Its bright purple colour is another reason for its popularity. 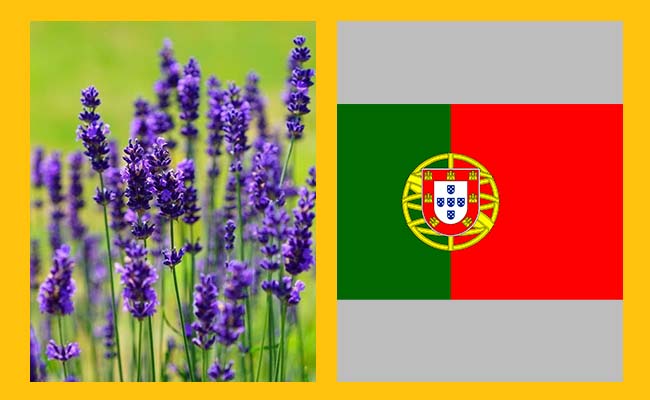 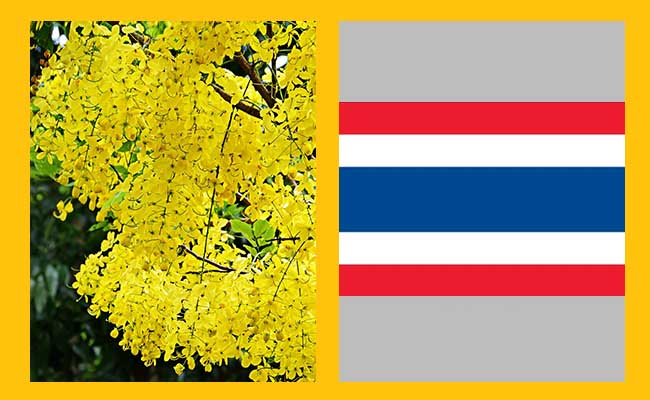 Have a look at the picture of the flag first, you will know why maple leaf is the national flower of Canada. A maple leaf brings out the patriotic feeling from every Canadian. It was back in 1996 when maple leaf was declared officially as the flower of Canada. Canada’s national anthem ‘The Maple Leaf Forever’ surrounds this flower. 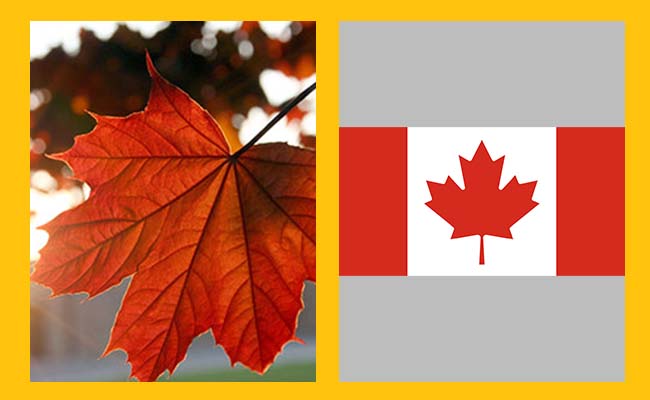