Unequivocally, Bollywood stars know how to make the fans scroll their Instagram feeds for hours. Whether it’s their on-point fashion sense or fairytale-like weddings, Bollywood actors and actresses know how to slay every game with finesse.

The year 2018 and 2019 was all about Bollywood shaadis. Yes, many celebrities entered the marital bliss. From the destination to the decor to the wedding trousseau, everything about Bollywood weddings was dreamy. 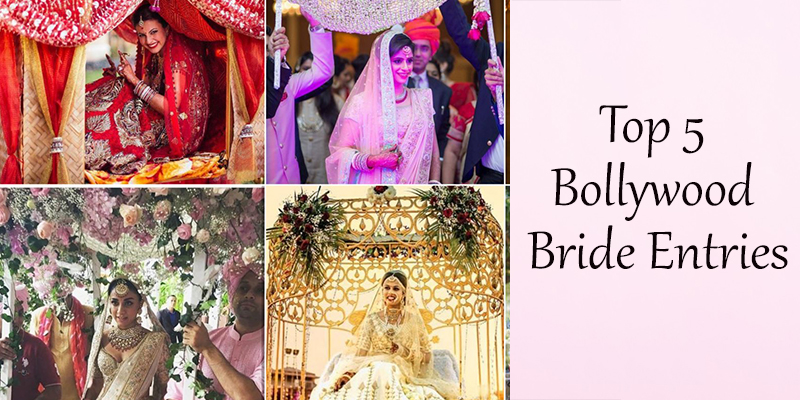 So, here are the top 5 Bollywood bride entry ideas that left everyone discussing them till date whenever someone mentions “shaadi.” Scroll down for inspiration. * Drum Rolls*

The heartthrob of the nation cricketer Virat Kohli and the bubbly actress Anushka Sharma exchanged the garlands at the breathtaking city of BorgoFinocchieto in Italy. Anushka’s entry at her wedding was like no other. In the words of Jane from Hollywood film 27 Dresses "You know how the bride makes her entrance and everybody turns to look at her? That’s when I look at the groom. Cause his face says it all you know? The pure love there.” Anushka's entry was the perfect personification of this statement. Dressed in a Sabyasachi lehenga, she made a simple yet beautiful entry with Din Shagna Da playing in the background with the groom Virat Kohli waiting for her at the altar. Well, walking down the aisle to the tunes of Din Shagna Da is the dream of every girl; therefore, this is one of the top wedding entry ideas on our list. 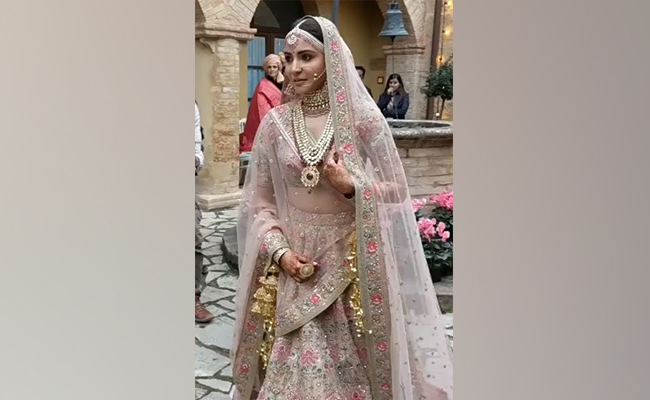 The talented duo of Bollywood, actor Ranveer Singh and actress Deepika Padukone took their love to the whole next level by taking wedding vows in the picturesque Villa del Balbianello at Lake Como, Italy. They tied the knot in the Sindi tradition (because Ranveer Singh is a Sindhi). Thank you for taking Sindi Tradition all the way to Italy!! From head to toe, Deepika was in red with hints of gold and looked jaw-dropping beautiful. Deepika Padukone made a traditional entry under the chaadar. 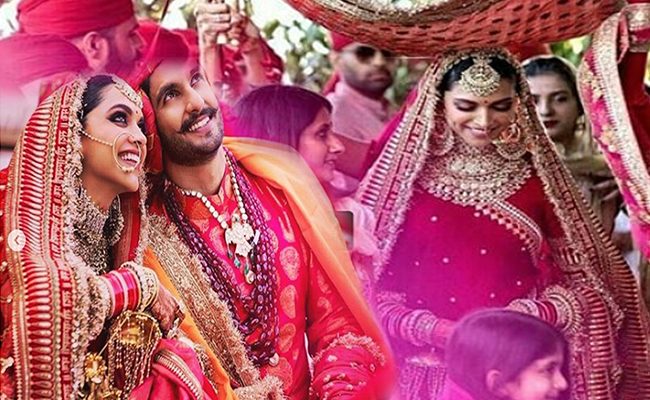 First came love (after several years of friendship, one display of affection at Oscars party), then came marriage. We are talking about our very desi Priyanka Chopra and firangi Nick Jonas. The two solemnise their love for each other as per Hindu rituals and Christian traditions. For Hindu wedding ceremony at Umaid Bhawan Palace, Priyanka Chopra chose a rose-red lehenga with diamond jewelry leaving us all in awe of her unrivaled elegance and Nick was all dapper in his beige-golden sherwani. She made the entry with her head covered in a red veil under phoolon ki chadar with her brothers. Now, we are taking hints from Priyanka’s filmy bride entry theme. Are you? For her Christian wedding, Priyanka wore a custom white gown with a 75-foot trail and made the entry with her mother, hand-in-hand. 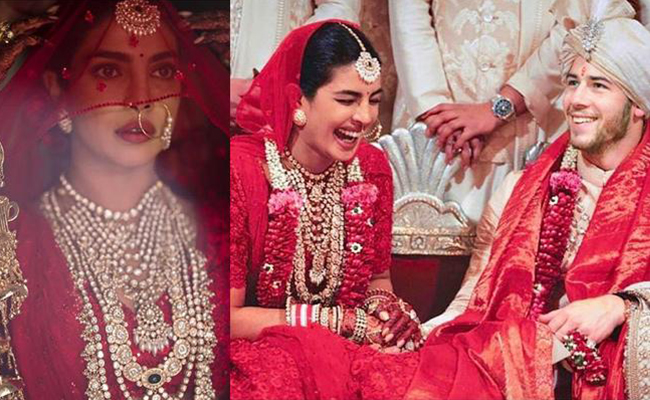 Bollywood’s style icon Sonam Kappoor married long-time beau businessman Anand Ahuja in a traditional sikh ceremony. The wedding rituals and nuptials took place at Rockdale mansion in Bandstand, Bandra, Mumbai. We must say, a look at their wedding pictures give out a very homely vibe. Sonam Kapoor looked ravishing in a red lehenga with matching matha pattis and jhumkas. Sonam aced the traditional attire with utmost grace. Anand Ahuja complemented her in a golden sherwani and ruby mala. Harshvardhan Kapoor, the budding actor and brother of Sonam Kapoor was clicked distributing sweets and gift hampers to the media person outside the mansion. Sonam Kapoor opted for the traditional bridal entry for her wedding with folk songs in the background. During the entry, she can be seen beaming with a bridal glow and smile. 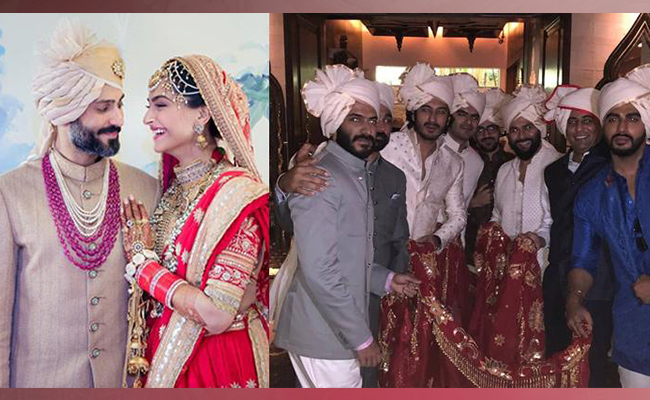 The fearless Neha Dhupia and actor Angad Bedi surprised everyone with their hush-hush summer wedding. For her big day, Neha was seen in a pink lehenga in which she looked gorgeous, and Angad was seen in a white sherwani with pink pagdi. It was a private Gurudwara wedding with only close family members and friends in attendance. Neha Dhupia made an entry holding the hand of a Lil cute girl in the Gurudwara. Well, this is one of the adorable dulhan entry ideas that Nehan’s (Neha and Angad) wedding gave us. 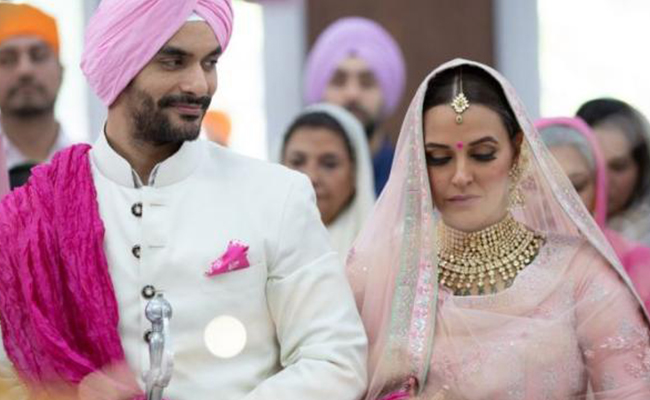