Home
>
Blog
>
Why do we Tie Rakhis to Different Relations
>

Why do we Tie Rakhis to Different Relations

The sole reason why people like to celebrate the bond that exists between a brother and sister is not always the charm of indulging in relishing some Indian delicacies to some money and gift pamperings. But also, the beautiful significance of this festival is absolutely priceless to look forward and to celebrate it with great fervor and heightened spirits. To mark this pious occasion, a sister ties a golden, diamond or silver rakhi (thread of protection) on her brother’s wrists as the brother pledges to take care and protect her from all the evils. But across some parts of India, predominantly in Gujarat and Rajasthan, a sister ties a rakhi to her sister-in-law along with her brother. Such type of rakhi is called Lumba Rakhi. As per Indian custom, once a girl marries she completes her man and they are meant to be one, hence it becomes necessary to tie a rakhi to sister-in-law as one tie to her married brother. 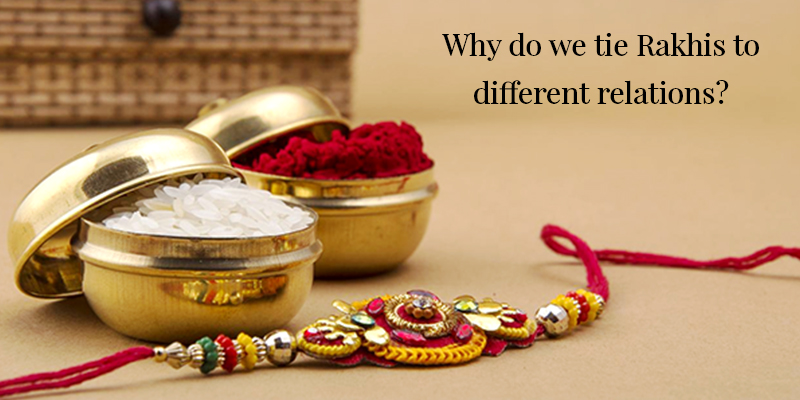 But with changing times, a sister tying rakhi to the sister as well as a brother tying rakhi to brother has also become quite a trend. Some say because of equality, while others say to fill the void of having a brother in her life, a sister tie rakhi to sister. Slowly slowly, this festival is no more about celebrating a bond exclusively existing between a brother-sister duo, but just revolving around the thread of love which was earlier - a thread of protection. Gone are the days when a sister used to tie a rakhi and in return, the brother used to gift her something. Now a brother tying rakhi to sister has also become quite a common yet heartwarming sight. The emphasis was earlier placed by the patriarchal society that probably a woman is too weak to take care of and protect herself all alone while making these age-old rakhi rituals needed to change and hence changed. At earlier times it was about celebrating the dependency but now it has been replaced with celebrating the love for one another. 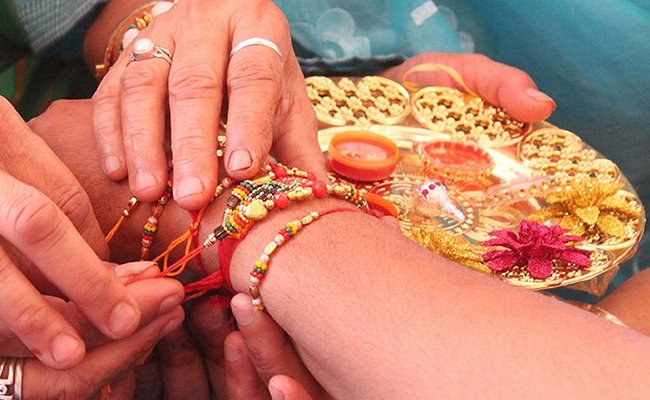 Also, enough said that rakhi celebrates the bond of siblinghood only. Nowadays certain instances have been found to celebrate rakhi as a festival celebrating 3 major emotions - love, care and respect - that’s all! Hence questions, like can mother tie rakhi to son or can a girl tie rakhi to her grandfather, are sure to receive an obvious YES in answer. Some like to tie rakhi to their brother-like friends while some others like to send their regards on this beautiful festival to their braveheart soldier brothers (with whom they might not be linked through blood, but always to heart). If one wishes to send a rakhi to the soldiers of India, then they can feel free to post their rakhi on this address - Indian Army Soldiers, C/O 56 APO or C/O 99 APO. They might be unrelated but they are undeniably special and no one would be able to protect us as well as them. Isn’t it? So, this Raksha Bandhan, stop cribbing for a brother and pamper any relation that you value the most. 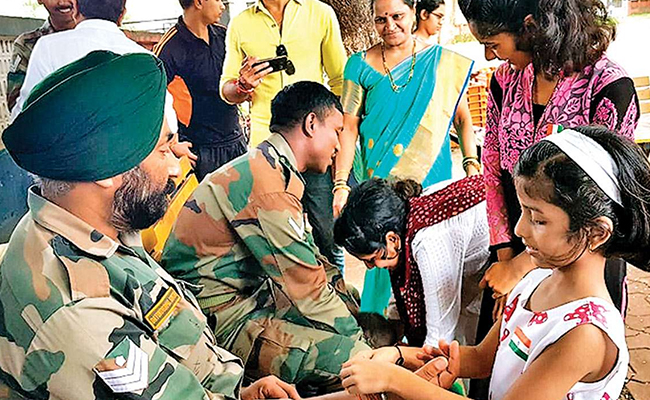 Rakhi is a beautiful festival. Let’s not keep it restricted to only a few families. Let the joy and goodness get extended to all in this human race, regardless of relation, race, caste, creed or gender. The beauty of every Indian festival is people coming together to celebrate it, forgetting all the miseries of their lives. And let’s celebrate it, this way!