One of the best childhood memories that we had is of a wise teddy bear created by English author A. A. Milne. The chubby, bubbly guy was known for his funny, witty and sometimes bittersweet quotes about life, love, friendship, and growing up. From being everyone’s absolute favourite, this cartoon character ruled everyone’s heart and became an instant success. If, after reading all of this you felt nostalgic about Winnie the Pooh creation, then you were right, all this time! Those were the good, old days; we wished to live forever! 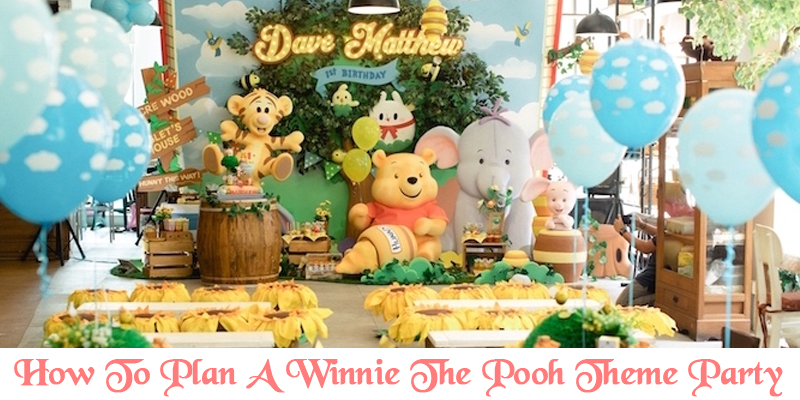 Winnie the Pooh who won everyone’s heart is a fictional cheerful bear who initially appeared as stories in the book, which was named after this famous character. From there to 1961, Disney bought the rights of this story collection to portray him as a cartoon character. But, sadly, it has become a long lost memory for us since the show stopped airing. 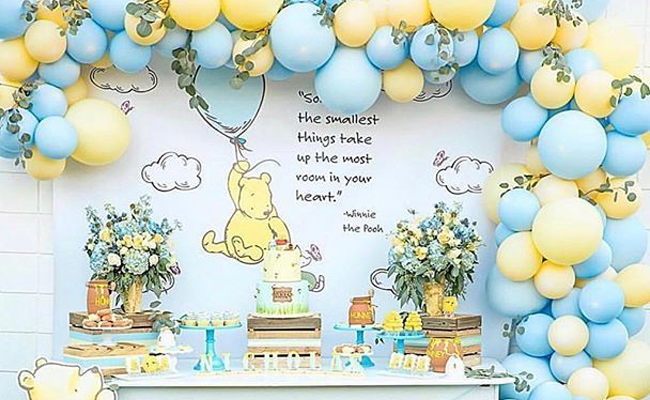 But, to one of the best wisdom imparter till date, we would say “Pooh Bear, We Miss You!” And, with changing times to keep this lovely character alive in everyone’s heart, people all around the world, came up with Winnie the Pooh theme party. Well, most people like to have Winnie the Pooh birthday party for their juniors, but mommies-to-be even try to look for some cool theme-based baby shower ideas on this specific theme. Well, if you are wondering how to go by and plan a Winnie the Pooh theme party, then rest back, we have got it all covered in this blog. So, without further ado, let’s start discussing how to invite Pooh Bear, Piglet, and Eeyore in your every kind of celebration! 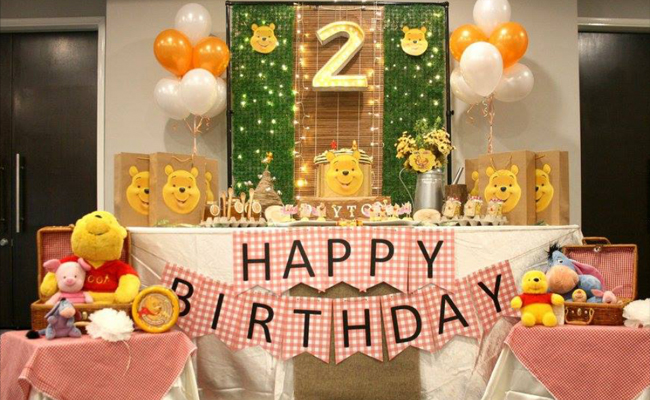 1.Start by sending out invitations. You can get some cool, quirky Pooh bear birthday invitation templates online. Try those out! If not, you can save some of your penny and make use of your creativity, to design and print invitations at home.

2.Shop for some Winnie the Pooh birthday theme decorations like streamers, balloons, disposable cups, paper plates and other essentials. Look for something that would have a dash of Pooh bear’s presence. You can shop for these online as well as offline, as per your convenience.

3.What’s a birthday without a Winnie the Pooh birthday cake, right? So, for the apple of your eye, get a designer or fondant Pooh cake to steal the limelight on the birthday or baby shower away.

4.Once you are done with the birthday cake, decide the food and drinks menu, as per this theme. You can bake some Pooh cookies or can look for some freshly baked honey oatmeal cookies (as we all know how much Pooh loves honey!) Customise all your food menu from cup cakes, cookies to everything! If you aren’t able to get your food menu customised, then go for lots of edible yellow food items because we have seen him dressed in all yellow while growing up.

5.You can think off playing some Pooh themed games or can organize a matinee show by screening ‘The Adventures of Winnie The Pooh’ series. Get some butter popcorn ready for the show, and you are all set to throw the best Pooh party ever!