Home
>
Blog
>
Did you Know About These Strangest Plants in The World?
>

Did you Know About These Strangest Plants in The World?

Imagine a plant with neither leaves nor stem, living entirely underground. Did you even know such weird plants exist? Mother Earth has over 298,000 species of plants? Some plants produce nutrient-rich fruits, some produce beautiful pleasant-smelling flowers, some have medicinal properties and some have a completely strange appearance. Nature has given us some odd but also some impressive looking plants and trees over time. Here's a list of some of the strangest plants that you didn’t know still exists. 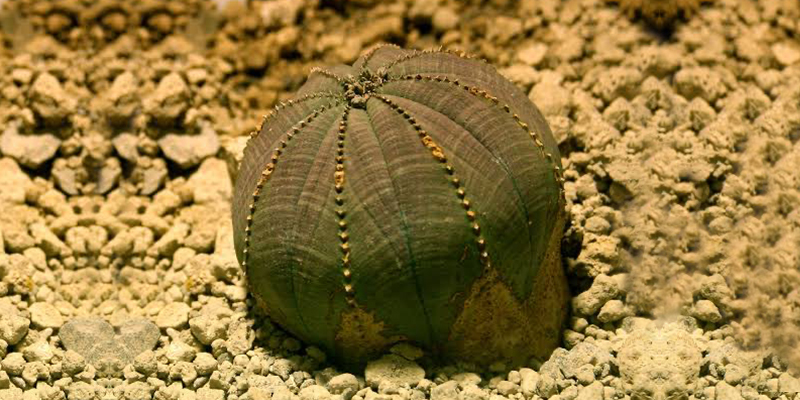 It is commonly known as Euphorbia obesa, native to South Africa. The plant has exactly the same size as a baseball. It is a branchless plant with an average height of 20 cm. Although Euphorbia obesa is endangered at its native habitat, it has become very common in farming.

The particular species of baseball plant is protected by the National Nature Conservancy because it is one of the few in the world. Male and female flowers of Euphorbia obesa grow on various plants. Baseball plants are highly toxic, removing severe skin problems. 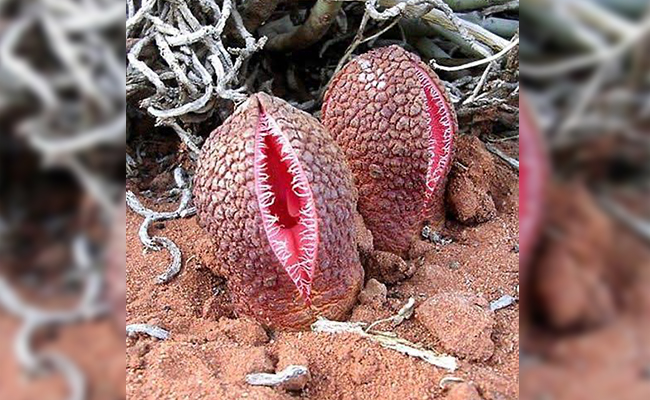 It is one of the strangest plants in the world. Hidden in the desert region of southern Africa, you can forget this flower for the head of a large snake peeping from the ground. Hydnora africana is a parasitic plant that is almost completely underground, which exists as a large web of roots attached to its host plant, Euphorbia. It is said that due to hardening like wood, this plant may take up to a year to flower. Hydnora emits an odor similar to feces attracting beetles, which trap the plant but do not kill. It catches the Beatles until the flowers mature and then release them. 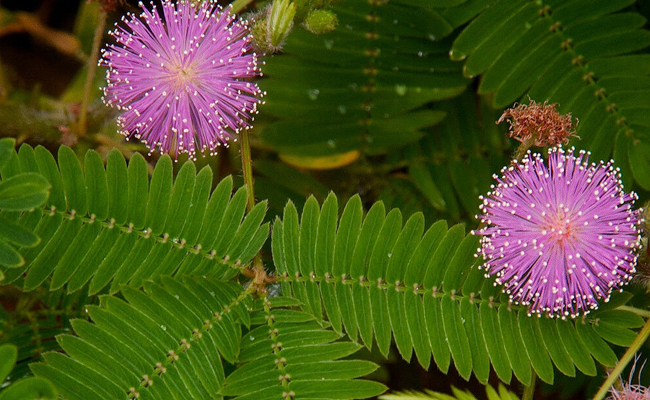 Mimosa pudica is also known as the 'sensitive plant' or 'shy plant' of South America. The Mimosa Pudica can be seen around the world, especially in areas with minimal sunlight.The most attractive feature of mimosa pudica is nothing but its response to touch. Its leaves immediately fold up on touch. Primitive nervous system within this plant which balances the flow of water from under the leaves which causes this sensitive nature. 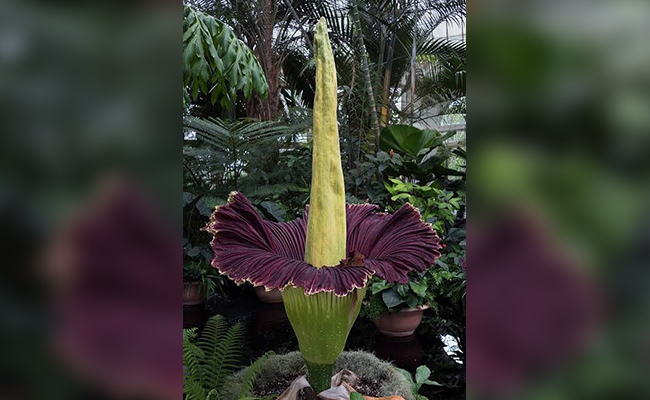 The corpse flower is commonly known as 'Titan Arum'. It is the largest branching plant of concern in the world and probably the worst-smelling plant on the planet. The corpse flower is endemic to Sumatra. During flowering, the plant is 8.2 feet tall. This plant also produces the smell of rotting animals. This plant blooms in only 40 years. It is the world's smelliest and largest flower. Carcass flowers are protected by law as they are very rare. 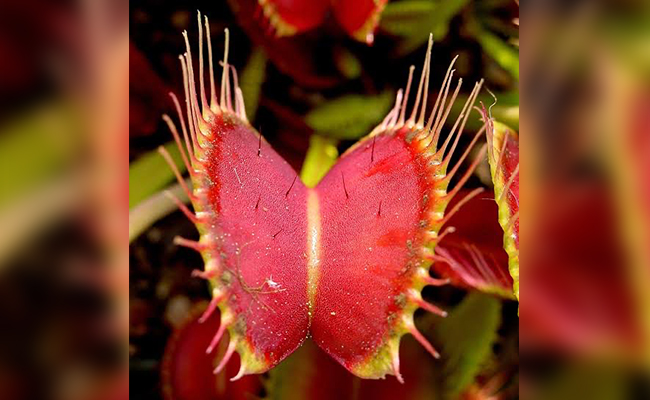 The most famous of the carnivorous plants, the Venus fly trap, is the deadliest insect trap. Its fame comes from the incredible killing reputation of modified leaves of this beauty. Dionaea is a flowering plant that kills more insects than any plant in the world. 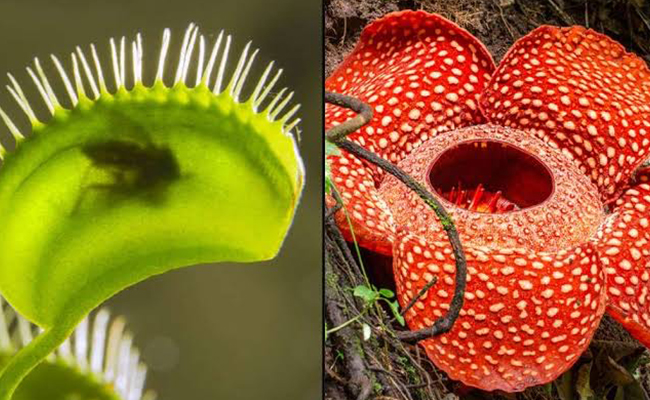 Hydnellum peckii, known as blood tooth fungus, is a plant in North America. It produces a blood like fluid on its surface, which is a pigment that secretes. Although it is edible, the pigment is very bitter like blood. The most unusual plants you will be amazed to see. 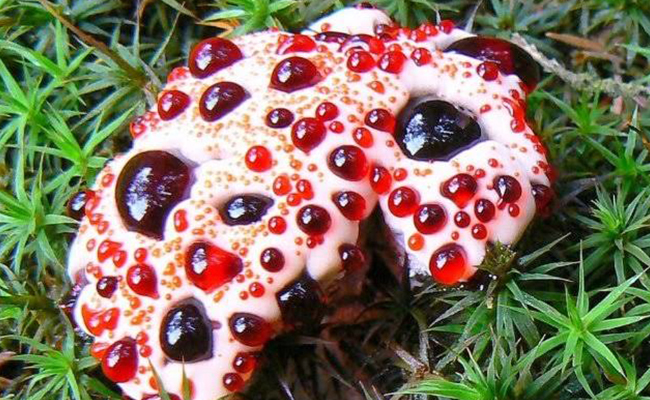 The Victoria Amazonica plant is the largest water lily in existence and has the power and strength of a stepping-stone. The root is over 26 feet long and the leaves and flowers can reach up to 10 feet in diameter. The plant also changes color: it is white when blooming on the first night, and turns pink the next day. The plant was named in the name of Queen Victoria. 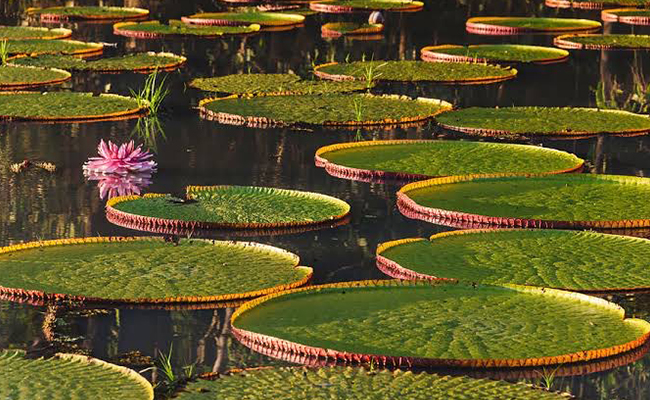 So, these were some of the weirdest plants in the world. Hope you have enjoyed reading this blog and gained some information. Come back for more blogs like these and till that stay safe and keep surrounded by healthy plants around. If you are the one who doesn’t have a green thumb then order live plants online and also send them to your loved ones. They say if you nurture plants, they give you back.