How To Do Dusshera Pooja At Home?

Dusshera, popularly known by the names of Vijyadashmi, Dashain, Durgotsav is commemorated on the tenth day of Shukla Paksha in the month of Ashwin or Kartik across Indian states by Hindus with immense zeal and veneration. 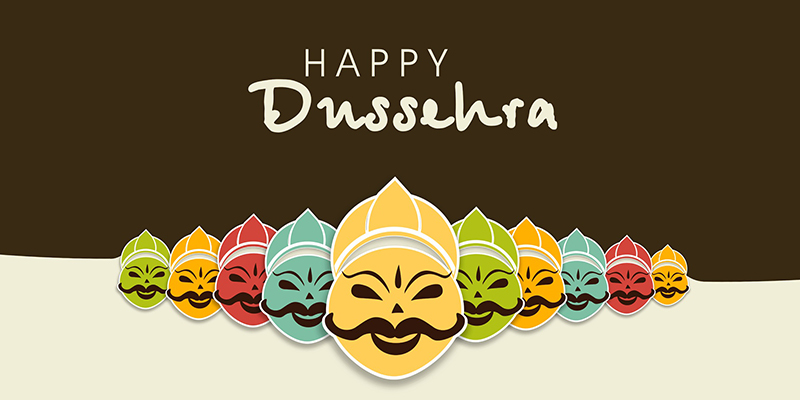 The word Dusshera is composed of two syllabi Dus, meaning ‘ten’ and Hara, meaning ‘defeat,’ thus symbolizing the valiant beheading of the ten-headed Lankan king Ravana by Lord Rama, the seventh incarnation of Lord Vishnu on Dashmi (the tenth lunar day of the Hindu calendar).

And, Vijayadashami marks the end of Durga Puja, honouring Goddess Durga’s slaying of the buffalo demon Mahishasura to restore dharma.

Alternatively, this day is considered auspicious for beginning the process of learning and Goddess Saraswati-- the Devi of knowledge is revered.

Therefore, the festival of Dusshera or Vijayadashami is celebrated to depict the triumph of good over evil by Lord Rama and Goddess Durga and the return of the Pandavas to their kingdom.

Across different regions of India, Dusshera is celebrated with grace and ethnicity by family, friends, and relatives.

1. Dusshera in Delhi: Ramlila and Giant effigies of Ravana, Kumbhkaran, and Meghnad are burned

The city of Delhi dons a bright and religious Dusshera’s festive avatar with hundreds of stages set up across the city for Ram Lila-- a spectacular theatrical show completed with costumes and dialogues in the traditional folklore manner. On the day of the festival, people visit temples and organize Dussehra pooja at home. 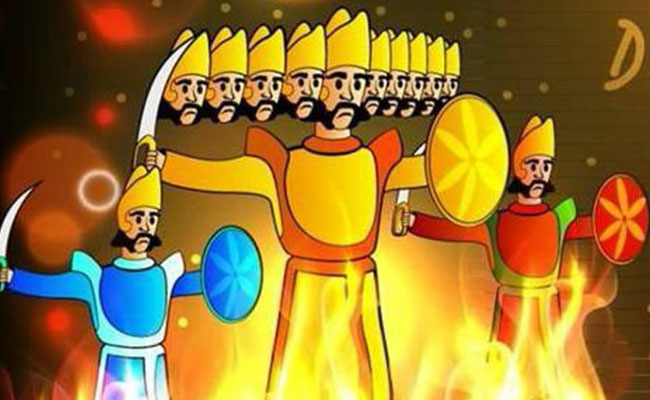 The Bengalis celebrate Durga Pooja-- a ten-day spectacle of colours, dance, devotion, and an orgy of food. Durga Puja decorations are done so beautifully across each of the pandals that they are bound to leave any outsiders speechless with its gorgeous appeal. For ten days, Durga Maa is worshipped to the thumps of drums and cymbals. The atmosphere is filled with clouds of incense as people dance with earthen pots of burning coconut husk. On Dashmi, married women smear sindoor (red vermillion) on Goddess as it is believed she returned to her in-laws with her five children. The leftover sindoor is smeared on to each other by married women in front of the Goddess idol for the welfare and long life of their husband. On Dashmi, Durga idols are immersed in water, amidst fanfare and loud music. 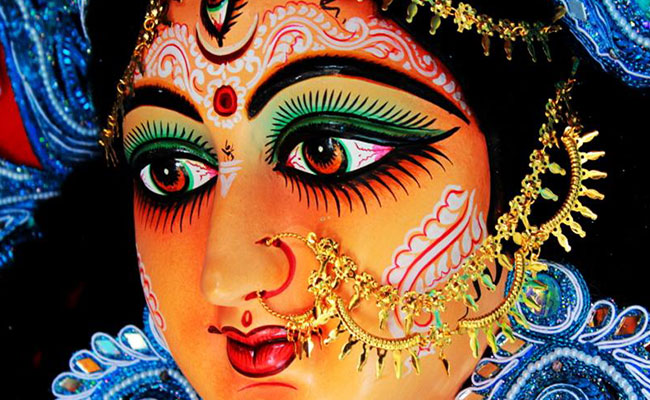 The nine days of Navratri witnesses a whirlwind of colorful ghagra, dancing feet, dandiya sticks moving energetically to the rhythm of fast-paced songs. Music, food, dance, and liveliness flow in abundance. Maa Ambe is worshipped, and Gujarati aarti dance is performed in the honour of mother Goddess. 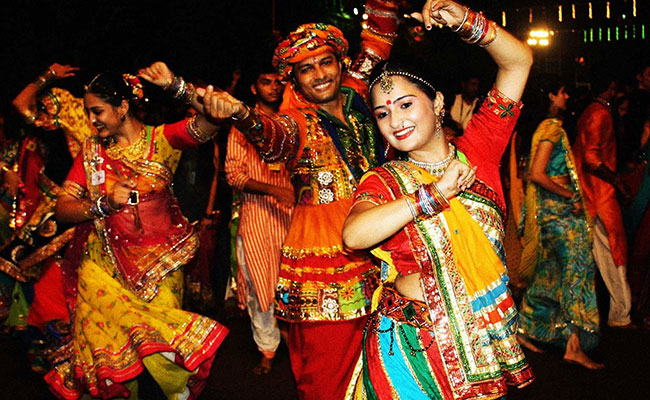