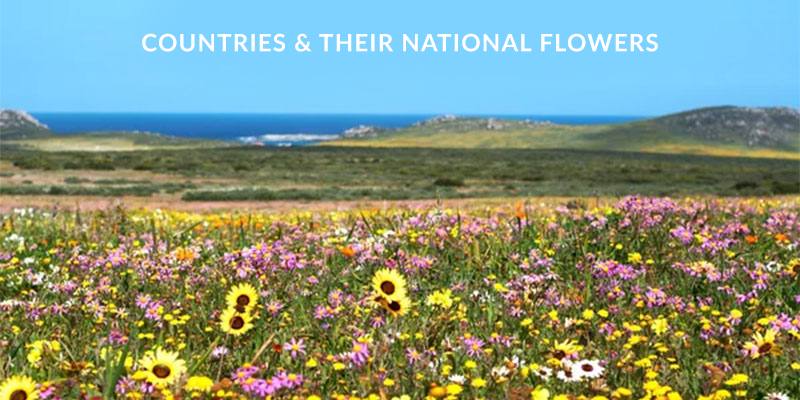 Lotus (Nelumbo Nucifera Gaertn)
Since ancient times, the lotus flower has occupied a significant place in Indian culture. With numerous appearances in Indian festivals, art, and mythology. According to tradition, the image of Saraswathi – the goddess of learning, music, art, and nature, is often depicted while sitting on a lotus flower. 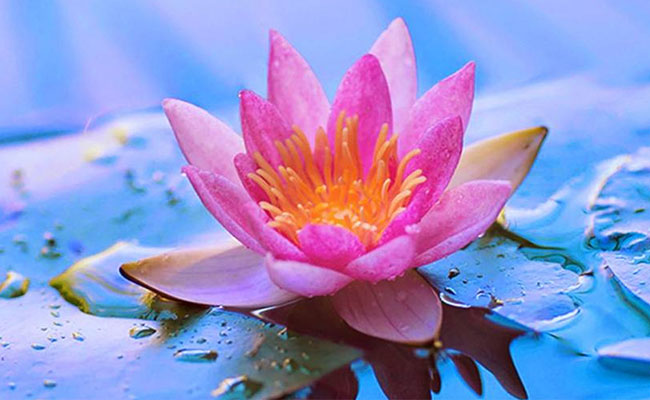 Rhododendron (Lali Gurans)
The plants are native to eastern Asia and mainly the Himalayan region. With evergreen and deciduous plants, the Rhododendron trees can grow up to 15 metres. They produce the largest blooms, which spring up early and last for a long period. In addition, the plant has significant medical benefits that have been passed down to the next generation. 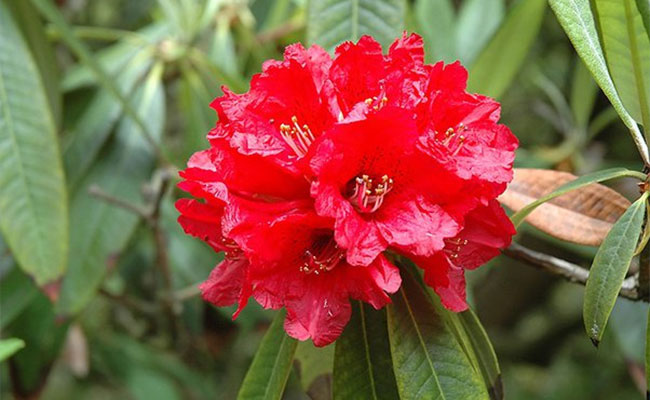 Plum blossom (Prunus Mei)
Named the National Flower By the Republic Of China in 1964. The plum blossoms represent the national spirit of the Chinese nationals, who show their perseverance and resilience in the face of hardships, with blooms reaching their full potential at the peak of the winter seasons. 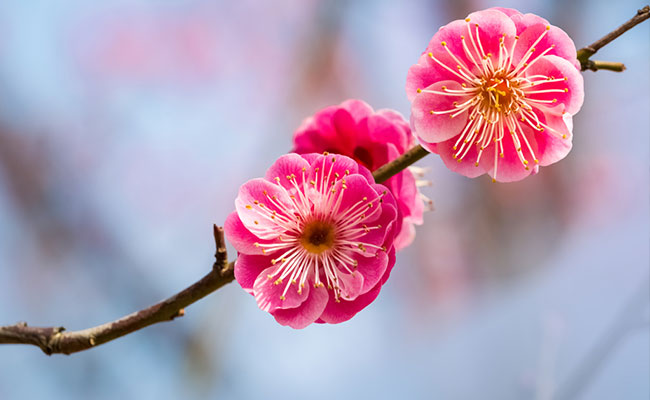 Mugunghwa, the rose of Sharon
The Mugunghwa plant is rooted in Korea’s tradition, which also makes it the perfect choice for the national flower. Held as an object of Deep Affection, the flowers embody the symbol of blossoms that never fade! Records also show that Mugunghwa were honoured by the ancient Korean Kingdom as blossoms from heaven. It has many appearances, from the emblem of the President, the Lawmaker’s Badge, the Supreme Court, and the National Anthem of Korea. 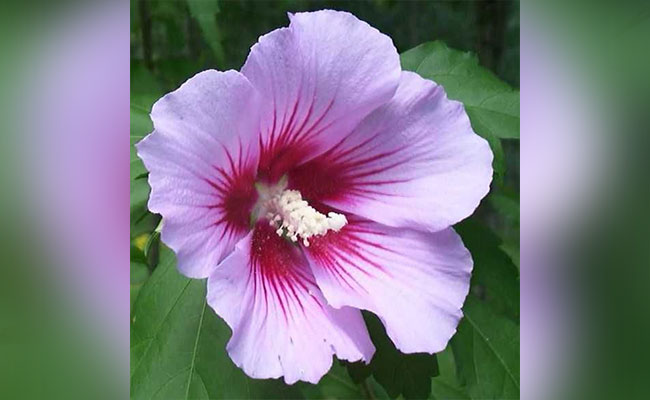 Chrysanthemum – Cherry blossom (Sakura or Japanese Cherry)
Plum Cherries
Chrysanthemums are the national flower of Japan. They are popularly known as the national seal on Japanese passports, some coins, and the doors of diplomatic facilities.
Since time immemorial, royal Japanese families have often used the flower on celebrations. The Festival of Happiness celebrations welcomes the flower’s blooming season. Plum blossoms are another national flower for Japan, which makes it the only country with two national flowers. 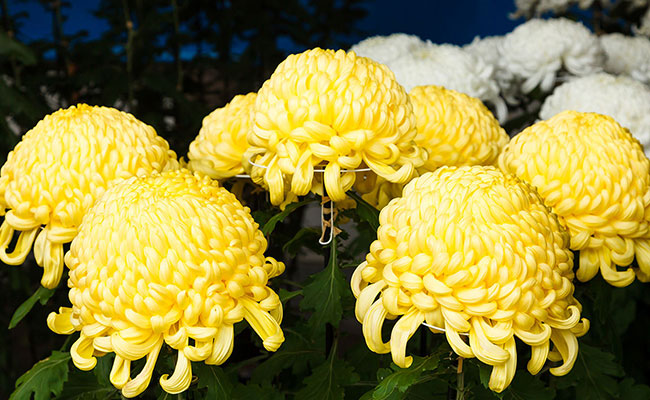 Cornflower – Knapweed (Centaurea Cyanus)
With citations from ancient times, Queen Louise of Prussia escaped Berlin and Napoleon’s forces by hiding in the cornflower field. The blue cornflower colour is even adopted as the German military colour. Wearing the flower on a buttonhole is also considered a way for unmarried men and women to identify themselves. 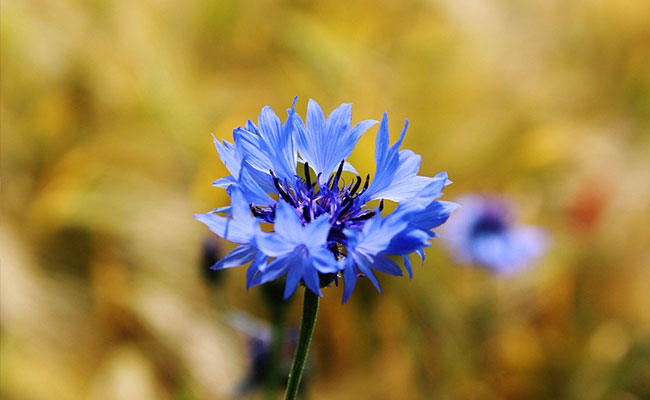 Iris or Lily – Fleur-de-lis (Fleur – Flower and Lis – Lily)
In ancient times, the Lily/Iris was used to epitomise French royalty. The flowers are believed to resemble perfection, life, and light. They have a striking appearance with their three petals on the French monarchy, which resembles faith, wisdom, and chivalry. 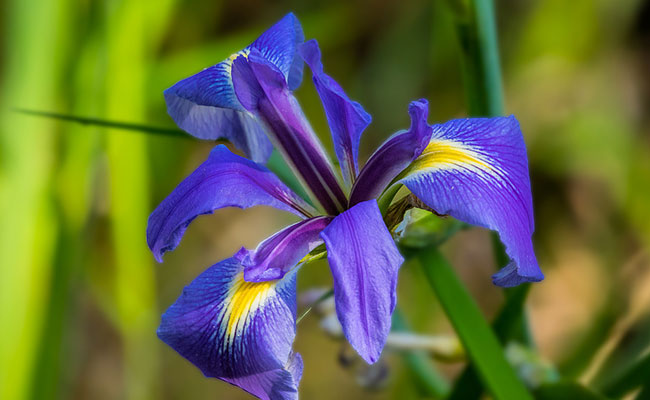 Nil Mahanel – Blue water lily (Nymphyeae Stellata)
The Water Lily was named the national flower of Sri Lanka on the same day as the naming of Ceylon Ironwood as the national tree in 1986. The flower symbolises purity, truth, and discipline. The water lily is related to the Buddha and has been used throughout history as a ceremonial flower. 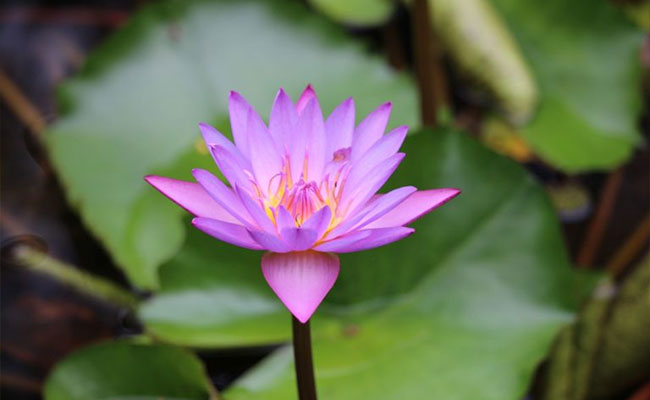 Jasminum Officinale
Jasmine is Pakistan’s national flower. With tiny star-shaped flowers, jasmine flowers produce a sweet fragrance! The plant and flowers also have medicinal properties to treat a variety of ailments and as a food flavour. The flower resembles peace, attachment, and humility. Jasmine is also a national flower of Syria. 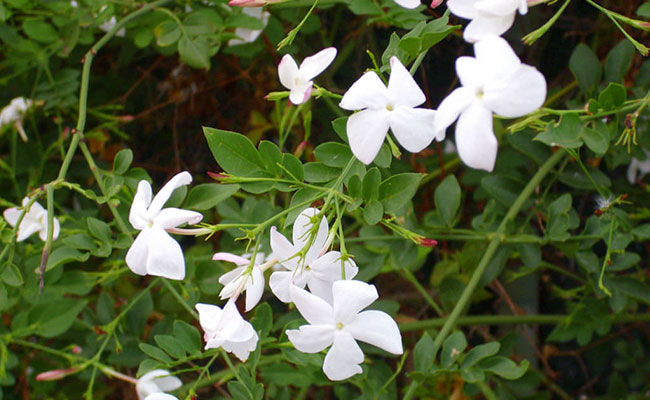 National flower of the USA

Rose
Though there are state flowers and trees for all 52 states in the USA, one flower represents them all! The rose flower was named the state flower in 1986 by Ronald Regan, the president at the time. The flower is known to symbolise love, life, devotion, eternity and beauty. 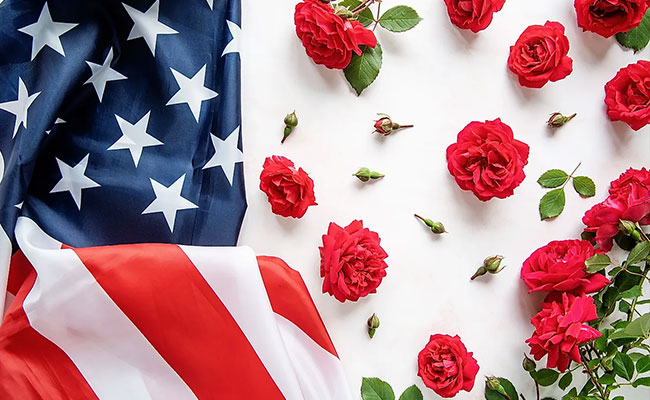 Chamomile (Matricaria Recutita)
The name Chamomile is derived from the Greek meaning “Eart’s Apple”. The flower is deeply rooted in Russian culture, as it was first cultivated in the country among other few Asian countries. Camomile plants and flowers have significant medicinal value, from treating a variety of ailments to flavouring drinks due to the aromatic and fruity fragrance. 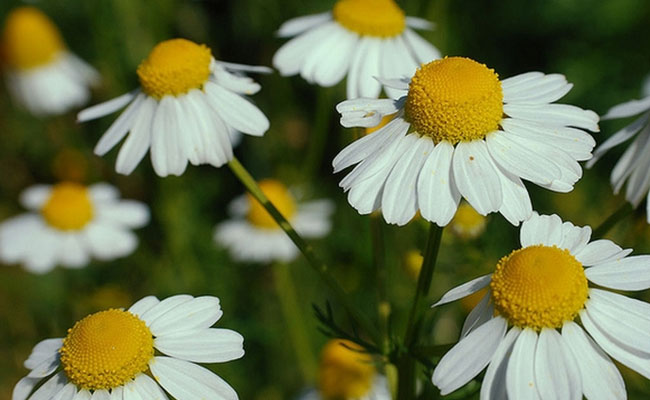 Now that you know countries and their national flowers express love and best wishes to your loved ones wherever they are by arranging online flower delivery from the comfort of your home.