Home
>
Blog
>
Did You Know Which Country Is Famous for Cakes
>

Did You Know Which Country Is Famous for Cakes

“A hungersome wame haes nae lugs.” - A Scottish Proverb, which means a hungry belly has no ears or it’s best not to attempt to argue on an empty stomach.

Traditional Scot wit, wisdom and puns related to their local food/desserts are very quirky and makes us all realise their love for their local cuisine. The land of nutritious skirlie to Cullen skink to Smoked Salmon to the land of Dunlop Cheese, Scotland is also known to be the country of cakes. While the Germans and Egyptians would continue to clash on claiming the title of “which countrymen invented cakes?”, the answer to the question “which country is known as the land of cakes” is quite certain being Scotland - the land of castles, bagpipes and unconventional dressing. 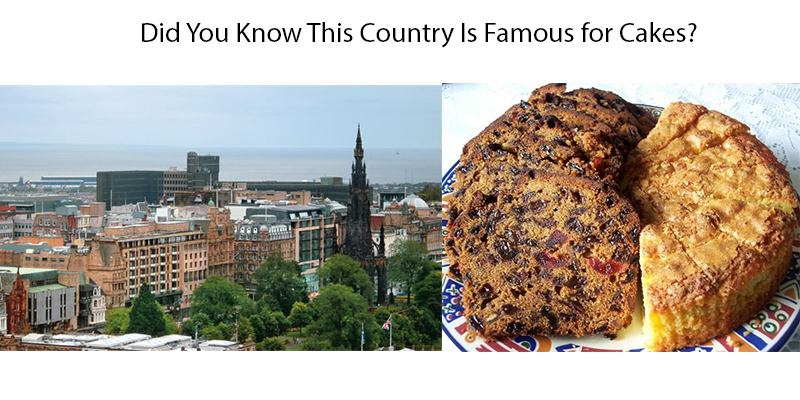 Scotland is the country called the land of cakes which is originally one of the four constituent nations of the United Kingdom. It is said to be one of the islands of Great Britain whose capital is Edinburgh and Glasglow being the largest city. Poetically, Scotland is known as Caledonia which means “the land of cakes”. If you are wondering how a country which is famous for its pristine clear lakes became a country for some of the best cakes, then let us tell you that it was so because of its world-famous oatmeal cakes.

Historically speaking, the land of romance became a must-visit for every dessert lover as it became the country of cakes. In Celtic countries, the name used for cakes wasn’t the same as the one used in Britain. Back then, the Britishers used the word “Loaf '' to define any such baked item. This difference in communicating the concept of cakes was seen as people didn’t use to actually produce such an oven-baked, leavened article but instead made a flat, unleavened variety baked on a girdle. When bread meant a slice rather than the whole loaf, the “Kaak of bread” was the term used to describe it. In oatcake and also in the Scottish pancake, the original concept of describing a cake has been retained. So, when the literature described Scotland to be the land of cakes it meant the unsweetened baked or confectioned goods even. Other than the fancy, sweetened varieties we are familiar with today which is made of oats which are the staple crop of Scotland. Bannocks are a home-made, unleavened form of bread or oatcake, which is what made Scotland to be referred to as the country which is called the land of cakes.

Scotland is known for serving some of the best culinary experiences. From its blessed range of quality dishes involving quality meat, game, seafood and vegetables to being known for melt-in-mouth cheese making experience, Scotland is a dreamland for every dessert, amateur baker or foodie at heart. Surprisingly, this country is known to serve deep-fried Mars Bars as a sweet dish which at one time tend to shake the entire world with its uniqueness. Locals suggest these few places experience heavenly dessert when in Scotland. 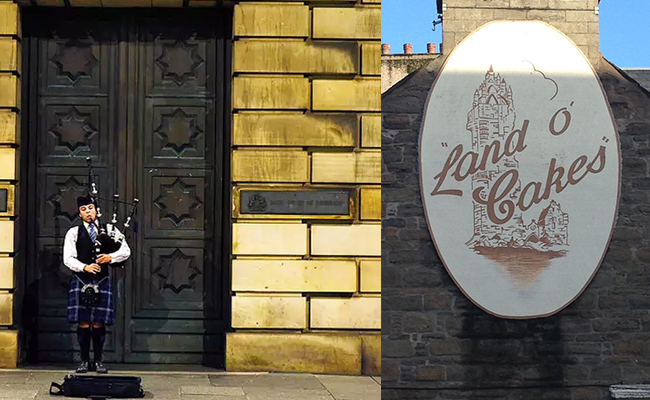 • ALEX DALGETTY & SONS - Known for serving delicious handmade Scottish bakery items like a rich fruit bread made with butter and lots of sultanas.

• DEANS OF HUNTLY – SHORTBREAD - The traditional Scottish shortbread recipe by Helen Dean is known to make a forever place in every dessert lover’s heart for sure.

• Aitken’s Bakery - Wanting to try out local morning rolls, bread cakes, and other bakery goods, both wholesale and retail rates? Then this is just the place for you!

• Campbell’s Bakery Ltd - The older, the prouder! Scotland’s oldest independent family-run craft bakery is a must-visit, for sure. 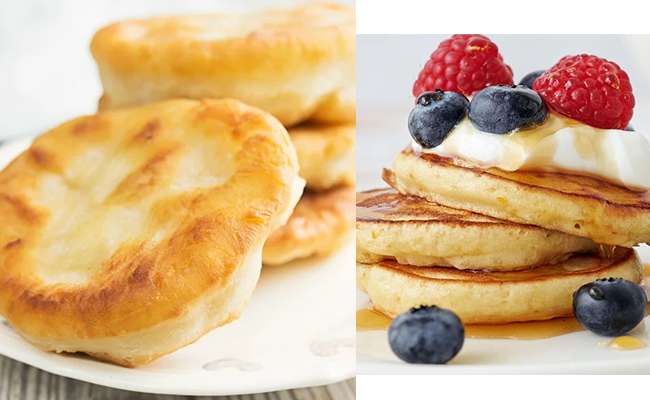 Not Just Cakes Or Whisky But This Land Gave Birth To Other Some Confectionery Goods - Check the list from below.

• Dundee cake – a fruit cake with a rich flavour 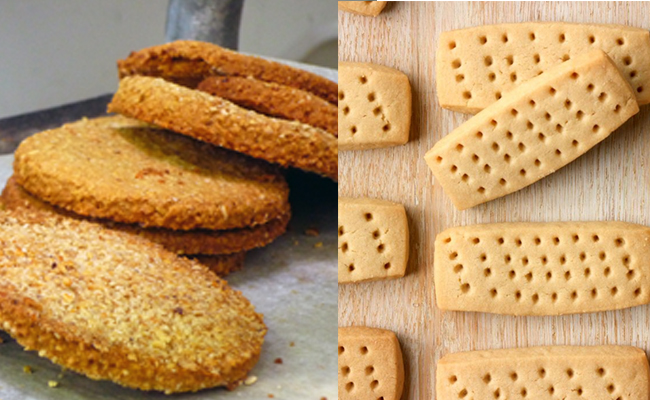 So, now we know why or which is the land of cakes! And make sure, that we try all kinds of confectionery items when we pay our next visit to the beautiful country of Scotland.