Holi, the fun-filled and messy festival of colours is what we Indian love to celebrate with our hearts wide-open. We don’t care about getting dirty because it is how Holi is meant to be celebrated. Well, it isn’t the lone fest in the world where messy things happen with a full dose of joy and excitement. Here are the seven festivals celebrated in different parts of the world which pumps the heart with the same amount of happiness and are similar in play-way to Holi. 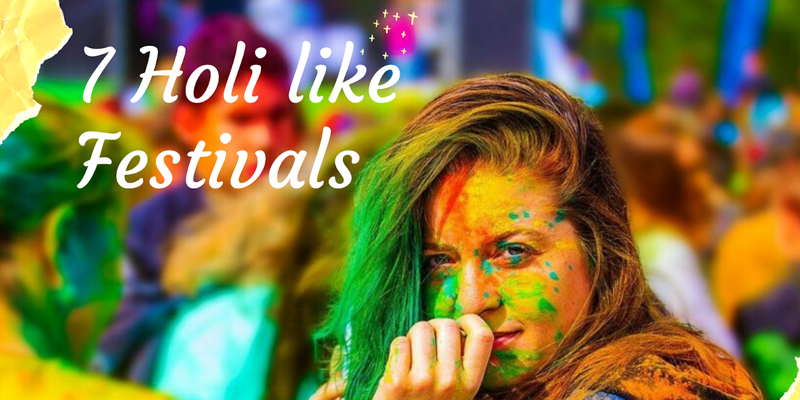 The mud festival was first held in July 1998 and lasted four days, including 16 fun-filled programmes. Boryeong city is located in the coastal area of Chungcheongnam province in South Korea. The Boryeoung Mud Festival was first commenced to promote the city’s mud business and turned to be the world’s most famous and messy fest. The festival introduced the beautiful Daecheon Beach to the world. Even if the festival looks dirty, the fun fact is that the benefit-rich mud is good for slowing skin ageing, exfoliating, rejuvenating and more. Go Muddy!! 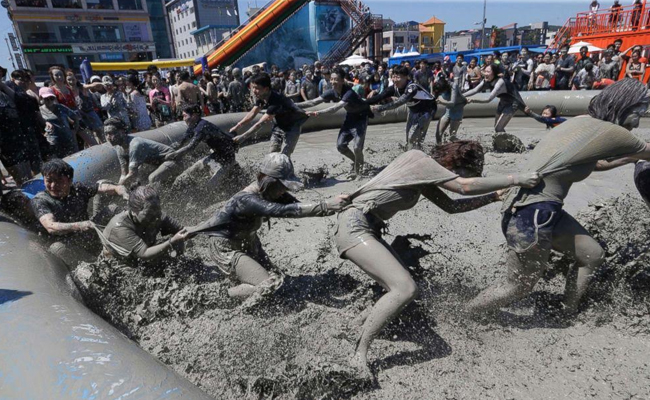 Don’t wait to dive in a truck full of tomatoes because, Zindagi Na Milegi Dobara!!! In La Tomatina, people throw tomatoes at each other with pure entertainment purpose just like water-filled balloons on Holi. It is held annually in the Valencian town of Buñol, Spain. It is a festival to promote happiness and entertainment. There is uncertainty about how La Tomatina originated, but it has been in tradition since 1944 or 1945. 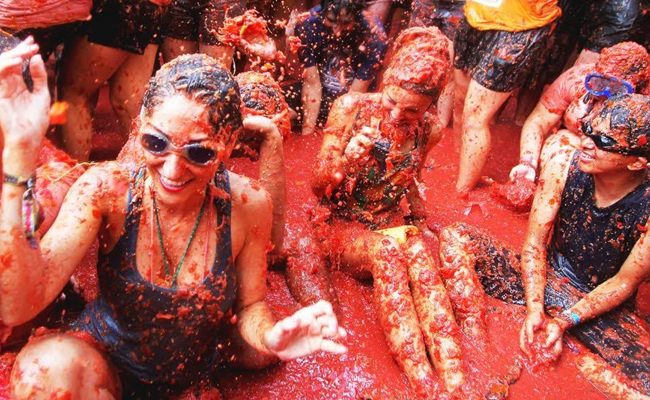 So. Done with tomatoes? It’s time for Watermelons! The Chinchilla watermelon festival takes place every second year in the Chinchilla town of Australia, located in Darling Downs region of Queensland. This festival is a week full of melon-themed events like Melon Bull’s eye, Melon Skiing, Melon Chariot, Melon Bungee, and Melon Ironman. This festival was first held in 1994 to bring more and more visitors to the town. 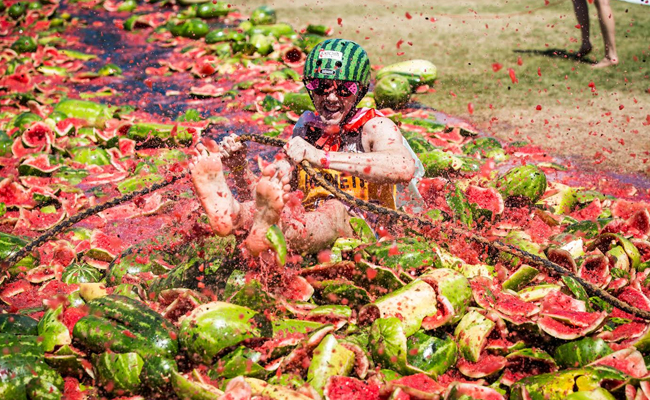 Haro Wine is a wet, hot, sticky, and messy festival where people toss wine on each other until everyone is left soaked in Wine. It is a summer festival held in the town of Haro in the La Rioja region of Northern Spain On Saint Peters Day. Haro Wine festival is associated with Batalla Del Vino meaning Batlle of Wine and is declared a Festival of National and Touristic Interest by the Spanish Government. Spanish festivals are Insane!

Songkran is one of the most similar messy festivals to Holi because people tend to throw ice-cold water and apply the beige coloured paste to each other. It is celebrated to mark Thailand's New Year. It is a festival of unity that represents purification and the washing away of one's sins and bad luck. The name Songkran is derived from Sanskrit word Sankranti meaning transmigration of the sun from one Rashi to the next. 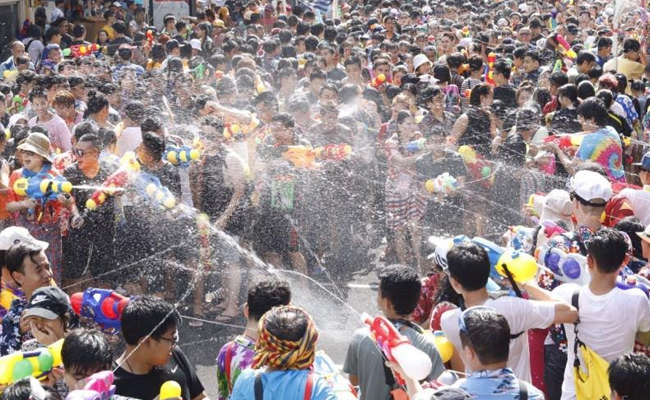 One more messy fest, but this time, Oranges are victim!!

Battle of Oranges is an Italian version of La Tomatina. Held in the northern Italian city of Ivera, it is the largest food fight in Italy where people throw oranges at each other in organised groups. The battle of oranges was first celebrated in 1808. About 400 tonnes of oranges gets juiced every year. 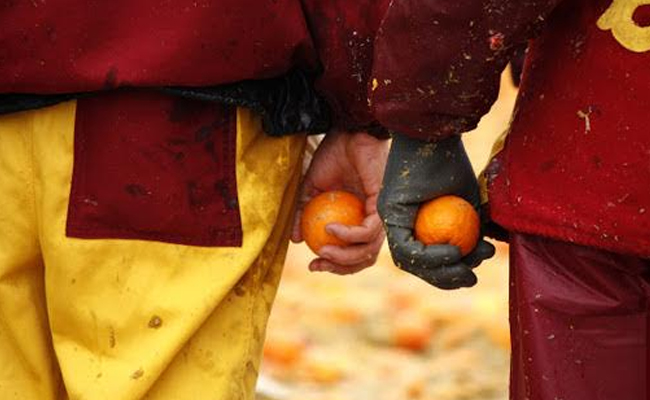 Spanish people can’t stay away from the mess. Known as Fiesta de Cascamorras in the native language, it the festival celebrated in towns of Guadix and Baza annually in Spain. The origin of this festival can be traced back to 1490. In this festival, people of Gaza and Guadix gets involved in a fun-filled mess of defending and stealing of statue of Virgin Mary respectively. 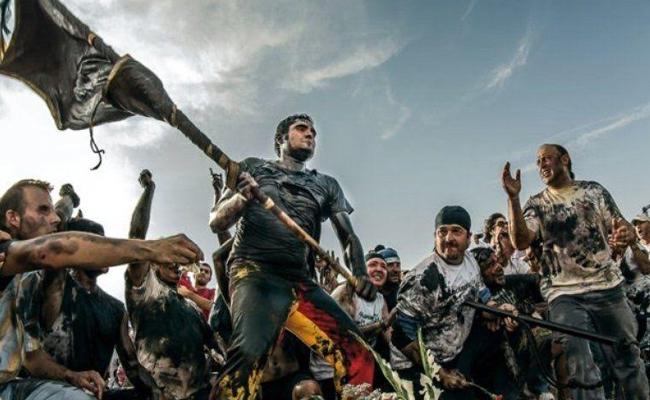 So, which festival smacked you as hard as our beloved Holi do?