You love each other, your presence embraces each other, and you see good more in each other. You cry a little less and laugh a little harder with each other. You don’t let your relationship get toxic because of any factor. That is what a relationship is all about. You fight your own demons to make the other one feel safe and comfortable. You do not realise how fighting the other factors you love completes a year or two that is really a special moment to cherish. The day you came along together to strengthen each other needs no other reason to celebrate. Now, as your anniversary might be a day away, you would need some delicious anniversary cake to celebrate. Along with it, you might have forgotten to order anniversary gifts or anniversary flowers for your precious guy, so why worry? 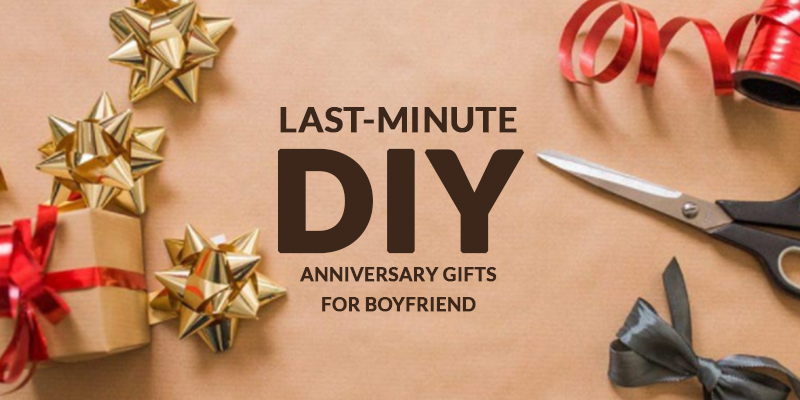 Do it yourself! No, not anniversary cake or anniversary flowers but anniversary gifts, of course. For your most loving boyfriend, you can spare your last minute in productively thinking about what anniversary gift would allure him. Just a piece of advice, for men, heartwarming loving gifts matter the most. Let us help you find the right last-minute DIY anniversary gift for your boyfriend if you are out of ideas. Scroll down to have a better look… 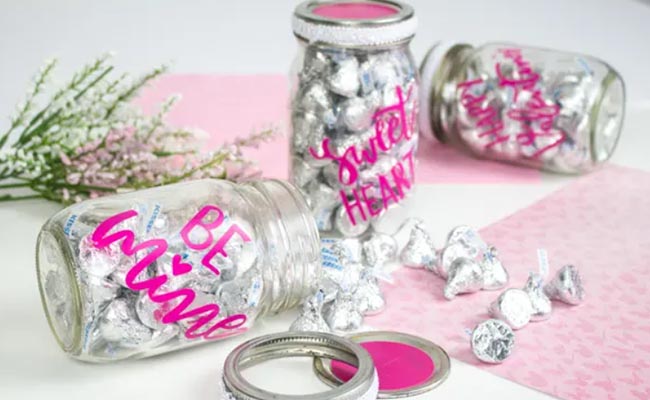 Everyone loves a candy jar. Especially when candies are made with love and a jar is decorated at home, it gives a unique feeling to our loved ones. This anniversary, do not just present anniversary flowers or anniversary cake but also add some more sweetness in the form of candies. These candies can be made within two hours, and then you can wrap them with glittery paper and decorate the jar with a beautiful message. So, give this anniversary gift to make his day remarkable with chocolicious delicacies. 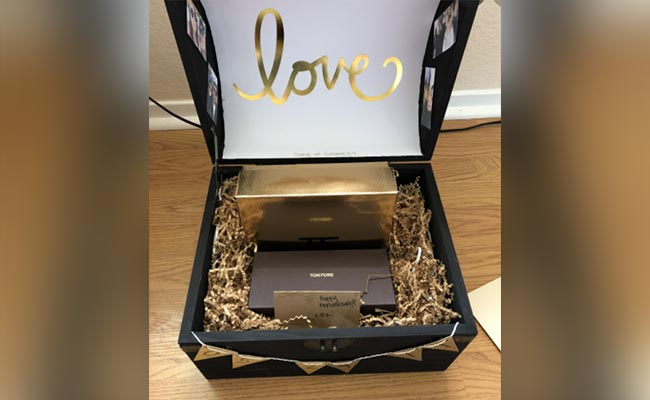 Well, you can take a box in which you can add his favourite thing and as he opens finds a loop of his favourite picture with you attached there. For last-minute DIY options, it always goes well. Also, it is pocket-friendly enough to make. Let your most treasured memories be a part of it and exhibit your love for him. You need not run hither and thither, just make a treasure chest paper box at the last moment and serve it as an anniversary gift before your boyfriend.

51 Things I Love About You 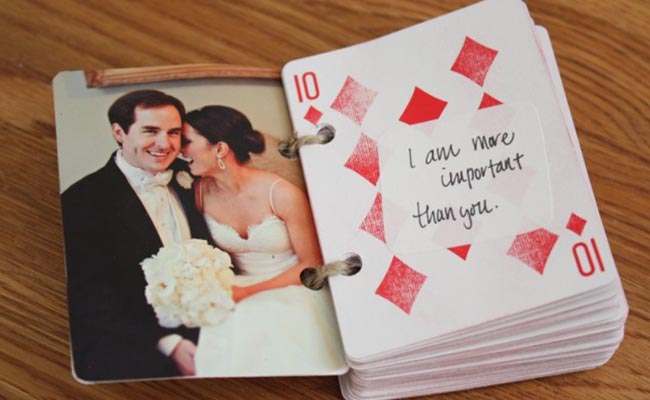 As it is your anniversary, your boyfriend deserves to hear some sweet words from your side. So, instead of pondering what you can buy or make for him, just DIY 51 things you love about him and see how his eyes lit up reading it. On this anniversary, show him what attracts you the most about him and see how he cherishes it, keeping it safe with himself. This is kind of an anniversary gift that you can curate with beautiful sheets at the last moment. 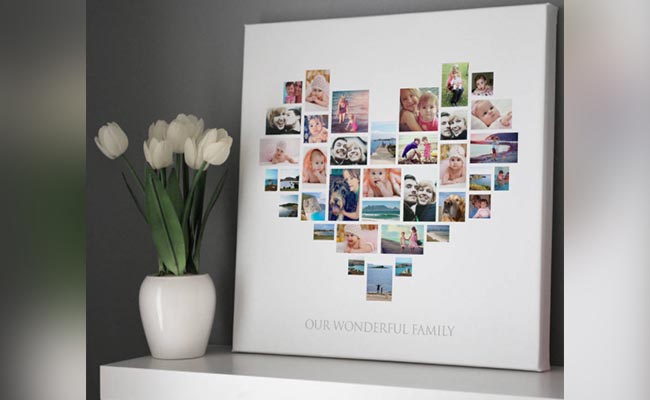 One of the simplest yet the most loving anniversary gifts you can offer to your boyfriend is this heart photo collage canvas. You just need a canvas of any size, your most treasured memories and a glue to stick. Place it heart-shaped and see which pictures can be trimmed and which needs to be used fully. It might take some hours, but with scented candles, anniversary flowers and cake, this will look glorious placed in between. 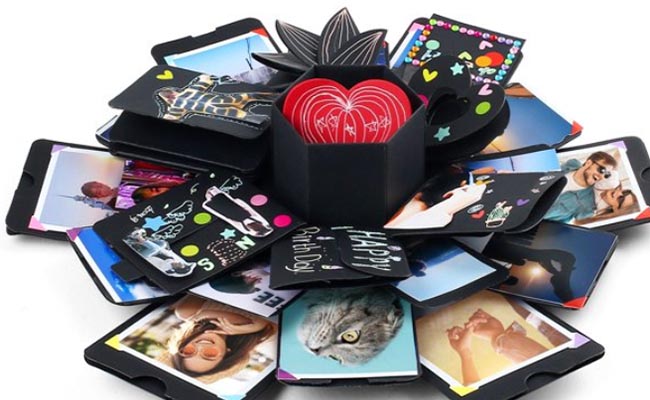 What a pretty gift it would be for your boyfriend! As he opens a square box, he would find an array of messages, love photos and might be some chocolates too. Well, you can place anniversary flowers and anniversary cakes like a heart-shaped one near it and place this box in between as anniversary gifts. He will love the explosion that takes place as he won’t be prepared for it. Also, it is not really a challenging task to make it. Within a few hours, you can. 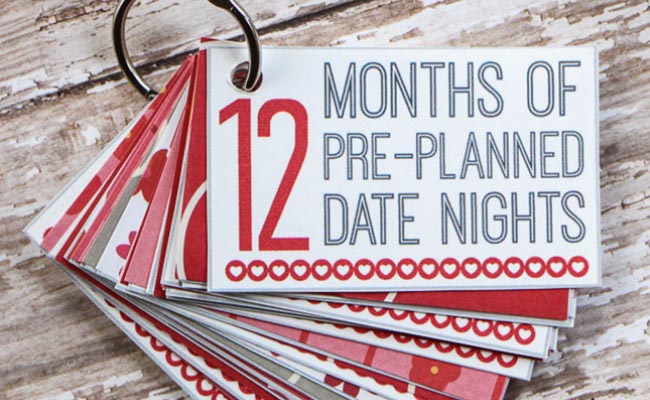 Who doesn't like date nights? Boyfriends always wait for it, so why not prepare a date night calendar with what to wear or how it would be for your boyfriend. You can take some rectangle sheet pieces and make a tiny hole so that it can be settled like a keychain, and in those 12 little sheets, you can mention when the date night is and how you wish to have it. He would definitely love this anniversary gift, and obviously, he will keep it safe. 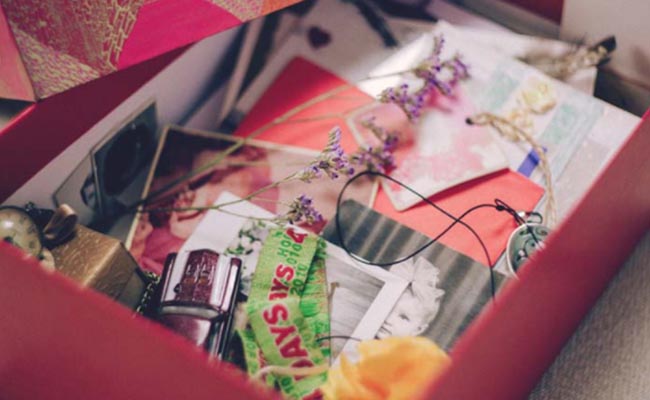 If you are out of time, then this vacation keepsake would save you. We know you will arrange anniversary flowers and anniversary cakes, but apart from that, you can take your partner down the memory lane that you enjoyed together. Take a wooden box in a light colour and decorate it with a ribbon and a message on it. Inside, keep your vacation photographs or some unique tokens you had from there. It can be something sexy also and see how much he admires your efforts in preparing this vacation keepsake for him.

We hope your boyfriend loves your token of love and these last-minute DIY gift ideas help you make your anniversary memorable.