India is a homeland to very many varieties of flora and fauna. Rather it is quite blessed to have a wide variety of some endemic, endangered and extinct home plants. Talking about the flora, we have to talk about the plants which bear the sweet fruits of a farmer's hard work. Yes, we are talking about fruit plants like apple, pear, grapes, pineapple, guava, kiwi, mango etc. Over this blog, we are going to equip you with the idea of fruit gardening or fruit plantation in India that farmers and gardeners look into. We will discuss step by step as to what goes into planting fruits in India from the tools which are used to answering all the fruit gardening related queries in the form of questions and answers. 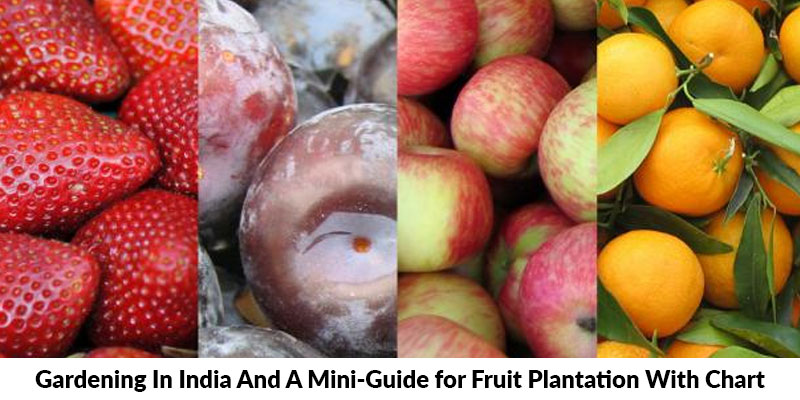 Tools That Are Used

● Crow bar is used to dig some pits.
● Dibber is used to make hole in the soil to plant the seed.
● Drill hoe is a long handheld horticultural equipment with triangular blade and which is used to carry out seed drills.
● Fruit gatherer is a device used to gather fruits from tall trees without causing any damage to it.
● Garden fork is an equipment used to break the soil clods during the preparation of the soil bed.
● Garden rakes are used to collect small bits of stones and brick bits from the bed.
● Khurpi is used to remove weeds from the nursery bed or to loosen out the soil for proper aeration.
● Kudali is used for digging pits and soil for the plantation of fruit seeds.
● Mattock is a piece of equipment in which one end is pointed with a normal pickaxe and the other end is flattened like a chisel. 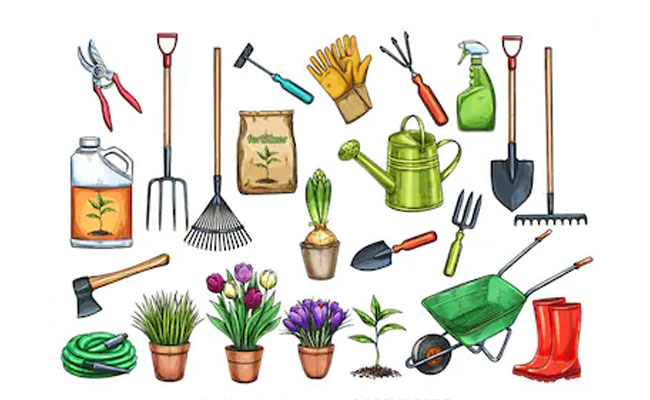 How To Know That The Plant Needs To Be Repotted?

● The most eminent sign being when the roots have reached up to the top of the soil surface. Or has started to burst out of the drainage hole.
● Other signs would include if the plant has stopped growing or slowed down its growth. If the plant is of small size, then turn the pot on its side and then take a look at its roots.
● Also, the offsets of the plant can make the pot crowded and calls for repotting. It’s the time to separate them with their mommy plant and help them propagate on their own.


When To Repot A Fruit Plant?

● If your plant came just straight from some garden let it adjust to its new environment being in your garden, a few weeks before repotting it.
● Whereas young actively growing plants must be firstly mixed with fresh potting mix once a year only then be thought of repotting it.
● Large houseplants or slow like ficus can be potted twice a year when the pot seems full or they have outgrown themselves.
● It's’ best to repot a plant around the spring time because of it being the beginning of its growth. Also, repotting can be done in winters on those plant which are in its full capacity on fall season. 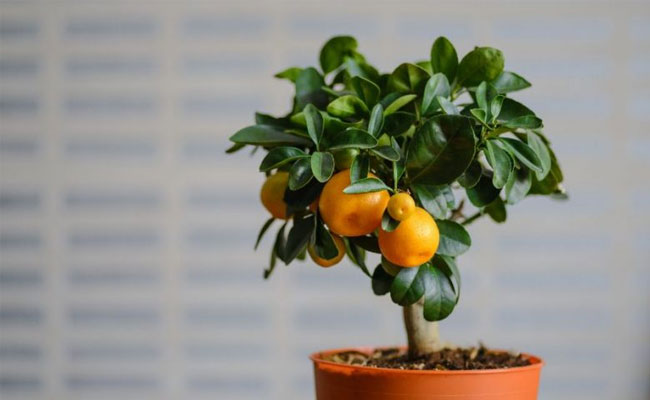 ● Do not expose it to direct sun right away.
● The soil should be evenly moist, but not soggy.
● High humidity sometimes helps while repotting a plant.
● Never fertilize a newly repotted plant.

● Simple fruits - It contains fleshy fruits like berries, pepo, drupe and pome. It also contains dry fruits like legume, silique, capsule, follicle
● Indehiscent dry fruits - consist of things like grains, nuts, etc.
● Temperate fruits - Chilly cold is required for the growth of such fruit plants.
● Tropical fruits - Generally evergreen and are highly sensitive to cold, those fruits fall under this category.
● Subtropical fruits - Fruits which are grown under the temperate and tropical condition fall under this category.
● Climacteric fruits - are those fruits which take a sharp rise and fall during its ripening season. E.g - avocado, banana, mango, sapota etc
● Non-climacteric fruits - are those fruits which maintain a constant respiration rate. E.g - citrus fruits, grapes
● Drought tolerant fruits - which are marked on the basis of their drought tolerance in terms of highly, moderately and sensitively tolerant.

Below we have mentioned a few fruit plants and their plantation and harvest time. Check them out!