Come April 1, and everyone is trying to pull a prank on each other. We all have faced the embarrassment in ways on April Fool’s Day, which led to us thinking who started it first?

Well, we won’t play a prank on you by telling wrong facts, but the origins of foolish day remain uncertain. Some say it is the celebration related to the change of seasons while some are of the belief that adoption of a new calendar leads to the evolution of All Fool’s day-- the other name of April Fool’s Day.

Another historical event behind celebrating April Fool can be traced back to 1642. One of the daily chores of Saint Joseph Vial included playing a prank on someone in the neighborhood every day. He played his last prank on April 1, 1642-- the day he died, and this day is marked as April Fool’s Day in his remembrance.

Admittedly, everyone will be playing a prank on someone. You too! Don’t you think, the practice has become common and does not tickle the funny bones as it used to do earlier? If “yes,” is your answer, we have got something for you. 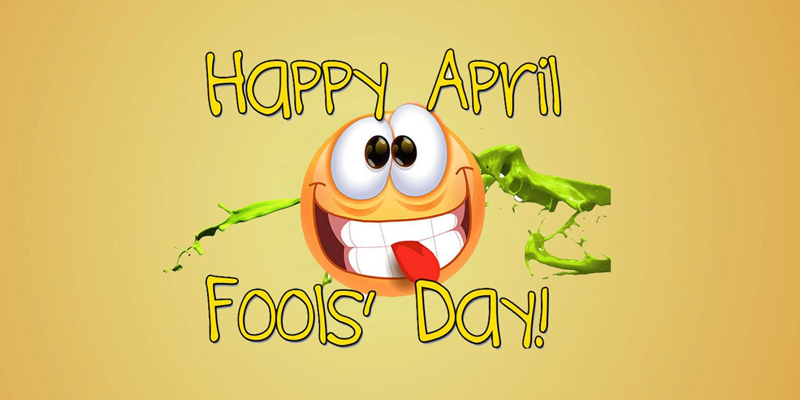 Keeping in mind the essence of the day, we have prepared a list of April fool gifts idea that will leave the recipient with a silly smile.

1- We all have fools in our life whom we have raised as phools (flowers). On April Fool’s Day, phool toh banta hai yaar!

2- All your life, your elder sibling has been smacking you with nasty phrases. It’s time to equalize the score! Put the fake poop in his bag or on his bed. It is one of the best gifts online for April Fool’s day that resembles the original one minus the smell.

3- If you happen to know someone whose birthday falls on April 1, one of the gag gifts idea, that is suitable for both the scenarios birthday and april fool is magic candles. Watch the party take a funny turn with relighting candles.

4- If there is a gift that fits every occasion, it is a mug. As it is April Fool’s Day, go for a unique one. A mug imprinted with a quirky quote “Fool is Fool doesn’t matter. Wishing you a prosperous, joyful Fool’s Day to the King’s of fools.”

5- You are dying to play a prank on your colleagues because all throughout the year they have been a pain. Replace the pens and pencils with crayons and permanent markers of your colleagues and let the daily office task turn into a hilarious frustration.

6- You are a kind of holly-jolly person, and April Fool’s day is one good opportunity for you to put your mischief side into action. Fart bombs make for the perfect prank gifts idea to play a hoax with anyone. Cleverly put the bomb under your friend’s seat and when he or she sits, a little squeeze will explode the bomb and fill the room with the stinky smell followed by a rupture of laughter.

7- She loves earrings. And you love irritating her. 1st April creates a conducive environment for you to give her the hump. Go for toilet paper and poop earrings and watch her scream your name the loudest in anger.

8- April Fool’s Day is the idyllic time for you to wear your vengeance cap. When the person is expecting a gift from you, surprise him or her with a box of nothing. As soon as the recipient unboxes the gift, witness his or her smile turning into a frown in nanoseconds. You bet yourself, this is the best prank you could ever pull on a person.

9- Browsing gag gifts for men because you want to tease your brother “April fool banaya before he does.” Get a cushion printed with a quirky quote or personalise it with an embarrassing picture of him. Hang the cushion on the door, so that when he opens the door, he gets hit by it. There is another way to tease him. Wet his favourite cushion so that he won’t be able to lie down for a while!

10- Moms can be savage! Prove to her that you are her child by gifting her a personalised explosion box. Instead of pictures, a talking cartoon pop ups leaving her startled. You could also add a tag “Happy Fool’s Day, Mama!”

11- Relationships aren’t only about romantic talks, it is also about sharing laughs and troubling the person. For your lover and spouse, we have got you a romantic yet funny gift-An April Fool greeting card. Pen down all the funny things about your partner, or write a note that makes him or her shy. Add to your relationship funny moments because they make life worth living.