Religious plants are one of the very important parts of India. They are mainly used by Indian people for worshipping gods, goddesses. The religious plants in India are very unique as they not only help you to grow as a better person but also help you to attain mental peace and material prosperity. The plants like rudraksha mala have roots in Hinduism and are believed to be worn by Shiva and his family. On the other hand the sacred fig tree, peepal is regarded as one of the most sacred trees for both Hindus and Buddhists. Some of the plants like black pepper and cactus on the other hand enhance your lifestyle and help to grow as a better person. There are many plants and trees which are worshipped in India. Here are 12 Religious Plants in India which has great importance in many rituals. 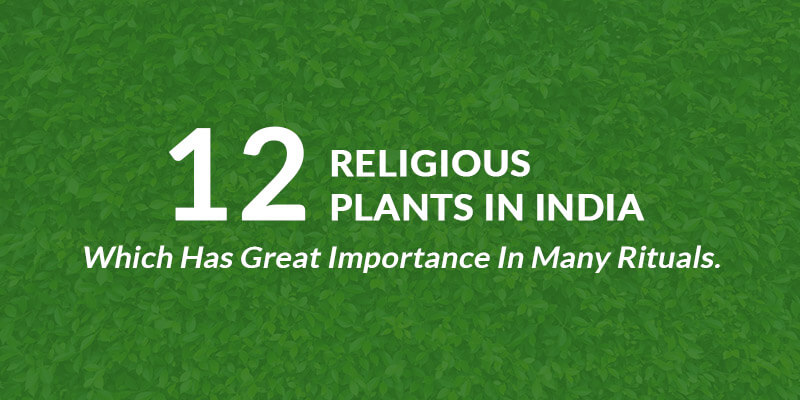 The peepal is venerated as a sacred and auspicious tree and also as a religious plant. The Sanskrit word peepal literally means 'wisdom'. It has been specifically used to denote the four Vedas and the sacred texts written on palm leaves. The main source of knowledge of Indian traditions which are based on Hindu scriptures or Vedas contains very rich metaphorical and analogical references to the peepal tree. 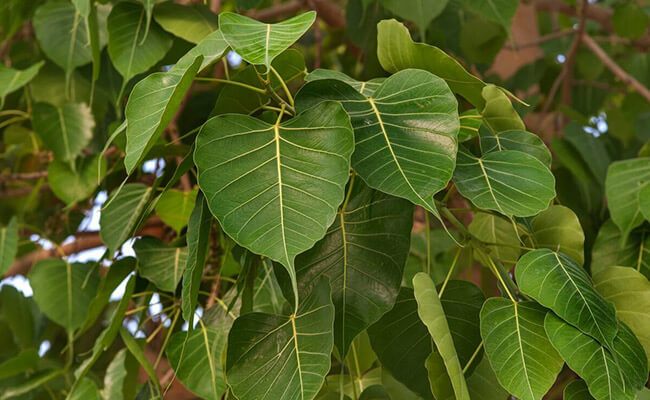 Tulsi (Bot. Ocimum tenuiflorum) is a small perennial plant and members of the Lamiaceae (mint) family and is an integral part of the religious and cultural fabric of India. It has been venerated for centuries, both as a medicinal herb and revered as a tree that provides spiritual nourishment, offering protection from evil and disaster. Almost every Hindu household in India grows at least one Tulsi plant. 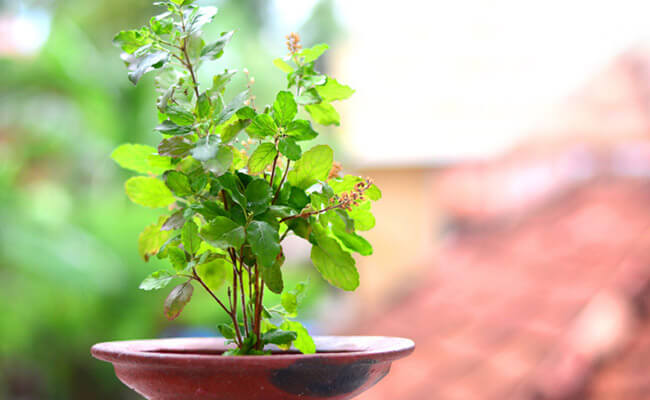 In Hinduism, it is a symbol of continuity, ancient wisdom and longevity. In Jainism it symbolizes purity. In ancient Buddhism to the banyan was sacred and highly revered. The oldest banyan tree still surviving is at Gobardhan in Jaipur, Rajasthan, with a canopy spread over more than 50 acres the present one is the descendant of a banyan planted by Adi Sankara nearly 1000 years ago. Banyan is a religious plant in Indian culture, most commonly worshipped in North India. 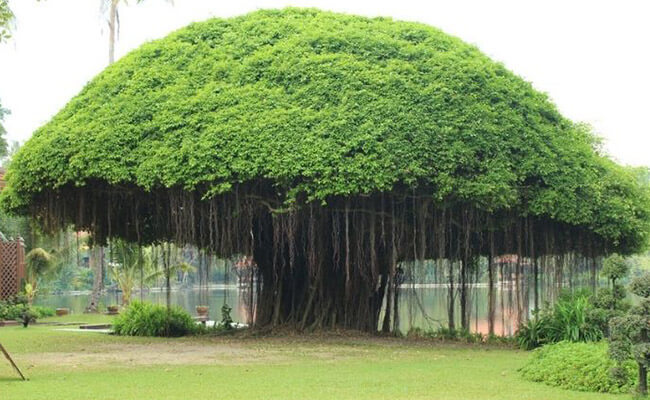 The Bael (known as Bel, Vembu or Valpippali in some places) is a religious plant in some Asian countries. Even the leaves and the fruit of this plant are used for worship. There is a belief that these plant helps to make some wishes come true. In the western part of India, some Hindus worship this plant for longevity and good health. The fruit of this plant is consumed as a healthy food supplement. It has been used as one of the ingredients in making herbal medicines that cure various diseases.

An Ashoka tree is associated with several religious rituals in India. It is planted in the temple compound, used in the preparation of the garbha-griha, or house of worship, and used in marriage ceremonies. An Ashoka tree is also worshipped as a divinity and is one of the most popular sacred trees in India. 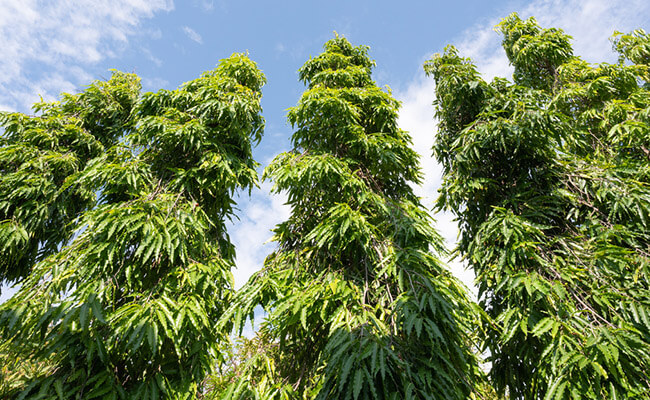 A tree of spiritual and religious importance in India, the Mango tree is part of many Hindu rituals and festivals. Mango plants are used as religious plants as well as for their fruits. In some parts of India, farmers plant this tree near the boundary of their property as they tend to shield the home from evil eyes and bad luck. Mango leaves and twigs, mixed with milk or yoghurt and sugar, is given to children before exams or school-leaving certificate (SLC) to maintain good grades and concentrate on studying. 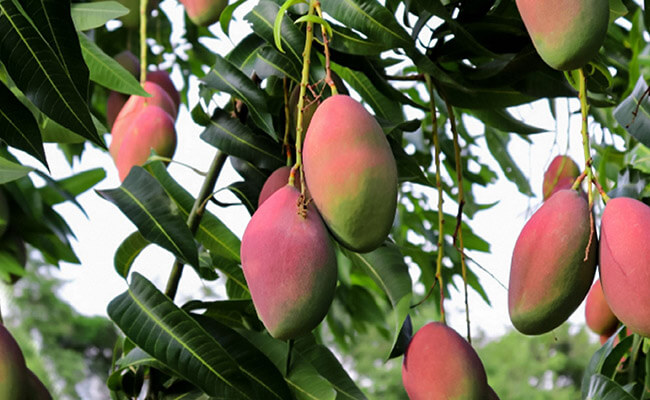 When speaking of trees of Indian origin, the height, appearance, flowers, fruit and aroma are profoundly striking. The Neem tree is one of the most important religious plants located in the northern part of the subcontinent. The word "Nim" means to grow or multiply. It is also known as the Margosa tree in Sanskrit. In Hindu scriptures, neem is mentioned as a sacred plant and as a source of effective herbal medicine for a variety of ailments. In the modern world, neem has been further validated as a practical treatment for a multitude of ailments. From being used as traditional pest control to topical treatment for acne and dandruff, neem's uses have been proven through time and confirmed today. 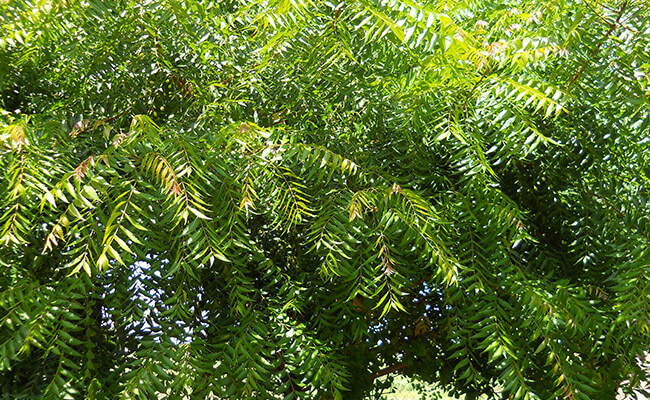 Lotus is one of the revered religious plants in India. Given its exalted status, it was always grown in special ponds. The lotus flower has been an essential ornament for depicting gods and goddesses in Hindu mythology since early times. Lotus is a water-pollinating flower, which symbolizes purity and sacredness in Indian traditions. It is a very sacred plant of Hindus and Buddhists. 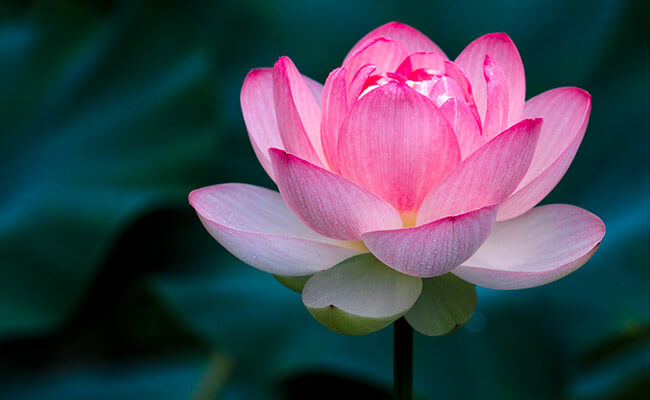 The Sandalwood tree is valued as a religious plant in the Hindu religion. It is very sacred to the people of India and represents Krishna and Vishnu. In times of old, the wood from the trees was used in religious offerings to gods and goddesses. Sculptures can be seen with pieces of sandalwood, in temples in India, and Buddhist monasteries. For thousands of years in India, it has been a part of worship. It is a strong connection to one’s soul and creates a home for the soul when one has walked away from the world. It is a sacred plant for many religions. 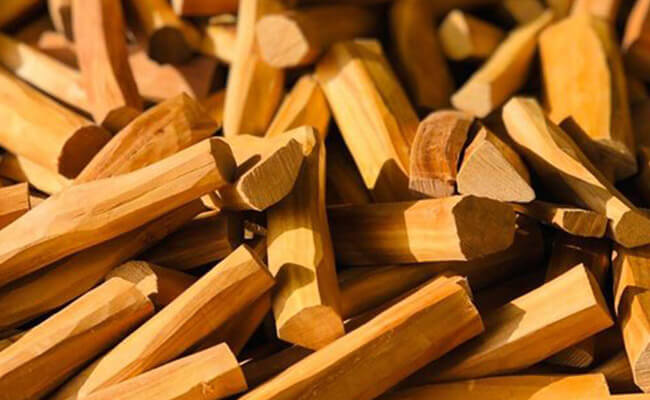 Banana trees are one of the most revered religious plants in India. The belief associated with this plant is that five gods are living in every banana tree. According to Hindu mythology, these gods are known as “Pancha Ganapathi”. It is for this reason that banana is also referred to as “Pancha Ganapathi Poorna”. 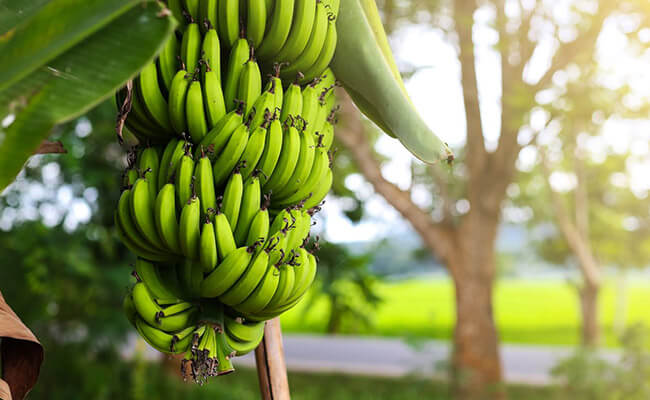 Coconut tree plant's leaves, flowers, fruits are used for religious purposes in India. The coconut tree is called "Mahua" in Hindi which means "Great Gift". The Hindus get highly delighted when they see this tree. Coconut is recognized as a very important plant in India. Its ripe flesh is used for making coconut oil, which is one of the most commonly used cooking oils in India and many other countries in the world. However, in India, coconut uses and benefits go beyond its use as an edible fruit and cooking oil. 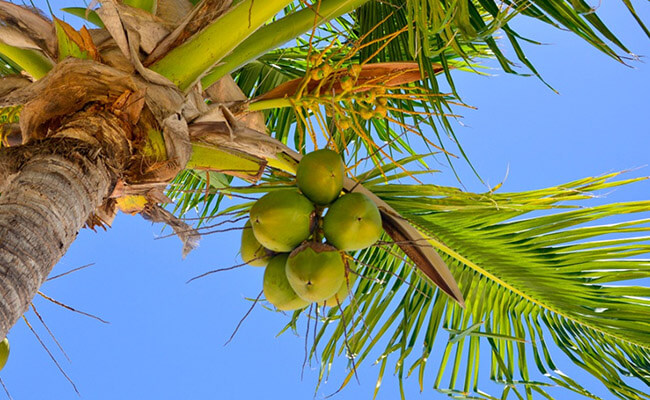 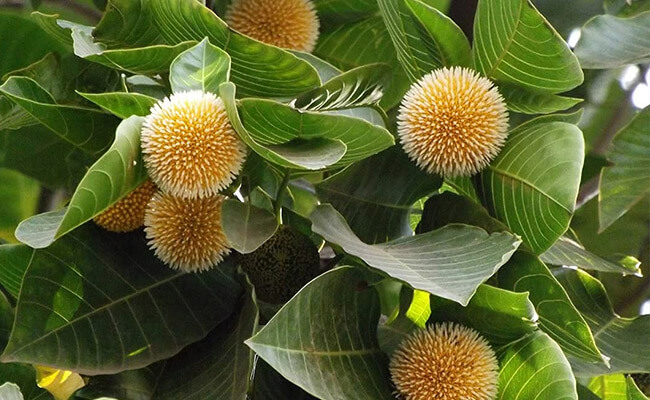 India is a multi-religious country. In this multi-religion, there has been a common belief that God resides in trees. Worshipping plants as a part of nature as a whole is an age-old practice. People respect nature and the natural resources of land, water and air in worshipping trees in India. Therefore, tree worship in India is a very important aspect. So, here was everything you need to know about the 12 Religious Plants in India which have great importance in many rituals.