Teddy bears are one of the most adorable things to exist in this world. It is a given that we are talking about Teddy Bear, the soft toy only. A great majority of people enjoy the cozy feel that a teddy bear brings to them. It is for this reason that a lot of us like giving and receiving the cute combo of teddy bears and flowers on our special occasions. From birthdays to anniversaries, teddy bears are exchanged as a token of love and care. As a matter of fact, the good old teddy bear has secured its position as a celebration itself during the romantic week of Valentine's. On this note, let's go over the top ten most interesting facts about teddy bears. 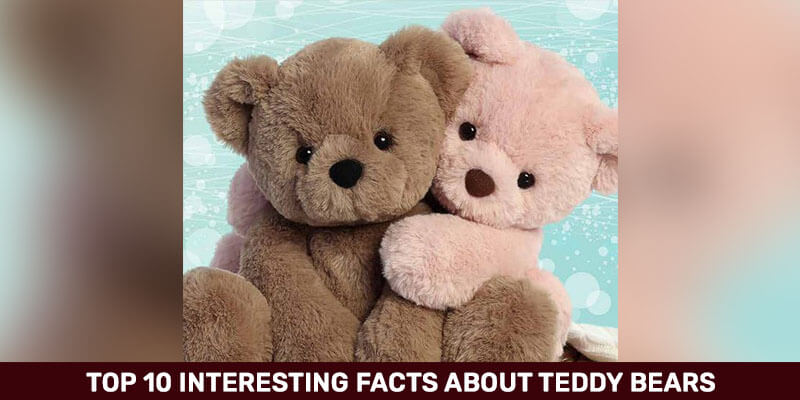 1.Teddy Bear got its name from the Late President Theodore Roosevelt after an incident where he refused to shoot a defenseless bear during a hunting trip.

2.A teddy bear named Magellan T. Bear was sent to space in 1955 on Space Shuttle Discovery.

4.February tenth is celebrated as Teddy Day during Valentines Week.

5.The largest teddy bear in the world is 19.41 meters in height.

6.The biggest collection of teddy bears consists of 20,367 items.

7.The smallest teddy bear sold commercially was only 9 millimeters in height.

8.Arctophile is the official term for a person who likes to collect teddy bears.

9.Washable teddy bears are available in the markets now. Until 1954, you couldn't wash a teddy bear without messing up with its quality.

10.More deaths have been reported to have been caused by teddy bears as compared to real bears.