As we all upgrade our calendars from 2019 to 2020, from the celebrations of New Year, save some excitement for the festival of Lohri. The Lohri festival is the first celebration of the year characterized by bonfires, folk dance, folk songs, sweets, and dry fruits. 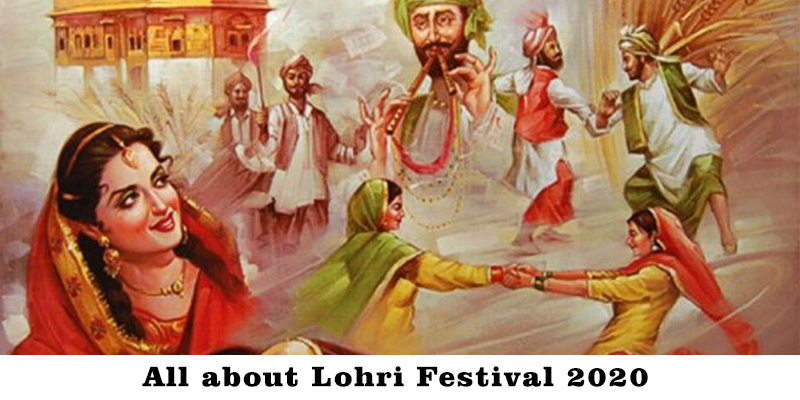 When is Lohri Celebrated 2020?

Every year, Lohri celebration takes place on the 13th of January, and the year 2020 is no special. As the solar position decides the date of Lohri, it remains unchanged through the years. Lohri is a winter Punjabi festival, primarily celebrated by Sikhs and Hindus of the Punjab and northern belt of India with exuberance.

Unlike other festival dates, Lohri is celebrated on a fixed date, i.e., 13th January. While for many 13th is unlucky, but for the ones who honour this festival, it is an auspicious date. It is believed that on this day, the sun enters the Makar Rashi, meaning it starts moving from the North to the South. The Earth also begins its journey towards the sun, thus marking the end of cold and chilly winters. 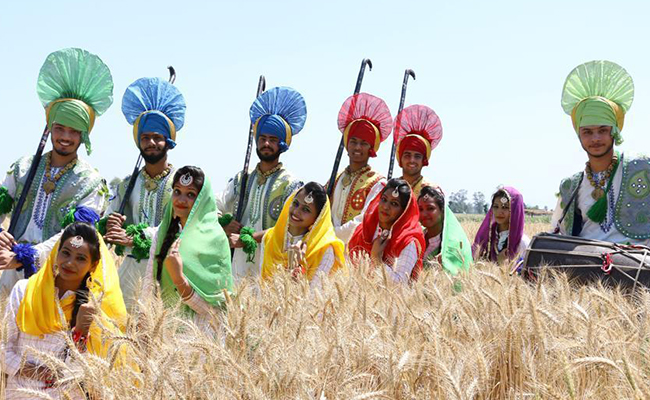 Another ancient significance of Lohri celebrated on 13th January is associated with a winter crop. In Punjab, rabi-- a winter crop is sown in October and is harvested during March-April. In the mid of January (i.e., 13th), the fields grow with a promise of a golden harvest, and farmers celebrate Lohri in this rest period before the cutting of the crops.

The Lohri event celebrations are associated with bonfires, rewari, popcorns, peanuts. A bonfire is ignited in the middle of the ground. People encircle bonfires. Then, people go around the bonfire signing “Sunder Mundriye ho!”. We know, you are singing this song right in your head in the Punjabi tone. As people go round and round, they toss popcorns, peanuts, rewari, and other winter edibles into the bonfire to keep it blazing. 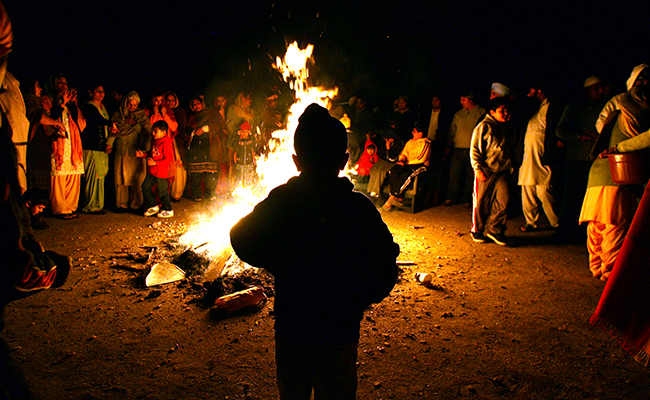 In Punjab, men and women dance to the tunes of folklores in their unique Lohri festival dress. Bhangra and Gidda are the folk dances of Punjab. Another tradition is collecting Lohri. Group of young boys and girls go around collecting logs, jaggery, money, to commemorate the Lohri preparations.

As India is the country of many cultures, traditions, and languages-- Lohri is celebrated with fervour across the nation with diversity. Throughout India, it is marked with different names and rituals. Neatly decorated homes, offerings to God, relishing sweets and goodies, dance, and songs are the aesthetics of Lohri. In each part of India, Lohri brings happiness.

Now, festive celebrations tend to remain incomplete without the exchange of gifts. Giving and receiving gifts on Lohri is a way of sharing joyful happiness and greetings with your dear ones. If you are on a lookout for Lohri gifts, browse Lohri gifts online, and we are sure you will find some thoughtful rewards for all your relations.

And, not to forget, Lohri di Lakh Lakh Vadhaiyan!!