When is Rakhi in Canada? - Date & Time

Raksha Bandhan is a celebration of the beautiful bond between brothers and sisters. Raksha Bandhan is a festival that enforces the relationship between the siblings. Bracelets are tied around the wrists of the siblings to embody each other, thereby keeping them glued to one another. This brother-sister bond often results in a tighter-knitted family. As the major question comes up - when is Rakhi in Canada, then do know that the rakhi festival will fall on Sunday, 22nd August 2021. There is no public holiday, but it is a Hindu holiday on this special day.

Raksha Bandhan by Ram Raksha is a great way to show your love and care to your siblings. These multi-coloured threads are embellished with Turmeric and other verities of Haldi. As you tie the Rakhis to the wrists of your dear siblings, you will be tying your feelings of love and care with those threads. The thread color will also be helping you send out wishes for their happiness and prosperity in the coming year.

Indian festival of Raksha Bandhan is marked by piety, brotherly love, and celebration. This festival is celebrated by sisters residing in Canada eager to send Rakhis to their siblings living in the country. The sister tying the Rakhi will always be the knot that is tied by love and affection. Tie a rakhi to your brother with the blessing of Lord Rama and Laxmi. Raksha Bandhan is a mix of faith, culture, and celebration. 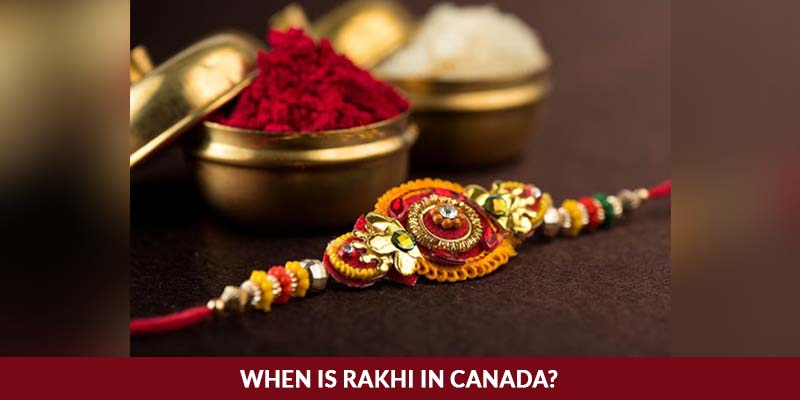 This year, the calendar has come up with the best way to connect you with your beloved ones in Canada. Be it a friend, brother, or sister in Canada; you can always send Rakhi and Sweets to your loved ones. Raksha Bandhan or Rakhi is an ancient festival that symbolises the love, respect, and care given in a family. This day is celebrated by Hindus in India and many other countries like Canada, the US, etc.

Today, the feeling is there. In Canada, Raksha Bandhan is celebrated as passionately as it is celebrated in India. It has become a custom for a brother to gift his sister with a Rakhi (the thread representing the bond between the two siblings) during this festival. 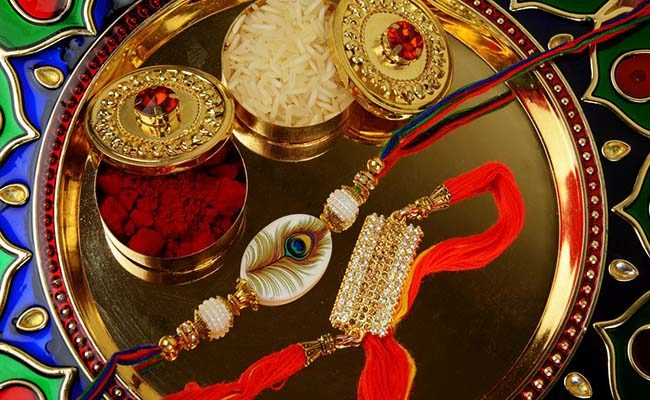 How is Rakhi celebrated in Canada?

Raksha Bandhan, being a very auspicious festival, celebrates the relationship between brothers and sisters. It is considered that this age-old festival brings love and affection between relatives and friends. Though it is celebrated with much joy during August, it has its real essence to give us a bond of love even after we get separated from our loved ones. Raksha Bandhan is another name of a holy festival. It is a festival that is celebrated throughout India with religious zeal and devotion. It is a day so auspicious that every year the entire country celebrates this divine occasion along with great enthusiasm and joy. Raksha Bandhan, otherwise called Rakhi, is a commercial occasion for most of the population in India and other Hindu gatherings and a few non-Hindu individuals. The celebration depends upon an east Indian legend about the sibling warlords Rama and Lakshmana, who were joined together by their sister, Sita. Rama was captured and taken to Lanka, prompting Lakshmana to leave behind his adoration of Rama and aimlessly conflict with Ravana, the lord of Lanka.

Being one of the most celebrated ethnic festivals worldwide, Raksha Bandhan remains special amongst all other festivals for its sweet and tender bond of love and affection between a brother and his sister. The most important day of the year, Raksha Bandhan is a day that every sister wants to celebrate in pomp and glory to make her brother feel pampered. Celebrated in Canada, where thousands of brothers come with gifts from different parts of the world to make their sisters smile. Some brothers carry sweets from home; others get intricately made shawls on this special occasion, while some go as far as sending a bouquet.

In Canada, Raksha Bandhan, or Rakhi, is a celebration in which people express their love and respect for each other. This day is celebrated with a Rakhi – a traditional thread woven bracelet tied on the wrist of one's brother, sister, cousin, or even good friend. The significance of the Rakhi is not only to celebrate the relationship between loved ones but also to remind them of their responsibilities.

So, now when you know when is Rakhi in Canada and if you are residing there, then start your preparations for Rakhi or if you want to send Rakhi online, then begin searching for the best rakhis, you can send to your beloved brother who might miss his motherland and the festival vibes he misses the most.