10 Most Popular Desserts in the World

"No matter how much I eat, there is always room for dessert. Dessert doesn't go to the stomach. Dessert goes to the heart." 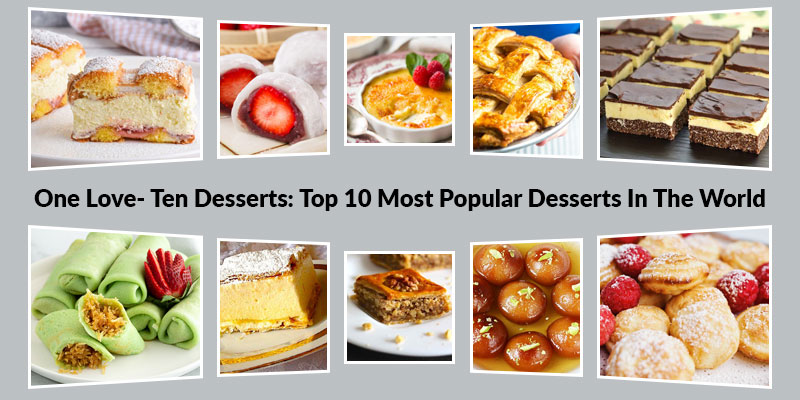 No day is fully finished until the dessert course has been relished. Isn’t it? We, homo sapiens solemnly swear to diggin to all desserts in the world and relish it to our heart’s delight. Such is this kind of relationship that every human being shared with all the desserts in the world. Talking of some of the best desserts in the world, our knowledge is only restricted to trying out traditional kinds of cakes, cupcakes, icecreams and other such sweet treats. Why is it that when it comes to exploring the most popular desserts in the world, we don’t try enough to be eager to keep our hunt on for them? If you are up for trying something exotic in terms of desserts, then here’s a list of some lip-smacking desserts from around the world that you must give a try once in your lifetime, if you call yourself to be a bigtime dessert lover. Let the sweet exploration begin!

You gotta give this exotic dessert item,at least a try for sure. It is the simplest to bake even by an amateur baker if he/she has an oven at home. Back in the 17th century, this dessert was introduced by Francois Massialot, a chef of a kitchen of a Duke of Orlean, who wrote about its recipe in a book. A creamy pastry a thin, crisp caramel layer is what is referred to as cream brulee and which has stolen everyone’s heart. 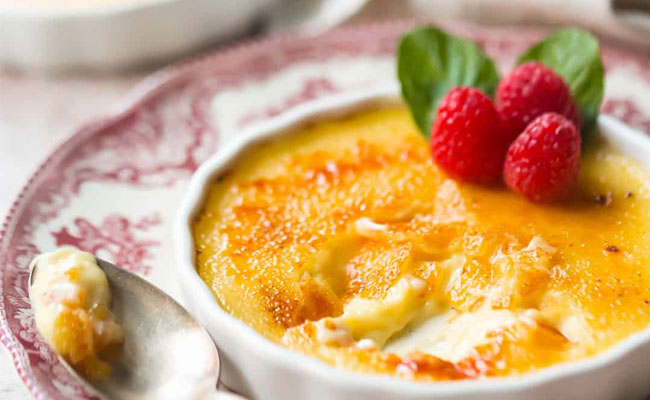 As sweet as the name of this dessert seems Mochi is a traditional Japanese dessert which is prepared with sticky rice. Pounded in a mortar, turned it to paste and made scones or pellets from it, resulting in making this dessert item which is the heart of every Japanese festival. To take the yumminess up by a level, a scoop of ice cream is served along with Mochi. 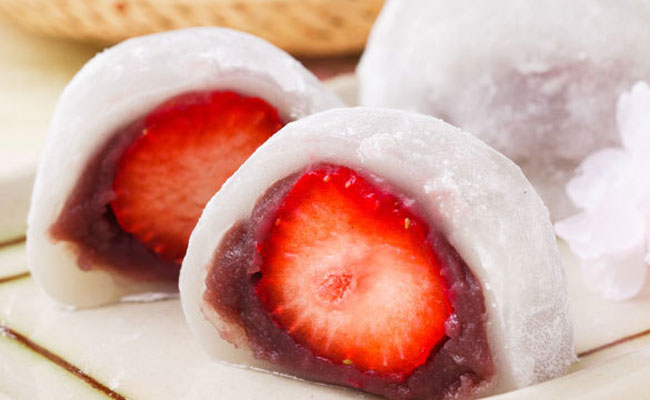 Once the famous author, Jane Austen quoted “Good apple pies are a considerable part of our domestic happiness." and since then, the people of USA took apple pie very seriously (kidding). As apples are fruits which are the first loves of many, hence this dessert made up with a crispy crust which can be presented with whipped cream, vanilla ice-cream or even with cheddar cheese became so popular. 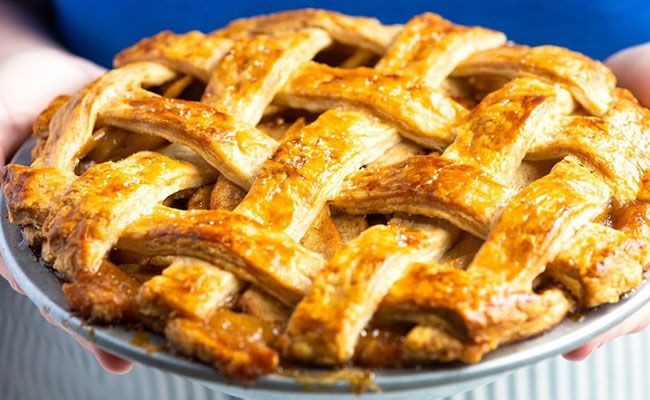 After getting its name from the town of Nanaimo, this Canadian dessert is one of the most delicious dessert in the world. Having three decks of tart that doesn’t require any baking, the lower decker includes waffle bits, whereas there are a creamy icing and chocolate glaze to top it up with. 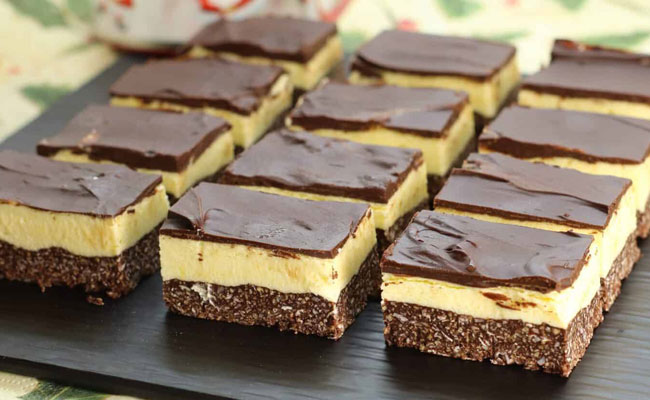 The heart of every Indian occasion is Gulab Jamun. Prepared with milk solids that are kneaded into a dough and then deep-fried into desi ghee, gulab jamuns are topped up with saffron, green cardamom, and rose water to add a dash of royalty. Speaking of history, this dessert was introduced by the Mughals in India as they relished an Arabic dessert called luqmat al-qadi. 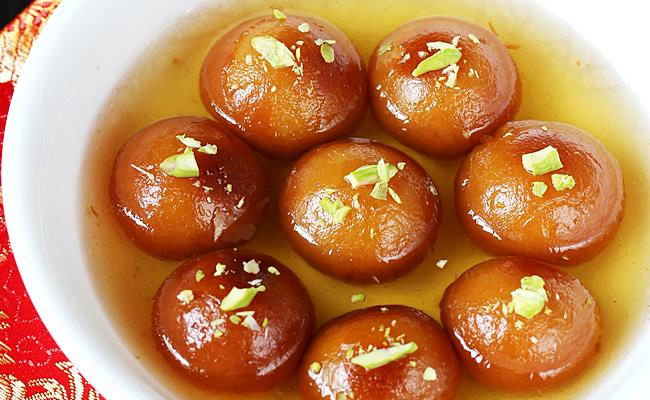 One of the famous dessert items of the Eastside, Pakhlava is a dessert which has the thinnest slices with the filling with minced nuts, which is further topped up with syrup or honey cut and then cut into square pieces. It is a must-try dessert because of it giving people goosebumps with its exotic melt in the mouth experience. 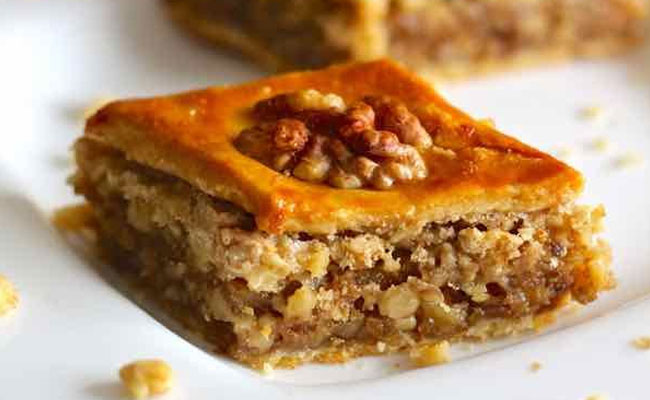 A biscuit-like dessert which is combined with meringue corresponds to the colours of Catholic Church – yellow and white. It got famous after being served at cafe Mozart in the year 1974. This dessert stands out just the way its name does. 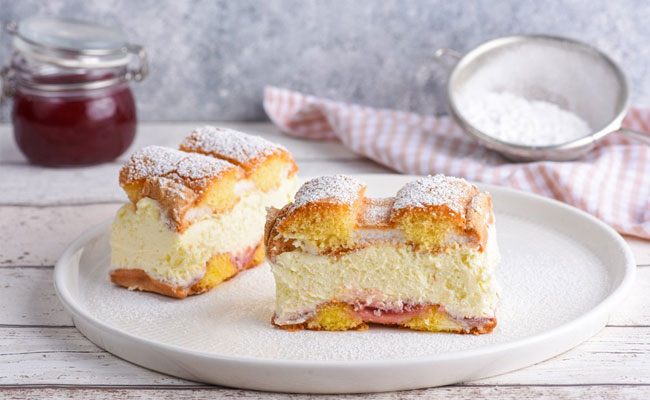 Another cousin of the sweet pancakes are these sweet Indonesian versions known as Dadar Gulung. Dadar means pancakes whereas gulung means to roll and hence the name. This pancake roll in green colour is made with the Pandan leaves and filled with sweet grated coconut. 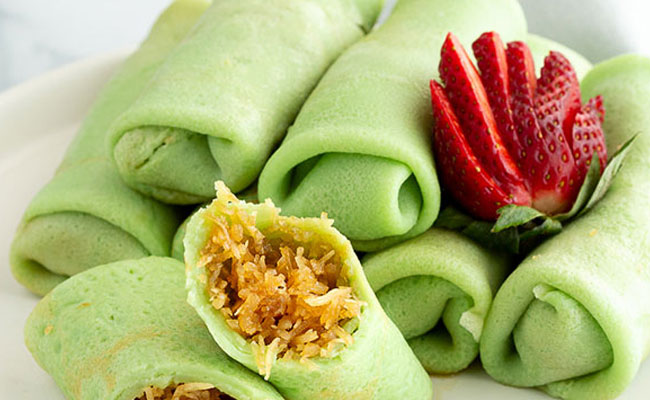 In other words, its the name given to the small, round and puffy pancakes that are made with yeast and buckwheat flour. People of the Netherlands use a separate pan to make these scrumptious pancakes called poffertjespan. Served on a cardboard paper on various festive occasions, Poffertjes are a dessert meant to be relished in breakfast by topping it up with some tasty toppings. 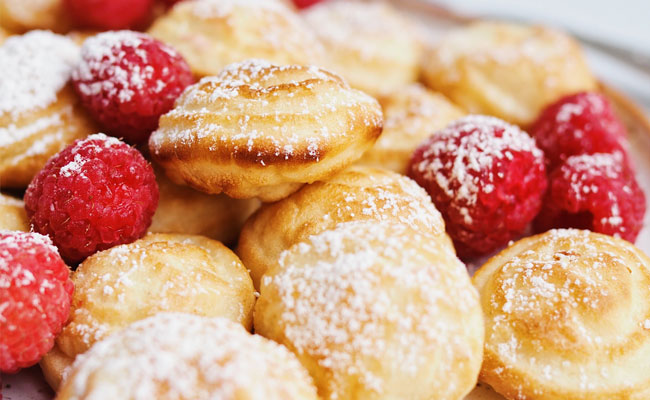 The famous cremeschnitte goes with the name Kremes in Hungary. Two puffy layers filled with a generous amount of pastry cream and sandwiched with one another is quite everyone’s favourite dessert in Hungary. Although it has been modernised a bit, as the classic version used to be made light and dry and topped up with powdered sugar. But it still happens to be the staple dessert for all the Hungarians. 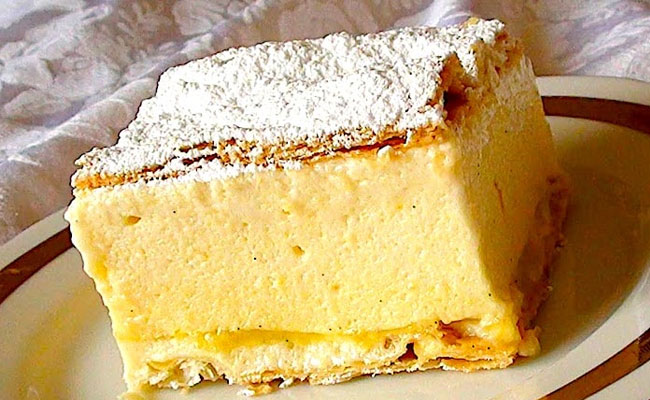 So, what’s the wait for? Bake it or order it from some reputed bakery these exotic delicacies and diggin folks! Just a touch with your lips will be enough to make you fall in love with these desserts!