Surprising a wife on wedding anniversary is a little effort-demanding task for the husband. But we can't see the pain of the husbands, and so we have decided to suggest some anniversary gifts for wife. Before starting with the gift ideas, we do want to mention that more than anything, your wife wants love and respect from you. If you can keep doing that without a stop, then you won't need to make extra efforts to surprise her on wedding anniversary. 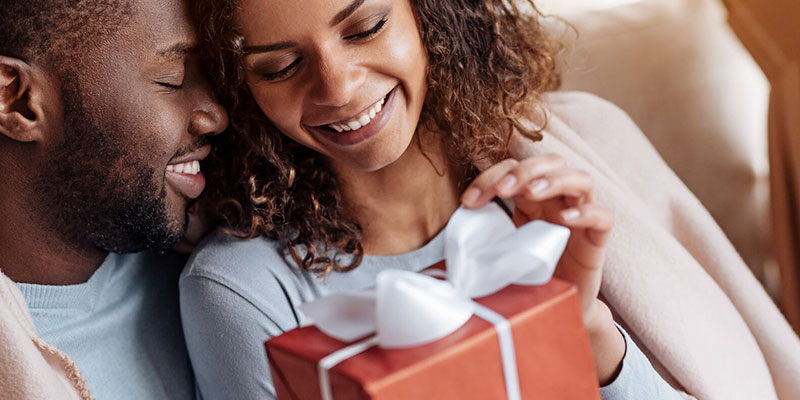 You might have gone through different articles suggesting anniversary gifts for your wife, but we know you came out confused with so many gift options. So, we have just selected only four charming gifts.

We tried a lot to not mention this one, but it just happened again. A piece of jewellery has to be the first on the list while talking about an anniversary gift for a wife. And so, we are mentioning this. This beautiful heart-shaped purple pendant makes a quintessential and romantic gift for your loving wife. You can ask her to close the eyes and can place the pendant around her in a filmy way. She would surely jump with joy, and you will receive a tight hug. Things can steer forward after a hug, but we are keeping the privacy here! 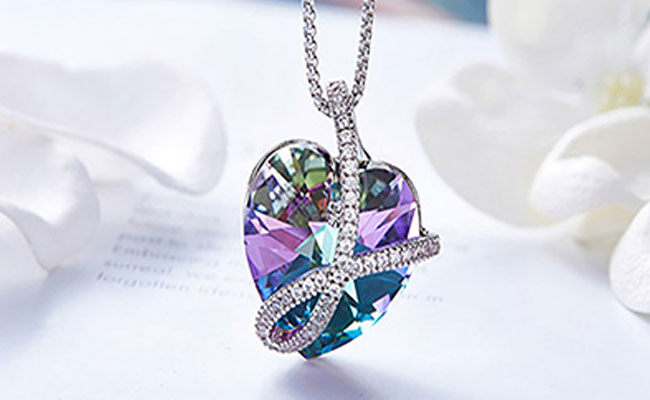 We gave you a hint in the intro, and we are saying it again - you don't need a materialistic gift to surprise your wife, it's the efforts and the vibes of your love. By choosing a cake as the anniversary gift for your wife, you will be conveying that you want to celebrate the special day in a memorable way. You can look for as many wedding anniversary cake ideas as you want, but we think that photo cakes are the best to choose from. A cake like the one we have shared in the image is sure to tickle to your wife's heart.

Another gift item on our list of anniversary gifts to surprise a wife is a special message box with flowers arranged in it. The flower box we shared here in the picture is full of some lovely red roses and cute white fillers. Roses are considered to express love and romance, and that's what you need to make your anniversary day a very special one. You can also pick any other box or arrangement of roses. But the one we are sharing has a thick paper box with a floral and 'Happy Anniversary' text printed on it.

You both have spent so much time together and have created some loving memories. So, you gift such a captured memory to your wife on your wedding anniversary. You can add a candid picture of your both in the wall frame to make it a perfect one. The wall frame we shared here has a text "I love you for your thoughtfulness, your understanding, and for the countless little things you do for me each day." It surely is one of the heart-touching anniversary gifts for wife. 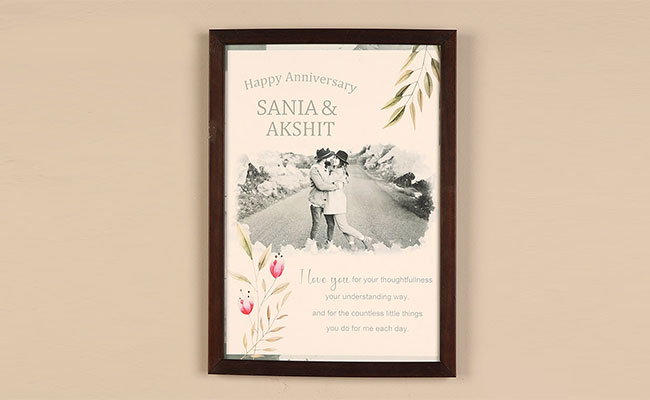 Pick one or go for all! Surprise her with your love!