Bird of paradise is a gorgeous plant that can be easily recognized by its bold, funky and bright flowers. In the state of California, it is just as ubiquitous and grows along sidewalks, parking lots, oceanfront, and many gardens. Belonging to the Strelitzia genus, this plant's name comes from its distinctive bird-shaped flower. These varieties have a crane-like appearance, usually with a color combination remindful of tropical birds. 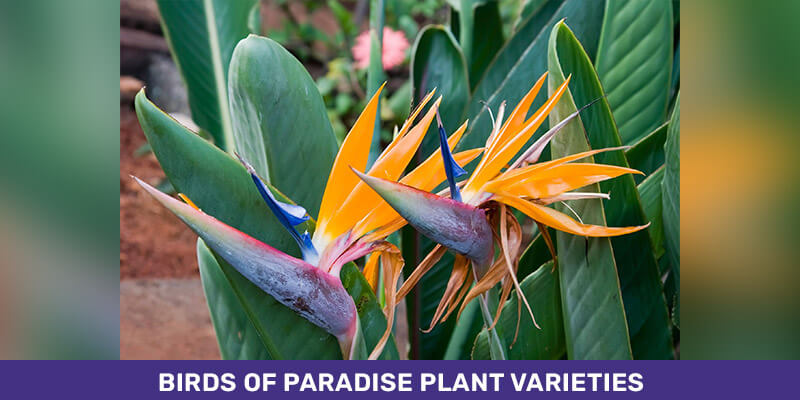 Since these plants originated in South Africa, they thrive in hot, humid regions and are popular in tropical and subtropical locations around the world. Below given is the list of bird of paradise plant varieties.

Strelitzia nicolai is one of the largest species of Strelitzia, easily reaching a height of 20 feet. Strelitzia Nikolai is more commonly found in the forests of South Africa, where its height gives it a competitive advantage for sunlight.

And while it is taller than Strelitzia regina, it retains a similar appearance, consisting of individual stalks, thick, paddle-shaped leaves and crown-like flower shapes. But unlike Regina, which is often orange or yellow in color, Strelitzia nicolai has white and dark blue petals. Also, considering the large size of the plant, these flowers can grow to be 7 inches tall and 18 inches tall. 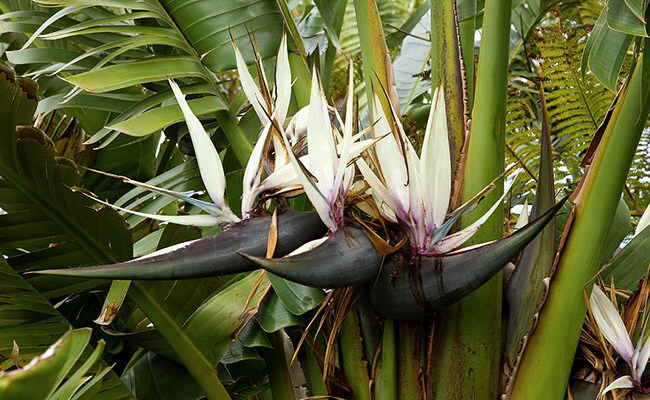 The most popular of the Bird of Paradise plants is also the largest. The plants have two large dark green leaves that grow from a central stem. A blue flower emerges from each leaf with a long orange-red spadix. The flowers indicate readiness to bloom by opening in the evening and closing the next morning, but will last up to three days in bright indirect light if left open longer. To encourage flowering, keep in a warm room away from drafts. 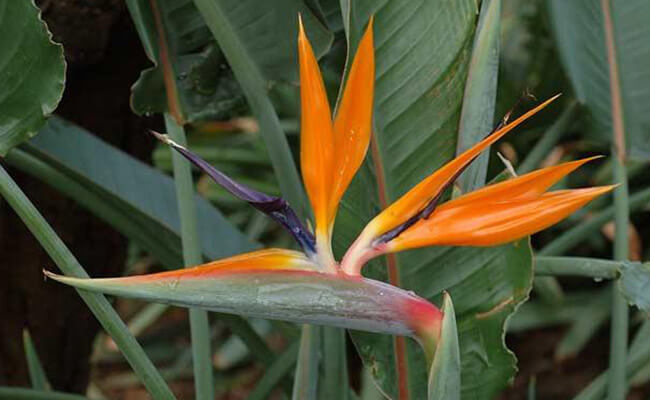 This bird of paradise is another broad-leaved evergreen tree, but with flowers that tend toward yellow. It has a somewhat better cold tolerance than pulcherrima, evergreen remaining up to 15 degrees. It blooms repeatedly with clusters of yellow flowers that resemble azaleas, and the shape of the leaf and seed pods explain its membership in the legume family. 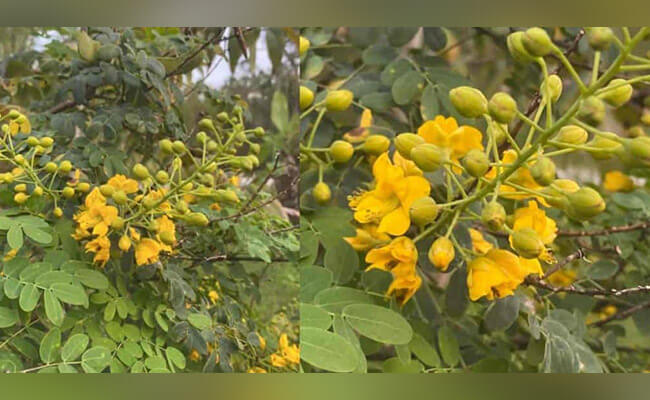 The S. alba plant gets its name from its majestic white flowers, which bloom between July and December. Unlike the Regina variety, S. alba grows to 30 feet tall. As a result, it is rarely found elsewhere in the wild, where its height allows it to easily access sunlight. This majestic plant is similar to the banana plant, which is why it is also known as the white flowering banana plant. Its large leaves make it reminiscent of a traveler's palm. The plant needs plenty of water and heat to thrive. As a result, it is ubiquitous in its native South Africa and Madagascar, where there are optimal growth conditions.

Coming from higher altitudes, this species is called the mountain bird of paradise, the African desert banana, or the Transvaal wild banana. It grows to 25 feet tall and 10 feet wide, and its large leaves have a thin tail-like tip. It has flowers with white and blue petals. Plant collectors consider it the most difficult plant to obtain from seed or live plants. 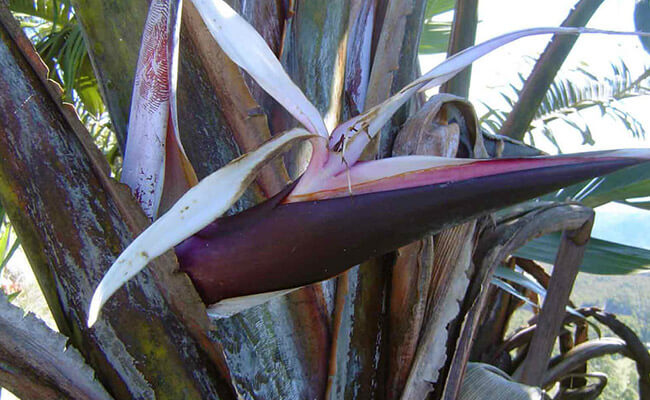 You can easily google these and buy plants online from any reputed online portal.