"When life's hills become too steep to climb on my own, my sister takes my hand and reminds me that I didn't have to climb it alone, to begin with."


Sister /ˈsɪstə/ means a person who holds you in your bad times, who is equally happy for your list to achievements, who is your second mommy, who is the best advisor, your source of entertainment and your bestest friend for life. All the blessings of the world one side, whereas a sister as a blessing on the other side. So, when the whole world celebrates Rakha Bandhan to commemorate the brother-sister bond, it’s time that you celebrate sisterhood. But, being a girl of the 21st century, every girl is strong enough to fight her demons alone and look after her safety. 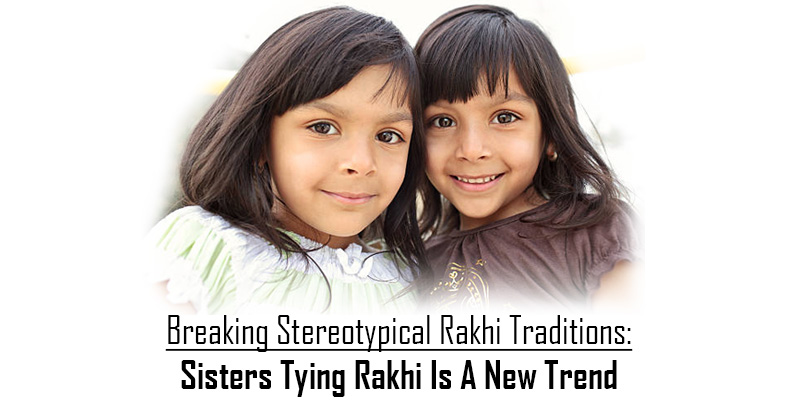 It’s time to give a modern yet a much-needed twist to Rakhi by letting a sister tying Rakhi to sister. If we talk about celebrating Raksha Bandhan between sisters, then an unusual type of Rakhi called Lumba Rakhi has been quite famous lately. Such rakhis are meant to be tied by sisters over sisters in law's wrists along with the bangles. Initially, started by Rajasthani and Gujarati ladies to popularise the concept of passing good wishes of Happy Raksha Bandhan from sister to sister.

Gone are the days, when a girl was meant to tie a rakhi on her brother’s wrist so that the brother can look after her sister’s safety and in return get pampered over attractive rakhi combos. With changing time, #rakhirevolution happened where the traditional significance of Rakhi festival was shifted into a better version that is to celebrate the Raksha Bandhan sister to sister way. The main motto of celebrating Rakhi has been successfully shifted to celebrating sisterhood from celebrating brother-sister bond, in specific.

Quite just like the traditional way, sisters tend to celebrate Rakhi by tying a beautiful designer, zardozi, Kundan and any other kind of rakhis. Firstly, the tilak is done over sister’s forehead, then the Rakhi is tied, after which sisters grace the ceremony over exchanging sweets and smiles. Furthermore, lovely, thoughtful, keepsakes rakhi gifts are exchanged as part of the traditional ceremony. 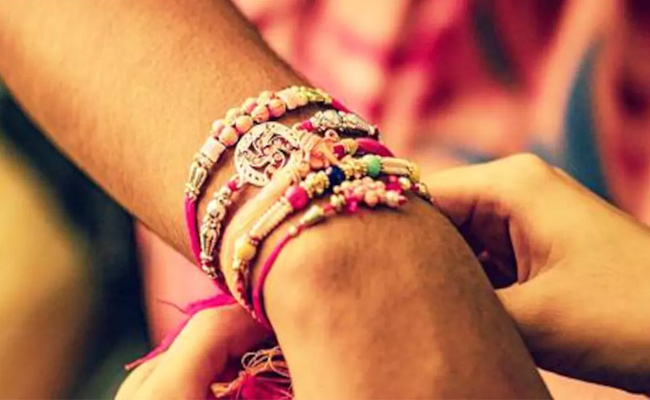 Passing the happy, festive vibes by wishing “Happy Raksha Bandhan sister to sister” to break the gender bias which was related to this festival, traditionally. This life and even in the next, sisters are lifelong friends whom you can trust with all your heart. Whether it is, telling some of your deepest, darkest secrets to share something to seek her valuable views on, she means the world to you. Also, sisters know us well, so that whenever we end up covering or hiding something, they catch us so easily that we often wonder do they know telepathy? From being your greatest critic to being your role-model, she encourages you to stay happy when we forget how to fly.

Though we share a love-hate relationship with them when it comes to sharing cosmetics, wardrobe and her accessories to fighting for the TV remote, you still can’t do without her when she gets married, and distance comes between you both. To celebrate her presence in your life, celebrating her birthday wasn’t just enough. So, a tradition like a happy rakhi sister to sister was much-needed. Though, we would surely give in that a day to celebrate your and her bond won’t just do. Instead, every day should be “her and your day” to celebrate and relive those golden memories of childhood.

Bollywood celebrities like Kriti and Nupur Sanon are seen breaking the stereotypical notion of celebrating Rakhi, every year, like two girl bosses. She further religiously posts a rakhi update over her social media accounts quoting that - “Every year I celebrate Raksha Bandhan with my sister. This festival is not about brother protecting sisters; it is about siblings protecting each other. No matter what I know, my sister will always stand by me, and I am happy to have a sister.”

Are sisters any less than brothers, these days? We think not! One might not be so blunt while discussing a few controversial topics with their brothers, the reason being a brother and sister belonging to different genders or maybe the age gap in between. But, that is so not the case when it comes to the bond, sisters share. She’s brutally honest while explaining things the way it is which might also end up creating a few nok-jhoks, which are worth experiencing (because jahan pyaar wahin ikrar, right?) 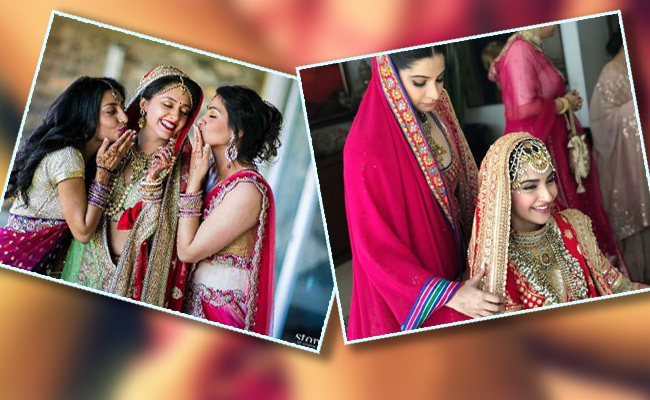 So, giving us enough reasons why should Raksha Bandhan be celebrated amongst a sister and sister duo and not only between the sister-brother duo, this Rakhi, let’s break the glass ceiling. And celebrate our biggest ally, our human dairy, our best-in best friend, our stylist, our manager and an epitome of epic-ness. So are we ready to celebrate Rakhi version 2.0?