History And Significance of Bhai Dooj aka Bhau Beej Festival

“I think people that have a brother or sister don’t realize how lucky they are. Sure, they fight a lot, but to know that there’s always somebody there, somebody that’s family.” – Trey Parker & Matt Stone

While the rest of the world is quite looking forward to celebrating their favourite festival, most of us are eagerly waiting for the festival of lights, aka Diwali. Diwali, for us, Indians is not just a festival but rather an emotion. It is a 5 days long festival, starting with Dhanteras, Choti Diwali, Badi Diwali, Goverdhan Puja and then finally, Bhai Dhooj festival. While most of us know the historical background of why Diwali is celebrated but do we know the history behind Bhai dooj celebration? As in the mythological significance of Bhai dooj festival, when and why was it started to be celebrated and by whom - facts like these? We don’t think so! Which is why over this blog, we are going to discuss why Bhau Beej, Bhai Teeka or Bhai Phota, as it is referred it in different parts of India, is celebrated as per history, mythology and significance. 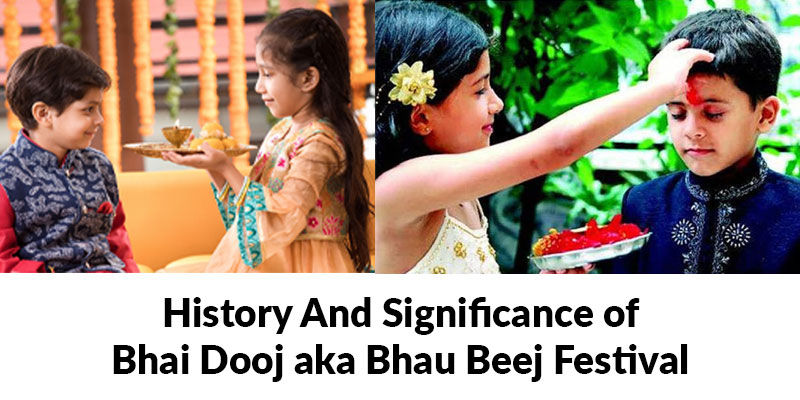 Bhai Dhooj comes from two words, “Bhai” which translates to “brother” and “Dooj” which translates to “the second day after the full moon” and hence the name of thsi festival. Bhai Dhooj is a festival celebrated to commemorate the loving bond between a brother-sister duo - to strengthen it or to make it even better. This festival is celebrated as the sister applies a tika or vermillion and rice paste on her brother’s forehead as she prays for her long life and well-being. On the other hand, the brothers promise to protect his sister from any trouble/evil and choose to pamper their darling sisters with some gift.

Mythologically speaking, there are two sides of this beautiful festival’s origin, one is that of Krishna- Subhadra’s story and the other one is of Yamraj - Yamuna’s story. As far as Lord Krishna and his sister, Subhadra’s story is concerned, it is said that Lord Krishna visited his sister’s place after killing Narkasura. To make the day special for him, she greeted by applying a tika on his forehead and pampered him with sweets and flowers. 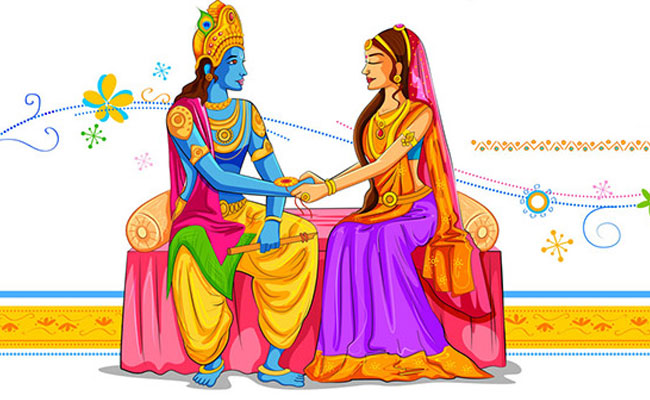 Other than this story, people also happen to believe the story which revolves around the Lord of death, Yamraj and his sister, Yamuna. As per some old saints, it was said that Lord Yamaraj visited his sister, Yamuna on this day, after ages. Hence, she greeted him with sweets and applied a tika on his forehead. Yamraj was so happy to see his sister grace his presence this beautifully, that he declared henceforth whoever shall celebrate this festival with their brothers/sisters will be given the boon of long life. That is the reason, Bhai Dhuj is also referred to as Yama Dwitiya in some cultures and by some people. 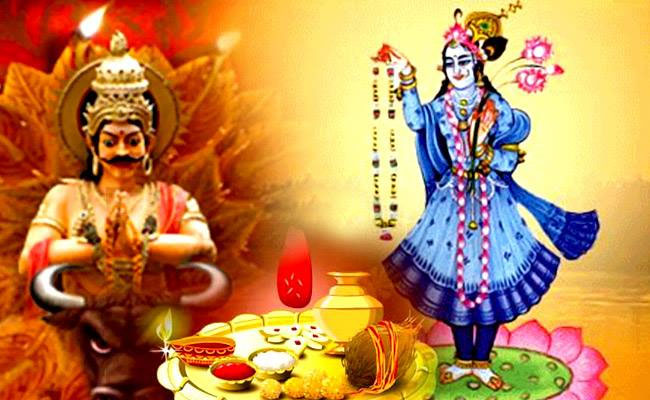 It is also said that Lord Mahavira gained his enlightenment on this day, years ago. He was the 24th Tirthankara of Jainism. It was said that when he left his kingdom, his brother King Nandivardhan was very upset. And during those times, his sister Sudarshana looked after him and took care of him, which is why Bhai Dhooj is seen as a day to honour a sister. Hence, from all these stories lying behind the celebration of Bhai Dhooj, one could quite guess the significance of this festival, which is simply protecting each other and seeking the Almighty’s blessings for each other’s long life and well being. 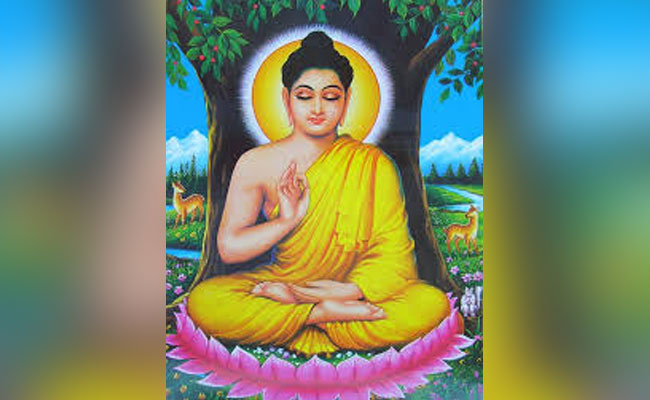