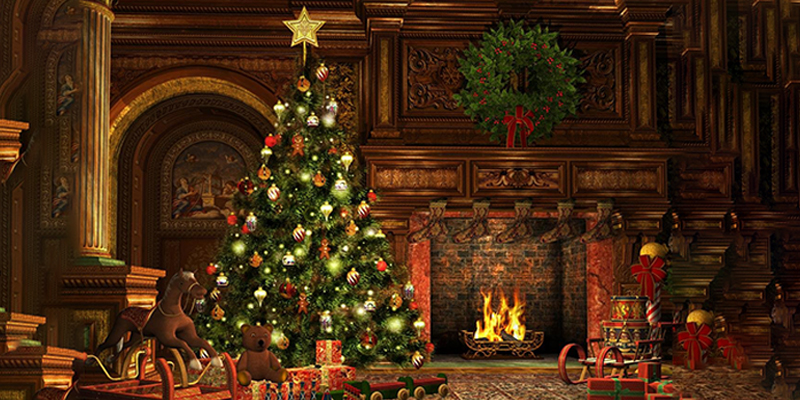 But, have you ever wondered why the Christmas tree is an essential part of Christmas festivities? Is it the glittery flash of the tinsel garland? Is it the refreshing piney smell permeating through the room? Or, is the significance?

.If you are curious to know the symbolism of the Christmas tree, then we’ll advise you to prepare for yourself a hot cup of tea or brewing coffee, set up the blaze in a fire mantle, get cozy in a chair and settle down. Because Christmas tree holds different meanings for different people and across cultures.

In Christianity, Christmas tree is symbolic of birth and resurrection of Jesus Christ. The tree’s branches and shrubs are viewed as an emblem of immortality and are said to symbolize the crown of thorns worn by Christ on the cross. Also, every decoration used to adorn the Christmas tree is believed to have a special significance. Though, people choose the ornaments for decorating as per their choice.

Commonly, people use a shining star as Christmas tree topper. But why? People are of the opinion that the star guided the wise men to Jesus Child in Bethlem. Angel is also used as tree toppers because it is said it was the angel who announced Christ’s birth.

What Christmas Tree Toppers Stand For?

Christmas Tree Meaning and Symbolism in History, Myth, and Lore

1. Greeks: The coniferous pine was sacred to Attis, the Greek God for flora-- the world of vegetation. In the Greek tradition, pine was furnished with silver adornments, and bells and offerings were placed under the tree as sacrifices to the deities.

2.Romans: Evergreen trees are held as solar symbolism in Roman culture. The trees were a testimony of light to the Romans. They celebrated the festival of Saturnalia to honor Saturn-- the God of agriculture. To mark the occasion, Roman people decorated their homes and temples with evergreen boughs.

3. Teutonic (Celtic): Trees of firs and pines were embellished gold torcs and pieces of jewellery. It was done with the notion of paying tribute to the deities of life, to assure a good harvest.

4. Japanese and Chinese: Pine and cypress trees are sacred in these two cultures as well as associated with the meaning of immortality, longevity. The wood from these trees is used to built holy structures altars, temples, Shinto Kami structures. Additionally, in these traditions, pine and cypress are assumed to possess the force of life which was felt at these holy structures built.

5. Germans: Germany is credited to start the tradition of decorating the interiors with Christmas trees, as we know. And, it is a widely held belief that Martin Luther, first added illuminated candles to the tree.