Home
>
Blog
>
10 Mysterious Flowers From Around The Globe
>

10 Mysterious Flowers From Around The Globe

Flowers are beautiful. Flowers are synonymous with aesthetics, grace, elegance, and everything that reminds you of beauty. However, flowers are mysterious too! Here we bring you the mystic flowers around the globe. With approximately 40,000 different flowers found on the planet, we introduce you to the 10 mysterious flowers in the world. 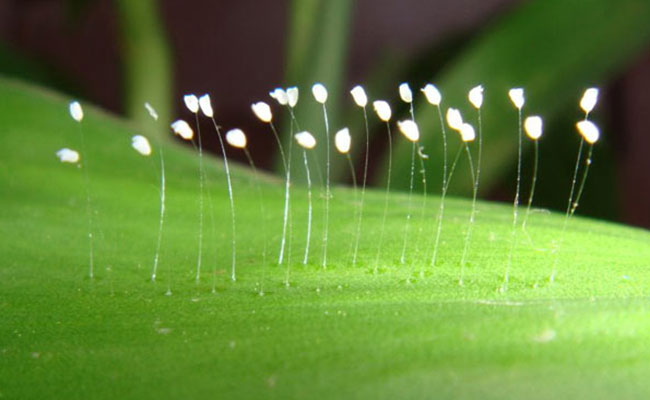 One of the largest and rarest flowers in the world, Corpse flower. It blooms once in 30-40 years and can grow up till the height of 20 feet. It gets the name corpse because it exudes an odour alike to rotten meat when it blooms.
● Scientific Name: Amorphophallus titanum 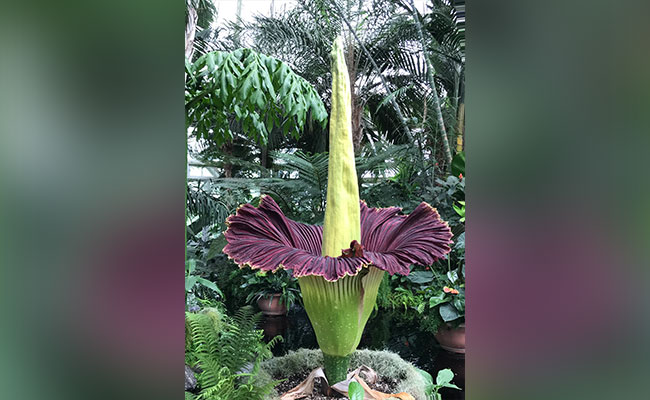 It is regarded as the national flower of Zimbabwe. It should be handled with care because parts of it are poisonous. Other common names are fire Lily, glory Lily.
● Scientific Name: Gloriosa superba 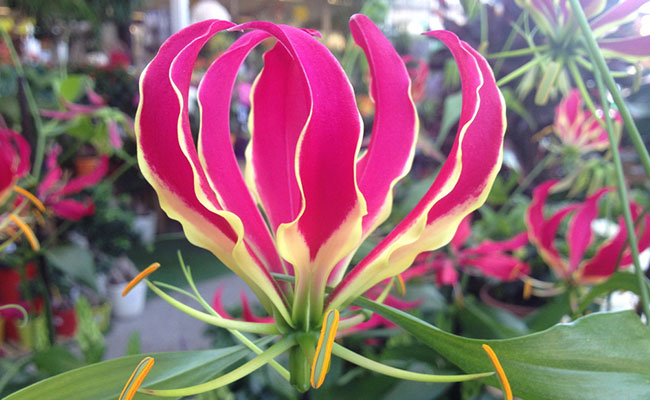 A native of Indonesia, stinking corpse Lily is said to be the largest in the world. It can grow up to 3 feet 9 (one meter) in diameter. It also has a similar odour as that of the Corpse flower, hence the name stinking corpse Lily. The flower has no visible stems, leaves, or roots.
● Scientific Name: Rafflesia arnoldii 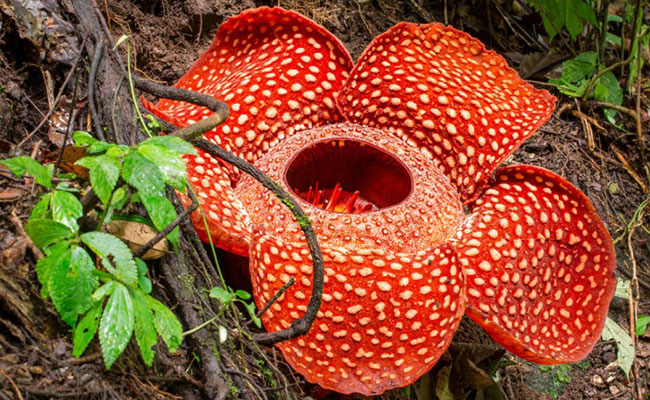 A member of the Orchid family, the Lady’s Slipper Orchid is protected by the Wildlife and Countryside Act of 1981 within the UK. It is also found in Asia and some European nations.
● Scientific Name: Cypripedium calceolus 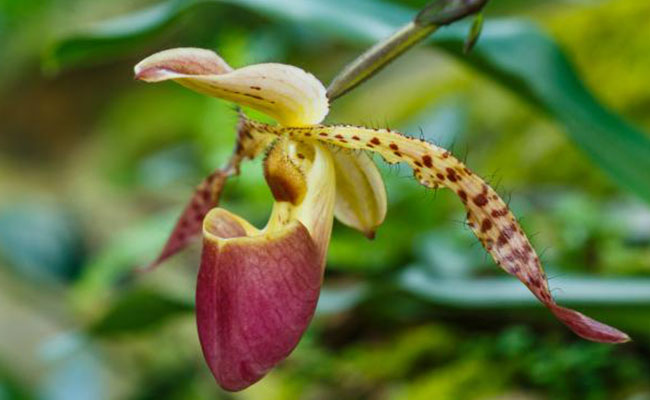 Mysteriously beautiful flowers, Jade vine bloom in shades varying from blue to green. These are claw-shaped flowers and are on the verge of going extinct because its natural habitat is being destroyed. They are restricted to the rainforest of the Philippines.
● Scientific Name: Strongylodon macrobotrys 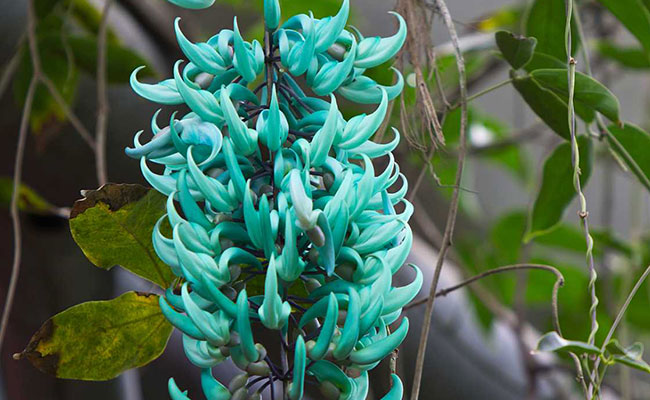 The flowers is Native to Mexico. It has reportedly been extinct in the wild for 100 years. Today, the clones of these flowers exist in protected areas. It has a dark, deep brown colour and emits a chocolate fragrance; hence the name.
● Scientific Name: Cosmos atrosanguineus 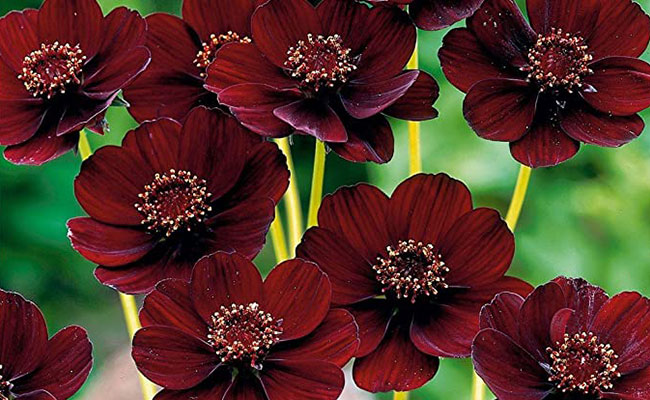 An interesting flower species with no scientific name. Youtan Poluo are tiny, white flowers that measure not more than 1 millimetre in diameter. These flowers have been described in Buddhist scriptures and are said to bloom once in a 3000 years.
● Scientific Name: Unknown.

Popularly known as Queen of the Night and Dutchman’s Pipe, the Kadupul flower rarely blooms; when it does, it is at night and wilts before dawn. It is native to Sri Lanka, but is also found in China, Japan, and India.
● Scientific Name: Epiphyllum oxypetalum 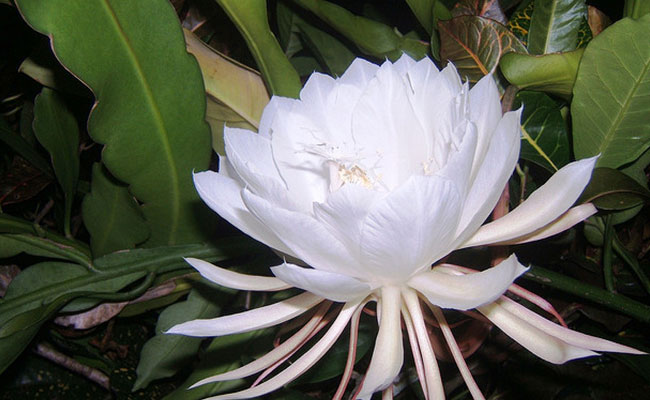 It’s not a flower, but a vegetable. It shares similarities with a bitter melon plant, and it’s produce tastes sour and bitter. It may be named Snake Gourd, but looks more like a spider-shaped flower.
● Scientific Name: Trichosanthes cucumerina 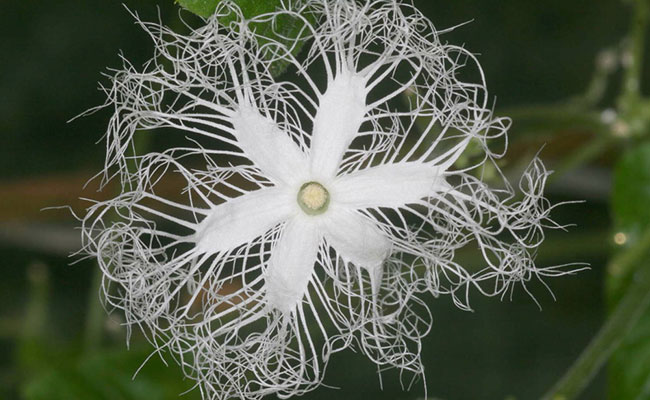 Spider Chrysanthemum has a striking appearance, making it weirdly beautiful and wonderful. They bloom into a dizzying array of forms and colours.
● Scientific Name: Chrysanthemum morifolium 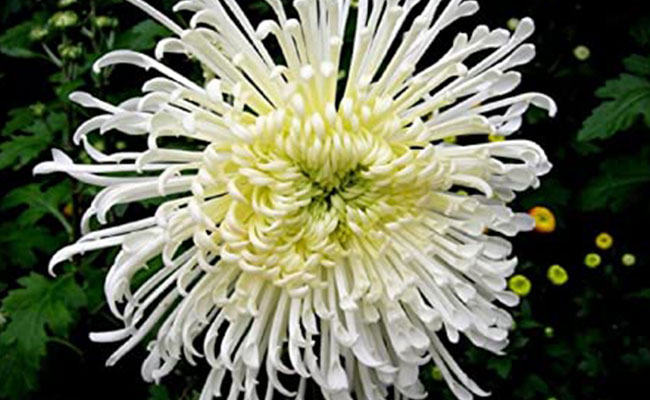 Nature never ceases to amaze us. It has again made us go wide-eyed and open mouth with its mysterious flowers.