Get closer to nature and channelise positivity all around you.

There is nothing more comforting than being in the arms of nature. With this trajectory in mind, many individuals try to spruce up their home and replicate their surroundings with elements of nature such as a flower basket, a creative arrangement, Feng Shui influenced indoor garden and even trimmed and managed backyard garden. There is something innately beautiful about being surrounded by nature and its elements. Perhaps this is one of the leading reasons for the rise of online flower delivery services because they have made the urban population keep in touch with nature and find its elements just a few clicks away! 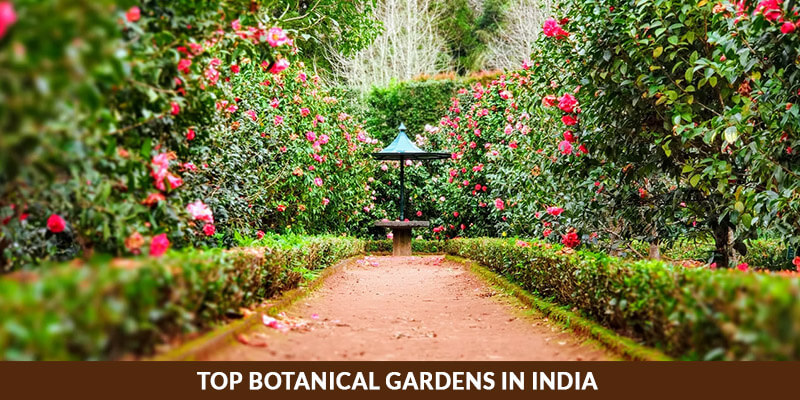 Rise of botanical gardens in India

One of the most important changes that urban dwellers have experienced with the growth of concrete jungles is the craving for being close to nature. In fact, most urban dwellers seek refuge in the lap of nature by taking frequent travel vacations and even indulge in workcations and staycations. Another very commonly spotted mark of greenery and nature in urban areas is the emergence of botanical gardens. Here we are about to introduce some of the most attractive hangout spots that give urban settlers a chance to experience nature from up close within the borders of their city.

Pinjore Gardens is also called the Yadavindra Gardens. This Indian botanical garden is situated at the foothills of the Shiwalik ranges. Pinjore is a religious and ancient historical place located 20 kilometres from Chandigarh and 14 kilometres from Panchkula. Pinjore houses a Japanese garden, mini zoo, plant nursery, guest houses, picnic lawns and the beautiful Mughal Gardens.

Architect Nawab Fadai Khan, who was the foster brother of Emperor Aurangzeb designed this garden. The garden was built on a classical Charbagh pattern with a central waterway, Sheesh Mahal or the palace of glass, Rang Mahal and Jal Mahal (the palace of water). 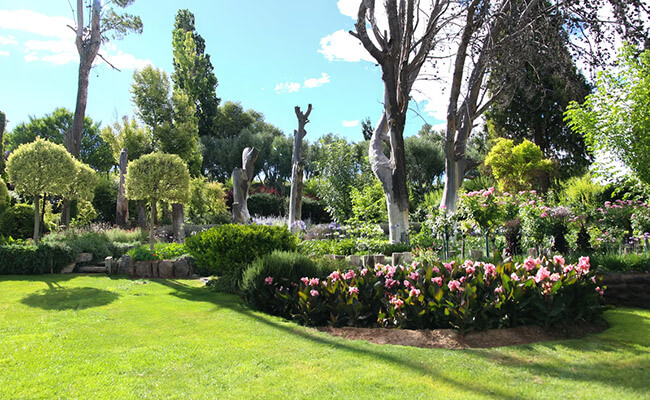 Rose Garden is not only one of the largest botanical gardens in India but also is the largest garden in Asia with thousands of rose species. It was named after the former president of India, Zakir Hussain. The garden started last 1967 under the guidance of Dr M.S. Randhawa, Chandigarh's first Chief Commissioner.

The 30 acre of land contains more than 17,000 plants with 1,600 roses and 50,000 rose bushes. Some of its varieties are hybrid and very rare. It also consists of medicinal trees like the Harar, bel, Behera, and yellow Gulmohar. The rose garden is a popular venue for the annual rose festival which is celebrated with more than 20,000 visitors. It is held at the end of February or the beginning of March. There are contests, competitions, stalls and cultural shows that delight tourists. 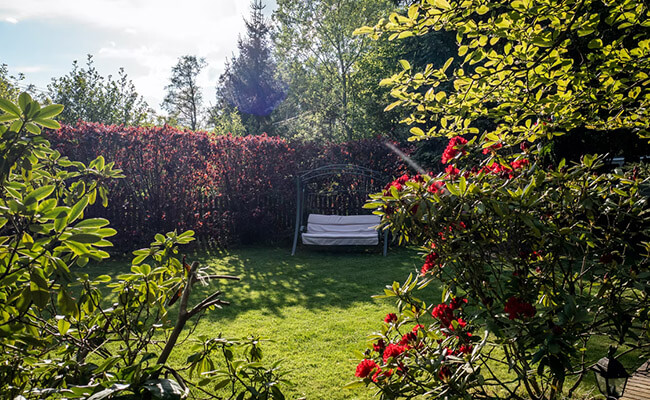 Though not a botanical garden, the Rock Garden is a splendid work of sculpture in Sector 1 of Chandigarh. The forty acres of land is located between the Capitol Complex and Sukhna Lake. The foundation was held by Nek Chand, the road inspector of the Chandigarh engineering department.

This garden is very unique because of its art objects made from urban and industrial waste. It uses discarded fluorescent tubes, broken chinaware, auto parts, mudguards, handlebars, broken glass bangles and building clays, coal and waste. The discarded materials were used to create sculptures of soldiers, palaces, temples, women, monkeys and village life.

The Rock garden showcases an open-air exhibition hall and is separated by tunnels, turns, twists and gateways. It is also enhanced with pools, waterfalls and a theatre. You will also find greenery in this garden. 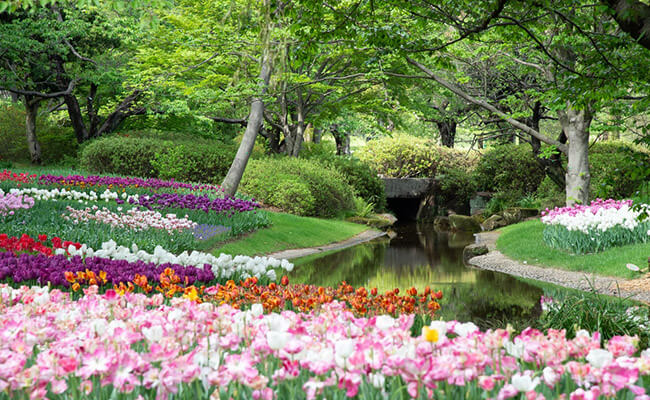 It is a botanical garden that was founded by Hyder Ali in 1760. Spread over 240 acres, this park nurtures more than 1000 species of flora and a Glass House. This garden is known for its wonderful concept of horticulture which helps plants to adapt to various climatic conditions. It is known for its construction of well-laid-out roads, paths, open spaces, shades and a Glass House. The best time to visit this park is during the annual flower show. 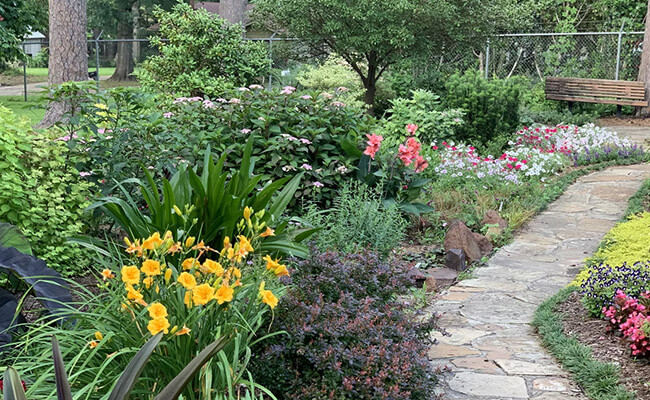 There is a very interesting story behind the evolution of the Sisodia Rani Garden. In 1728, Raja Sawai Jai Singh built the beautiful city of Jaipur, Rajasthan, at the same time this garden was given as a gift by the king to his beautiful queen. The name of the queen was Sisodia Rani, who belonged to another city of Rajasthan, Udaipur. The garden is situated nearly 10 kilometres on the outskirts of Jaipur. Sisodia Rani garden in Jaipur is artificial and follows the classic Mughal style. The idea on which the garden was designed is the delicate love of Lord Krishna with his beloved partner Radha. 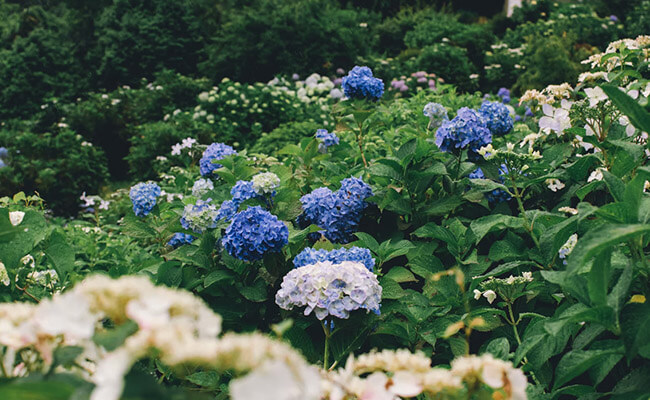 Many people say that the Sisodia rani garden is the most beautiful and captivating of all the gardens in Jaipur. They get hypnotised with the beautiful water channels and fountains that amazingly decorate the inner area of the garden. All the walls of the garden are highlighted with spectacular and vibrant frescos of Lord Krishna.

This exceptionally beautiful and striking botanical garden is the first botanical garden in India, situated 8 kilometres away from the city of Kolkata, at Shibpur area of Howrah district on the western banks of river Ganga, covering 273 acres area. It is the home of 12,000 species of plants. There are rare plants and trees collected from Nepal, Brazil, Java and Sumatra. It remains open from sunrise to sunset. This botanical garden was founded by Colonel Kyd in the year 1786 and the prime attraction of this garden is the 200 years old Banyan Tree. 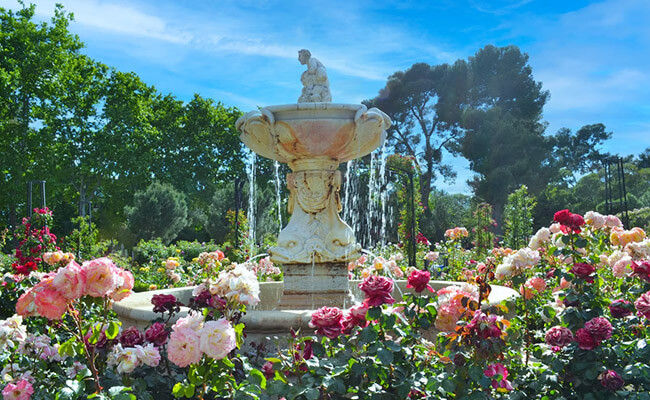