Why And How Holika Dahan Take Place???

The celebration of colours, Holi, is the most energetic among other Hindu festivals. It marks the end of winters in India and welcomes the spring season. On this colourful day, individuals play with vibrant colours, meet with dear ones and welcome each other to make fresh starts. But have you ever wondered why Holi is celebrated? Why do we use colours? What is the story of Holika Dahan in English? Well, here’s all you need to know about this festival of colour 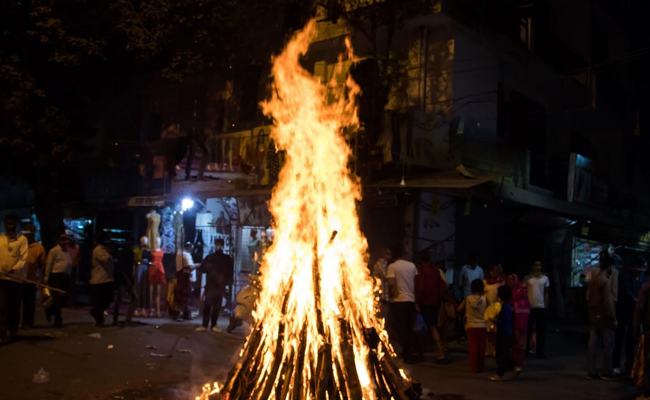 As per Hindu Holy books, King Hiranyakashipu, also called the ruler of satanic Asura, needed everyone to treat and worship him as the God. He was self-obsessed and incredibly powerful to be killed. The twist is that of all the people in the world, his child Prahlada was an admirer of Lord Vishnu - the preserver of the universe, and would not take Hiranyakashipu as the king. This prompted the King's sister Holika to grow enough wrath to kill him. She requested that he sit near a fire alongside her. She had a protective shroud which Prahlada didn't know about. It is believed that Prahlada's faith in the Lord Vishnu kept him alive that day as the veil took off evil spirit Holika and saved Prahlada. Holika got scorched while Vishnu killed the evil lord by taking up the avatar of Narasimha.

Following this famous Holika Dahan story, Hindus light a holi bonfire and burn old and futile things, just as Holika was burnt a night before Holi. And after that they have the tradition of singing and dancing around the bonfire, commending goodness and life. Rango wali Holi is celebrated with enthusiasm the following day.

A couple of days preceding the celebration, individuals begin gathering wood and other inflammable things for the bonfire. The ignitable materials are then assembled together in public places like parks, squares, colonies, or other open spaces. On the pyre, a structure of Holika is put to be burned according to the customs.

In the Vedic period, the sacred fire of Holi was burnt after chanting some mantras to eradicate and destroy the evil forces. Many believe that Holika Utsav is named after the fried oats or cereals or dried grains known as “Holka” in Sanskrit. These dry grains were utilized to perform “hawana” - a popular fire ritual. The “vibhuti” - sacred ashes from this dahan was spread on the head of the individuals who took part in the ceremony to destroy evil. This vibhuti is called “Bhumi Hari”. Till date there is a tradition of offering oat and wheat-like bajra into the Holika fire. So, if you are wondering what to put in Holika Dahan, then here’s your answer! 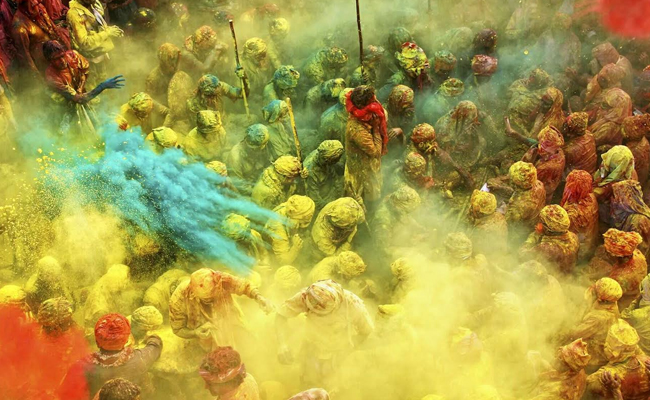 On the second day of Holi, Dhulandi or Rangwali Holi or Badi Holi, people gather and smear colours to one another and enjoy the colourful festival with great zest. Either people use dry colours to celebrate or use various water guns and balloons to have fun with colours. After that, Gujias are served along with Thandai (Bhang) in many parts of India and people exchange delightful gifts with their dear ones.

You can also choose a perfect gift for your dear ones to give them on this colourful occasion. Gift them something like a Holi plants combo, Holi cakes combo, Holi sweet combo, Holi flowers, special Holi chocolates, etc. to colour up their celebrations. 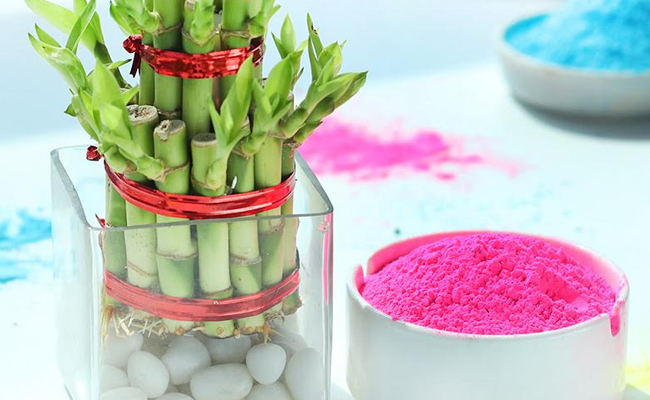 So, go ahead and celebrate the festival of colours with utmost joy and enthusiasm! Here’s wishing you a safe and happy Holi!