10 Inspirational Bollywood Movies You Must Watch on Teacher's Day

Teacher's Day, 5th of September, is the occasion to appreciate and celebrate the efforts and contribution of teachers for the development of the world.

And with Teacher's Day approaching, there will be lots and lots of write-ups about the ways of celebrating Teacher's Day. But we thought of bringing something interesting to your table as we have gathered the best Teacher's Day movies which you can watch to get inspired in many ways. 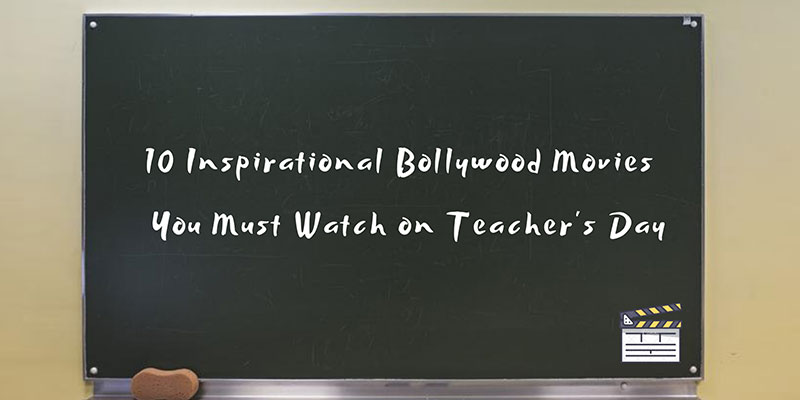 And all the movies that we are about to share with you, depicting the relation of teacher and students, are produced by our beloved Bollywood. So, you can, without a doubt, call this write-up a precisely explained list of top 10 Teacher's Day Hindi Movies.

Bestowed with the par-excellence performance of all-time greatest, Mr Amitabh Bachhan and nonetheless Rani Mukherjee, Black is a story of a deaf-blind girl and her relationship with her teacher who himself later develops Alzheimer's disease. The movie shows unorthodox methods of teaching used by the male protagonist to teach the meaning of the word to the female protagonist. 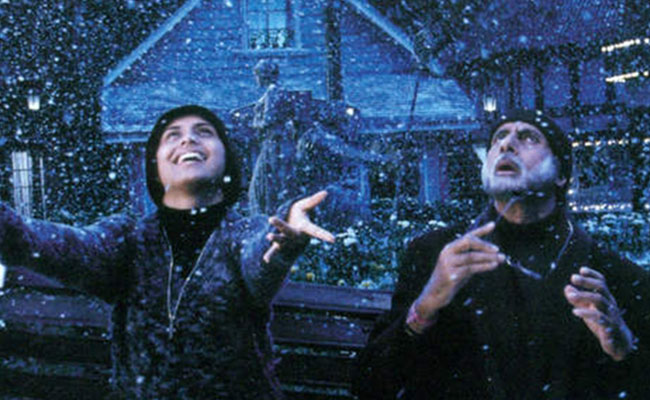 Released in 2007, Chak De India gave goosebumps to the audience. The story revolves around the Hockey Player/Coach played by Sharukh Khan who led Indian Women's Hockey Team to win the World Cup. But the connection between the coach and the players shows that students should believe and follow the teacher as he/she only thinks of best for students. 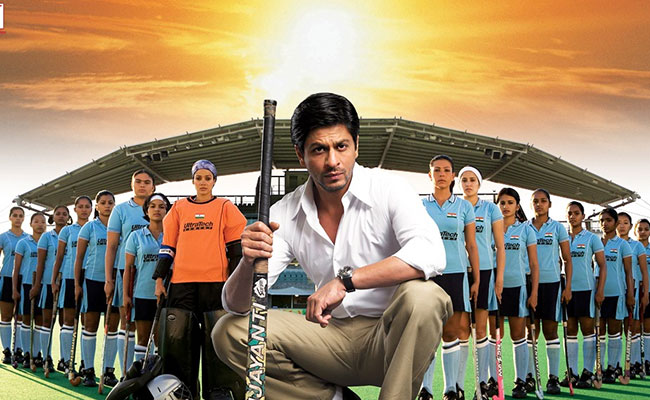 A gem from the duo of director Siddharth Malhotra and actress Rani Mukerji, Hichki throws light on the education system and the right to education is a decent way. The female protagonist takes the challenge of teaching the worst class of the school and with her efforts, makes the worst student into the best. 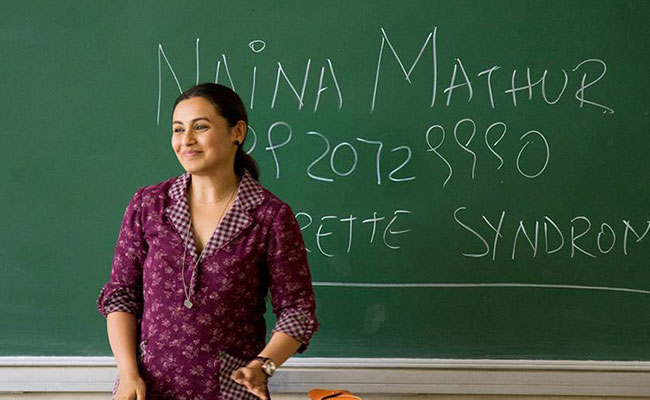 In the movie Iqbal, Shreyas Talpade portrays the role of a boy hard of hearing and without speech who dreams about playing cricket as a bowler for the nation. He asks a retired coach, played by Naseeruddin Shah, to train him. The movie shows a teacher turning his student into a gem and the student being caring about his teacher. 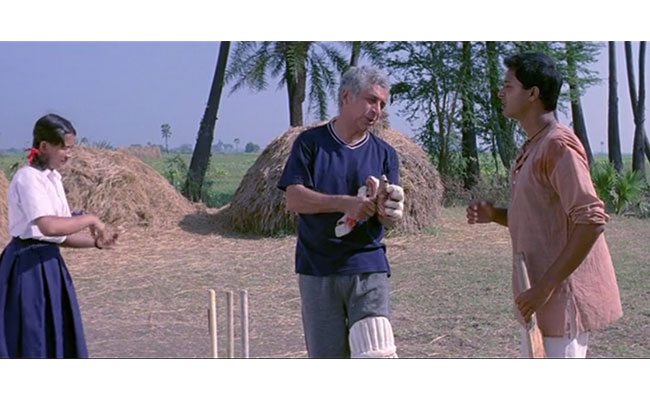 Based on the Bengali film Paribartan, Jagriti is a story of a problem child sent away to the boarding school and the teacher who makes efforts to put values in the student and to make him a well-behaved student. The movie was released in 1954. It is available to watch on Amazon Prime. 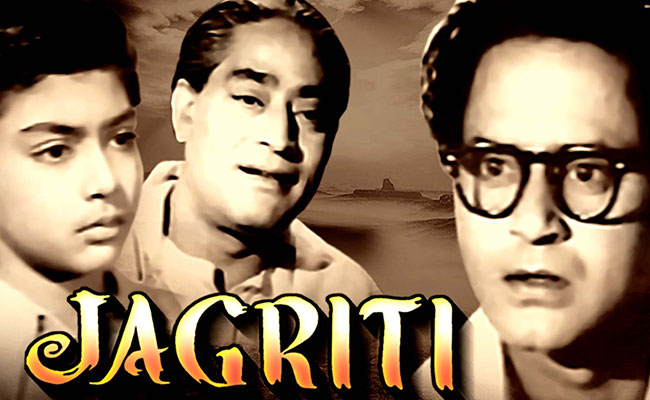 Directed by Abhishek Kapoor, Kai Po Che! is based on Chetan Bhagat's novel Three Mistakes Of My Life. We included this movie in the list of Teacher's Day Special Bollywood Movies because of the character played by Sushant Singh Rajput who falls victim to the politics in the cricket selection fraternity and then goes on to coach a local boy named Ali. 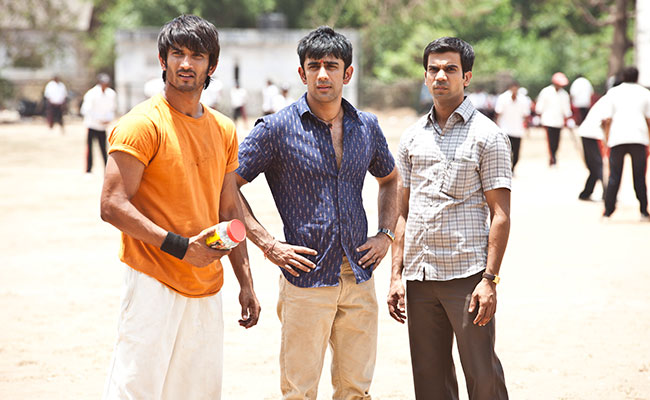 We have heard that a mother is the first teacher of a child and this movie perfectly depicts that on the big screen. The story shows a mother getting herself admitted to her daughter's class so that she can help her with the problems she faces in Math. Something unique and inspirational! 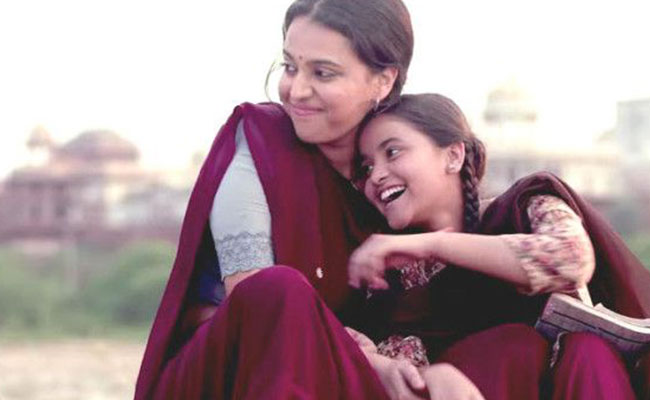 Legendary Bollywood actor Jeetendra played the male protagonist as a teacher who takes up the task of teaching five grandchildren of a rich man of the town. To define the aura of this movie, melodious and emotional are the words that fit precisely for portraying the relation of teacher and students. 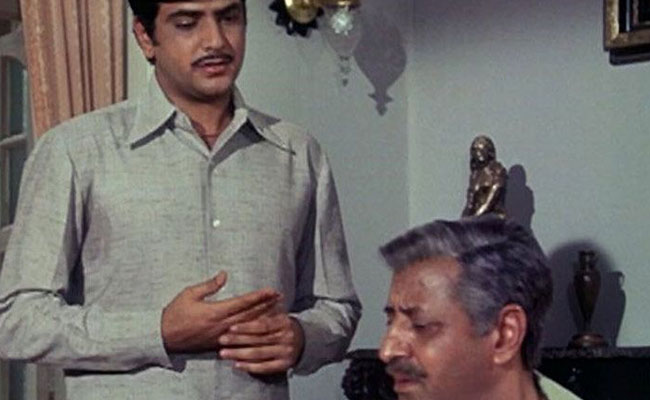 The movie is based on the true story of Anand Kumar who teaches 30 such students every year who can't afford the fees of IIT coaching classes. The movie shows the struggles of Anand Kumar and the efforts he made for the sake of the right of education. 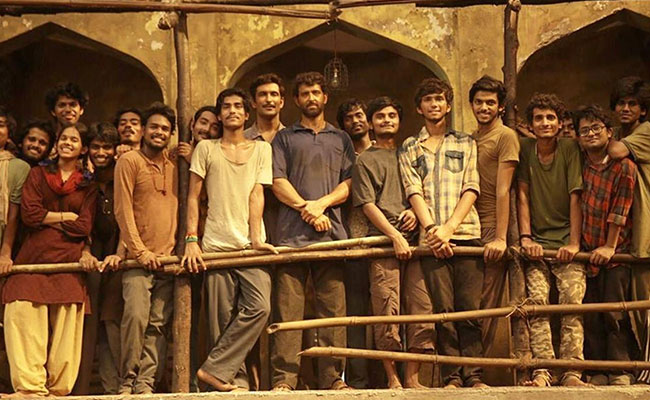 Bestowed with the performance of Bollywood's Mr Perfectionist, Aamir Khan, Taare Zameen Par is the masterpiece showing the unconditional love and efforts of a teacher for the students. It is the priceless and epitome of 'teacher's day movies' produced by Bollywood. 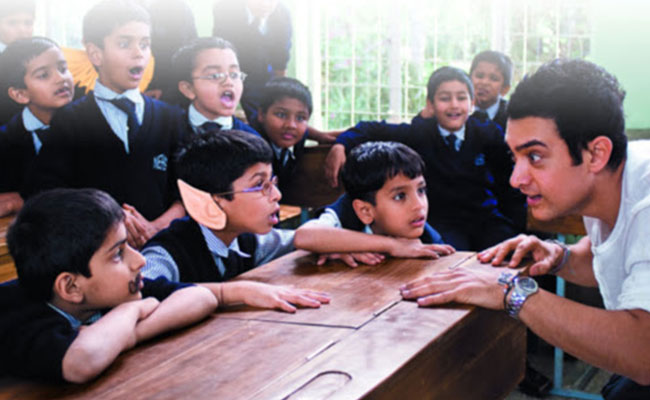 After watching the moves that you pick, make sure to surprise your favourite teacher with a lovely gift. And for that, online gifts for teachers day is what you should search over the internet.