Know The Meaning of Valentine Day

“Love is like the wind, you can’t see it, but you can feel it.” — Nicholas Sparks 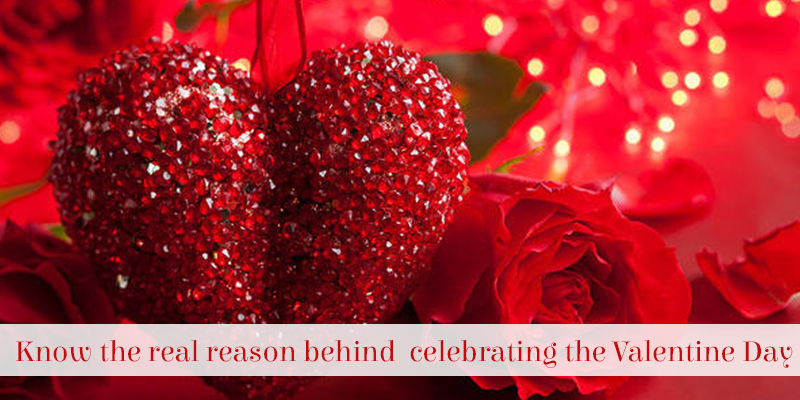 So, do you feel yourself to be surrounded by romantic love, friendship and admiration in a sweet comforting blanket of love? Well, if you do then you would always know it’s the season of love again. The annual carnival-like festival when people celebrate their love by sending messages of love and affection to partners, family, and friends. While most people in love usually celebrate this day of love by spending some quality time together but with changing times and interpretations, people have molded the original reason into spreading the joy and love to all those who need and believe in the concept of this beautiful festival. You probably guessed it right, if you were thinking about Valentine’s Day. But the question is - how did this much popular festival come into being?

Well, as per what history claims, this festival is named after Saint Valentine, a Catholic pastor who used to reside in Rome in the 3rd Century. Christians were not allowed to do certain things under the rule of Emperor Claudius II. Emperor Claudius II was a pagan and was very strict or particular about the adherence of traditional Christian laws. At that time, Romans were converted into Christianity and looking at the intensity of the scenario, he passed a law claiming that no Roman soldier cannot marry because, for them, there should be nothing bigger than their love for their nation.

But, Valentine’s secretly helped these soldiers to get married in a Christian nuptial ceremony. This was the beginning of his reputation for believing in the importance of love. Eventually, Claudias found his conspiracy and jailed him for his crime of going against him. Even after being imprisoned, Valentine still couldn’t keep himself from helping his fellow prisoners and also caring for his jailor’s blind daughter. Further, it is also said that this legend cured the girls’ blindness and wrote a letter of love to her which was signed as ‘from your Valentine'.

As St. Valentine, the epitome of love was executed on February 14, 270, it is seen to be the beginning of the tradition of courtly love, a ritual of expressing love and admiration, that was kept usually as a secret. Later, it was seen across Europe, on every February 14, a High Court of Love was open where female judges would rule on issues related to love. People used to claim that these meetings were actually like an open session for reciting poetry on love and playing games of flirtation.

From then to now, Valentine’s Day is celebrated all across the globe and in different ways. But, the beautiful message of spreading love has remained the same. While some people celebrate different days expressing their love during Valentine’s week like propose day over propose day gifts, kiss, hug day and other such days, some other people just only celebrate February 14. It is supposed to be treated as a romantic day when lovebirds usually treat each other with some special gifts. Basically, pamperings are at its peak when Valentine’s is around. Earlier, people used to send each other Valentine’s special greeting cards decorated with pictures of cupid, hearts, and flowers and trimmed with lace and ribbon. From there, people in today’s generation still see these images as symbolizing love, all over the world.

While some people prefer staying indoors (Netflix and chilling together), others like to spend some cozy time together, dining out, watching a movie or going places. To make their bond super special or as they say, to seal the deal, some couples even pop up the question of having a happily ever after to their boos during this time of the year. Marriage proposals made on Valentine’s day are even more romantic, so people can’t help themselves from replying to a “YES” in response. So, what’s your way of celebrating Valentine’s? We bet it is something more than just passing on a bouquet full of roses, orchids, lilies, and other exotic flowers to treat your exotic lover in the best possible manner.